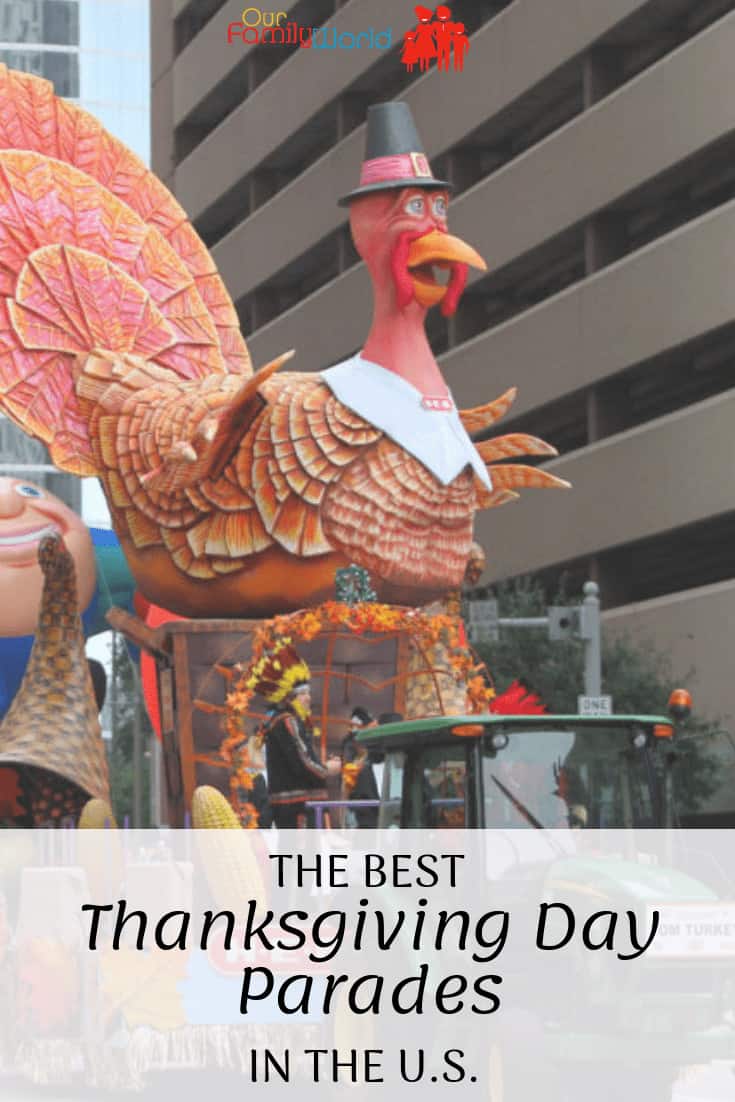 While Thanksgiving is about food, family and friends, parades are also a big part of the holiday. Kids and older ones will enjoy the marching bands, colors, costumes. While parades can be fun to watch, it is important to remember some safety rules during these events. If a parade is too crowded, consider watching it from the comfort of your home. We don’t want you to get hurt. We just want you to have fun. Here are some of the best Thanksgiving Day parades in the U.S.

The Best Thanksgiving Day Parades in the U.S.

Macy’s Thanksgiving Day Parade is held in New York City, New York and is probably one of the most popular ones around. It is estimated that over 3.5 million people head to New York City each year to watch the parade, making it not only one of the largest in the U.S. but the oldest as well. In addition, over 50 million people across the U.S. watch the parade from their homes. The Macy’s parade is filled with talented marching bands, colorful floats and favorite character giant balloons.

America’s Hometown Thanksgiving Parade is held in Plymouth, Massachusetts. History has it that the very first Thanksgiving meal was held in Plymouth, Massachusetts in 1621, making Plymouth the ideal spot for a historic parade. The parade takes place along Main Street and features floats that represent important parts of the story of America. The floats are displayed in chronological order from the 17th century to today. This parade is not held on Thanksgiving Day but instead takes place the Saturday before Thanksgiving. The music of the parade is done by military bands as well as drum and bugle corps.

McDonald’s Thanksgiving Day Parade is held in Chicago, Illinois from State Street to Congress Street to Randolph Street. The leaders of this amazing parade are the elephants from the Ringling Bros. and Barnum & Bailey Circus. The McDonald’s parade also features huge balloons that many kids will recognize like Ronald McDonald, Kermit the Frog and Cookie Monster as well as festive and colorful floats. This parade is also broadcast nationally so you can watch from home.

America’s Thanksgiving Parade is held in Detroit, Michigan that starts on Woodward Avenue and finishes on Congress Street. The parade features decorated floats and huge helium balloons. One favorite part of the parade is ‘Big Heads.’ These are paper-mache items that look like bobbleheads with a costume and represent funny animals, silly clown, famous legends and world cultures.

Did you attend one of these parades in Thanksgiving? Which one? Tell me in the comment section.

19 thoughts on “The Best Thanksgiving Day Parades in the U.S.”