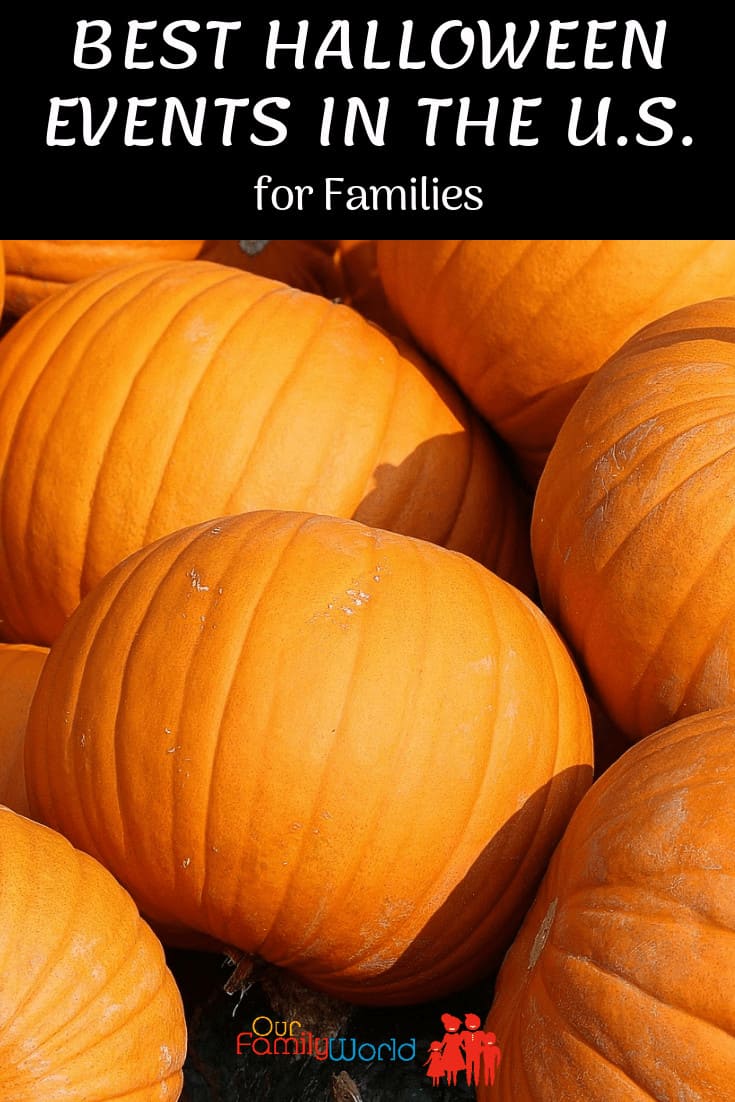 Halloween is a holiday that is fun, exciting and mysterious all at the same time. All throughout the United States, people celebrate Halloween with various events like parades and festivals. If you want to do a little traveling during the holiday, check out some of the  best Halloween events in the U.S. for families.

Related: How Halloween is Celebrated Around the World

Best Halloween Events in the U.S. for Families

This parade takes place in Greenwich Village, New York each year on Halloween night. The event sees around 2 million visitors each year and is known as the world’s largest Halloween event. The half parade, half party features bands, floats and circus performers. The Greenwich Village Halloween Parade is the only Halloween parade held at night in the United States. Held annually in the heart of Los Angeles, the West Hollywood Halloween Festival is known as the largest Halloween street party in the world. The festival is held on Santa Monica Boulevard and features approximately 500,000 participants.

Festival of the Dead

The Festival of the Dead takes place in Salem, Massachusetts. Salem, Massachusetts is most famous for its Salem Witch Trials of the 1600’s. Salem sees close to 500,000 visitors annually for the 31 day event, lasting the month of October. One of the popular events of the festival is the Annual Psychic Fair and Witchcraft Expo, held each day of the festival. This provides visitors the opportunity to interact with mediums and psychics. Another popular event is the Salem Witches’ Halloween Ball that is held at the Hawthorne Hotel. During this ball, hundreds of folks gather to summon the Halloween spirits. If you can’t make it to this particular event (it gets booked up quickly), Salem has tons of great festivities all throughout the fall! It’s such a neat place to visit. I definitely recommend taking a stroll past the famous House of Seven Gables, regardless of when you go!

The Louisville Zoo Halloween Party is considered to be the largest Halloween party in the world. The zoo is magically transformed into a Halloween extravaganza for the annual party. Thousands of families flock to the zoo each year to take part in trick-or-treating events among the zoo animals like the giraffes, bears and zebras. Photo opportunities are also available with the characters from The Wizard of Oz, Frozen and Pirates of the Caribbean.

The story of the headless horseman of Sleepy Hollow has been a Halloween staple long before Ichabod landed in the 21st century and met Lt. Abigail on the hit Fox TV show! The town hosts numerous Halloween events starting in September and all throughout October. Check out their calendar and book early, many of the events sell out! No worries, though, if you can’t do one of the main events, just visiting the town is a Halloween treat!

Have you ever been to any of these best Halloween events in the United States for families? Which one would you go to if you had the chance? Tell us in the comments!

5 thoughts on “Best Halloween Events in the U.S. for Families”