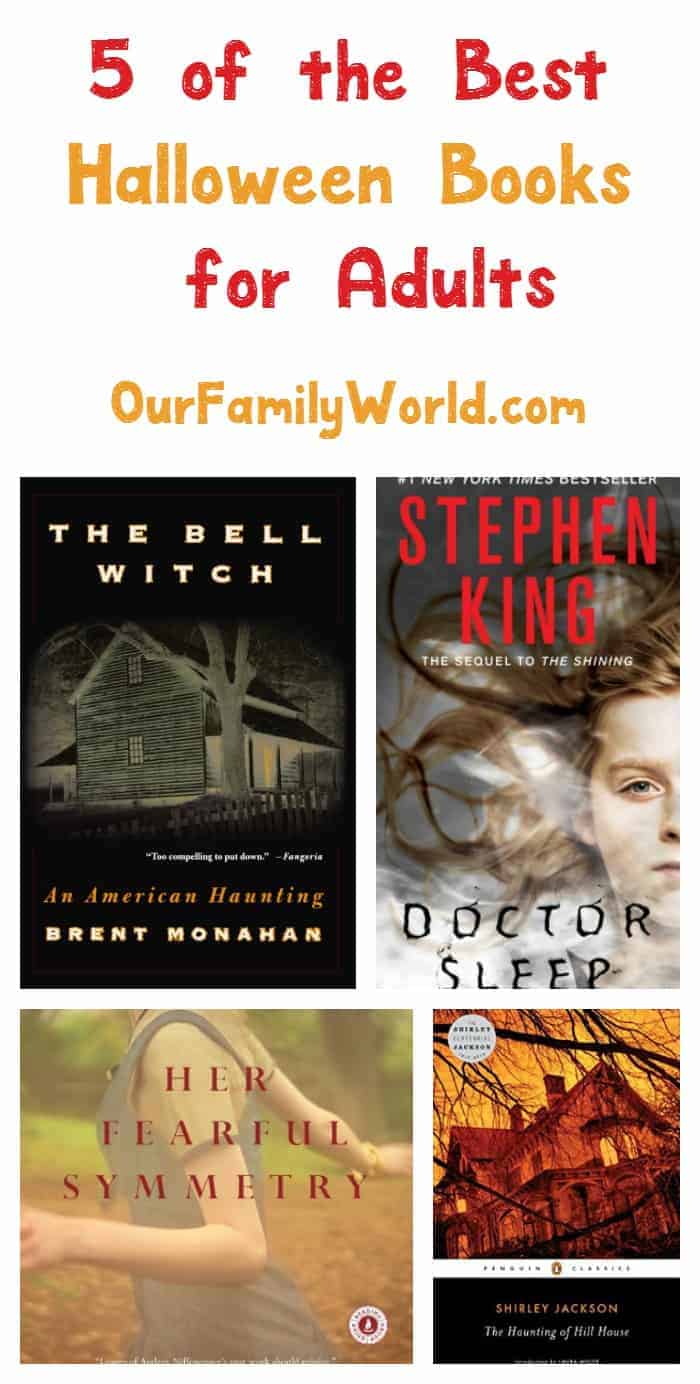 There’s nothing quite like losing yourself in a scary story. I’m always on the hunt for the best Halloween books for adults to get me in the spirit (pun intended!) of the holiday. I love spending rainy days lounging on my comfy couch scaring the pants off myself with a terrifying tale! Of course, I sometimes regret it later, when I’m running through my dark bedroom to dive under my blankets before the monster under the bed grabs my feet! No matter how scared I end up making myself, I always go back for more! Check out a few scary Halloween books for adults that are on my to-be-read list this year!

Related-> Halloween Movies That Make You Sleep with the Lights on For Months!

was published in 2013 and written by Stephen King. It is the sequel to his 1977 book The Shining. The story picks up the events of The Shining, with Danny now a middle-aged man. According to the Fantasy Book Critic, “All Stephen King novels require a baddie or a set of them. No disappointment here. King has again succeeded in taking the ordinary and making it horrifying.”

Rest in Pieces: The Curious Fates of Famous Corpses

Rest in Pieces: The Curious Fates of Famous Corpses

was published in 2014 and written by Bess Lovejoy. I have this book, and I absolutely love it. It is a bit morbid but an awesome read. The book showcases the stories of what happened to the corpses of some of the most famous people in the world after they died. Like, did you know that counterfeiters attempted to steal the corpse of President Abraham Lincoln? According to Publishers Weekly, “Repeatedly illustrating with a hearse-load of case studies that “final resting place” is a relative term, Lovejoy digs up a litany of strange-but-true tales of the postmortem adventures of all manner of famous corpses throughout history.”

The Haunting of Hill House

The Haunting of Hill House

was published in 1959 and written by Shirley Jackson. If you like terror over horror, this is the book for you. It tells the tale of 4 people who arrive at Hill House. When they first arrive, nothing seems out of the ordinary except for a spooky encounter now and then. However, Hill House gains its powers, and no one will be the same again. According to Dark Echo, “Shirley Jackson’s The Haunting of Hill House is worthy of every ounce of notice it receives. Both critically and popularly acclaimed, The Haunting of Hill House is, unquestionably, one of the finest horror novels ever written.”

The Bell Witch: An American Haunting

The Bell Witch: An American Haunting

was published in 1997 and written by Brent Monahan. The Bell Witch is a legend that has been around forever. In Tennessee, she is known as Old Kate and moved in with the Bell Family in 1818. Legend has it that this ghost actually took a man’s life. According to Dark Echo, “The reader is drawn easily into the story and to these characters and situations from the past. The actual cause and resolution of the supernatural disturbances seem quite contemporary but historically acceptable.” The story of the Bell Witch has been written by numerous other authors, including a Kindle version by John F.D. Taff, pictured above.

was published in 2009 and written by Audrey Niffenegger. It tells the tale of twin girls who move to London after their aunt dies and leaves them her home. The residence is located next to Highgate Cemetery, and it appears that not everyone in there is dead. According to the New York Times, “Obsession is the order of the day. Niffenegger digs deep into various forms of love, including the oppressive closeness between both pairs of twins and the beyond-the-grave ardor of Elspeth and Robert.”

Do you have any picks for the best Halloween books for adults? Tell us your favorite scary stories in the comments!

17 thoughts on “5 of the Best Halloween Books for Adults”