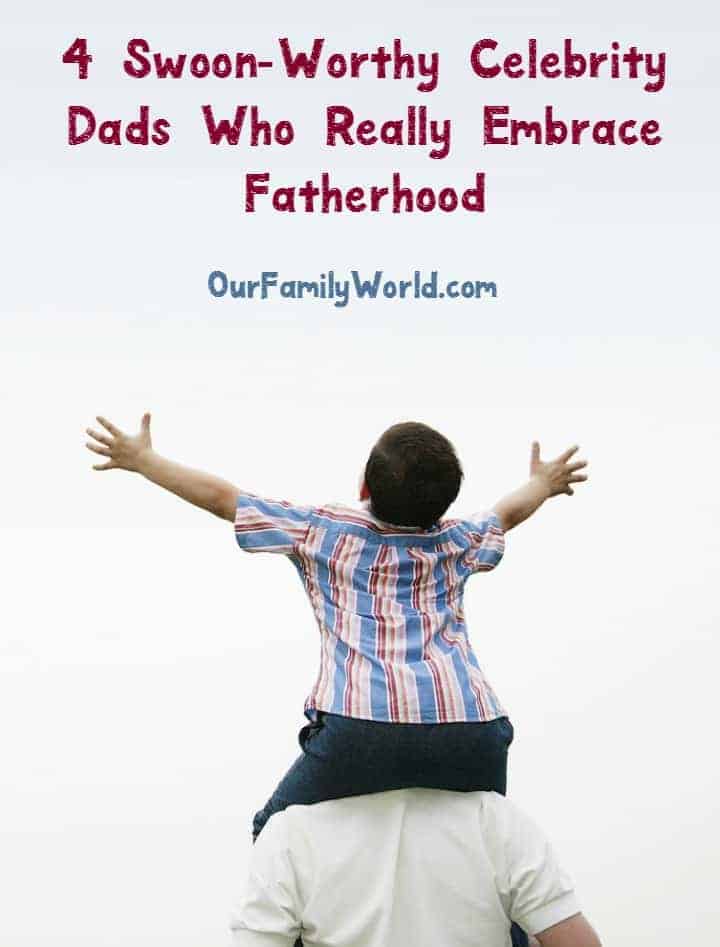 Since Father’s Day is right around the corner, we thought it would be fun to honor some of the most popular celebrity dads in Hollywood! While there are tons of famous fathers in Tinsel Town, it seems like there are a few dads that really embrace the role of fatherhood as their most important ever. Check out our four favorite top Hollywood dads!

Related: Best Movies to Watch with Dad on Father’s Day

The Most Popular Celebrity Dads

Brad Pitt was born on December 18, 1963 in Shawnee, Oklahoma. He is best known for his roles as Louis de Pointe du Lac in the 1994 Interview with the Vampire, Joe Black in the 1998 Meet Joe Black, Rusty Ryan in the 2001 Ocean’s Eleven, Benjamin Button in the 2008 The Curious Case of Benjamin Button and Gerry Lane in the 2013 World War Z.

Justin Timberlake was born on January 31, 1981 in Memphis, Tennessee. He is best known for being the lead singer in the band NSYNC from 1995 to 2002, producing hit songs such as Bye Bye Bye, It’s Gonna Be Me and Pop. As a solo singer, Timberlake has had hit songs like Cry Me a River and  Rock Your Body.

Justin started dating actress Jessica Biel in January of 2007, they were engaged in December of 2011 and married in Italy on October 19, 2012. Together, the couple has one child, Silas, born in April of 2015.

Ryan Reynolds was born on October 23, 1976 in Vancouver, Canada. He is best known for his roles as Van Wilder in the 2002 National Lampoon’s Van Wilder, Mike Connell in the 2009 Adventureland, Green Lantern in the 2011 Green Lantern and Deadpool in the 2016 Deadpool. Ryan began dating actress Blake Lively in October of 2011 and married in South Carolina on September 9, 2012. Together, they have one daughter, James, born December of 2014 and the couple announced in April of 2016 that they were expecting their second child together.

Ben Affleck was born on August 15, 1972 in Berkeley, California. He is best known for his roles as Chuckie Sullivan in the 1997 Good Will Hunting, AJ Frost in the 1998 Armageddon, Captain Rafe McCawley in the 2001 Pearl Harbor, Tony Mendez in the 2012 Argo and Bruce Wayne/Batman in the 2016 Batman vs. Superman: Dawn of Justice.

Ben started dating actress Jennifer Garner in the summer of 2014 and were married in the Turks and Caicos Islands on June 29, 2005. Together, the couple has 3 children: Violet, born in December of 2005; Seraphina, born in January of 2009 and Samuel, born in February of 2012.

With such busy careers as some of Hollywood’s biggest “it” men, we hope that these celebrity dads will take some much-deserved time for themselves to spend with their kids this Father’s Day!

Who are your favorite celebrity dads? Tell us in the comments!