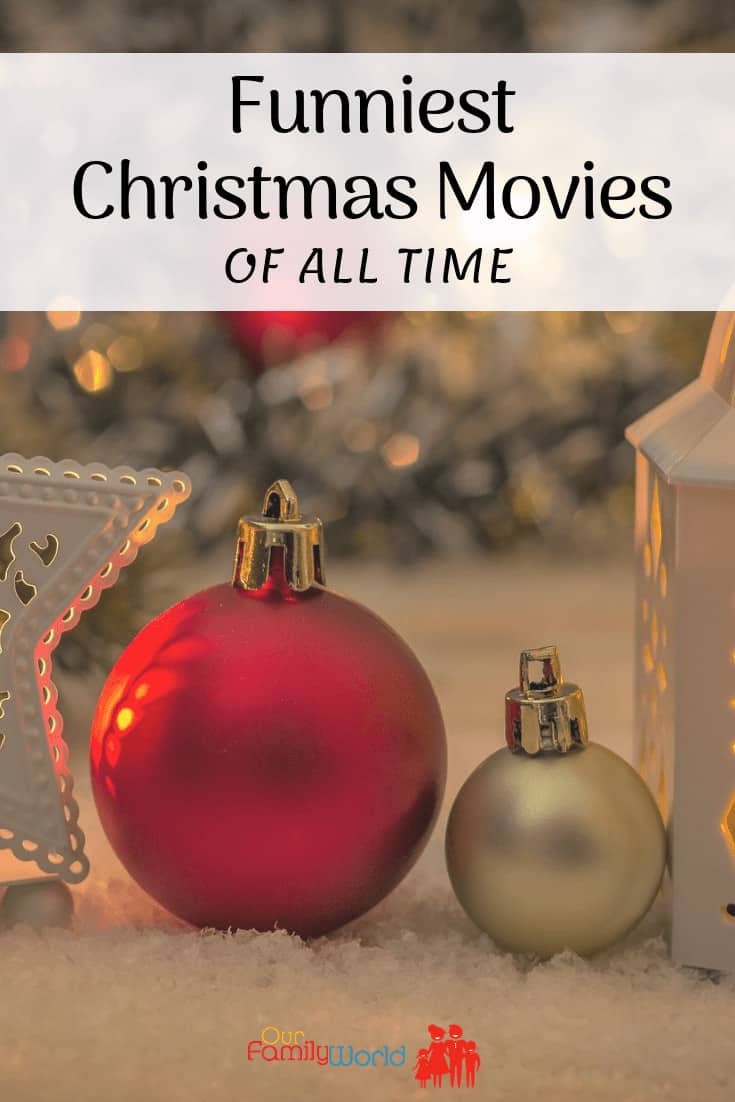 As much as we love those tearjerker sentimental Christmas flicks in my family, sometimes we just want a good laugh! That’s when we turn to one of these funniest Christmas movies of all time! They’re just what we need after a long day at work or school. Perfect for Friday night movie night! We grab our favorite movie snacks, turn down the lights, turn on the Christmas tree, then snuggle up and laugh! Check out our favorite funniest Christmas movies of all time!

Funniest Christmas Movies of all Time

Elf was released in 2003 and stars Will Ferrell, James Caan, Bob Newhart, Ed Asner and Zooey Deschanel. The story is about the life of Buddy, an orphanage baby who hid in Santa’s bag and hitched a ride to the North Pole. Buddy is now an adult, after being raised by Santa and his elves. Buddy wants to find his birth father, who doesn’t know Buddy even exists. What happens when Buddy finally meets his birth father?

Ernest Saves Christmas was released in 1988 and stars Jim Varney, Douglas Seale, and Oliver Clark. Ernest is a caring yet odd cab driver who sometimes has delusions of grandeur. When Ernest discovers Santa Claus is his passenger one night, he also discovers that Santa doesn’t want to be Santa any longer but his successor’s agent doesn’t make things easy. It is up to Earnest and an unlikely hero to save Christmas.

Scrooged was released in 1988 and stars Bill Murray, Karen Allen, Bobcat Goldthwait, Alfre Woodard, Carol Kane, John Forsythe, John Houseman and Robert Mitchum. Frank Cross is a selfish and cynical owner of a television station. Frank didn’t have such a splendid childhood, so he isn’t a big fan of Christmas. However, when the ghosts of Christmas past, present and future pay him a visit, he knows he must make some changes.

Home Alone was released in 1990 and stars Macaulay Culkin, Joe Pesci, Daniel Stern, Catherine O’Hara and John Heard. The McCallister family is preparing to take a vacation to France for the holidays. The morning that they are to leave, the family is rushing around to get out of the house and to the airport on time for their flight. However, in the midst of the chaos, they forget young Kevin at home. While Kevin loved the freedom of having the house to himself, he soon discovers two burglars are in the midst of robbing the house on Christmas Eve. Kevin springs into action to stop the bad guys and bring them to justice.

For more Christmas and winter ideas, visit a few of my favorite bloggers:

Do you have any other favorites that should be crowned as the funniest Christmas movies of all time? Share in the comments!

16 thoughts on “Funniest Christmas Movies of all Time”