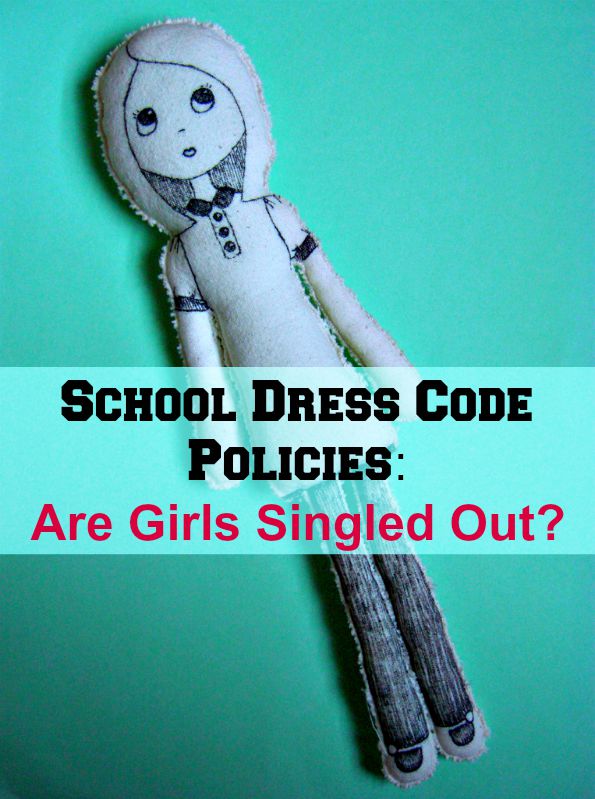 A short while back, we saw a news story that we posted on the Our Family World Facebook page that involved a teenage student who is given a detention in a New Brunswick school because she wore a dress that exposed her back and shoulders. The school deemed her attire inappropriate, saying that she could potentially be distracting the young men at her school. Here is the dress she wore: 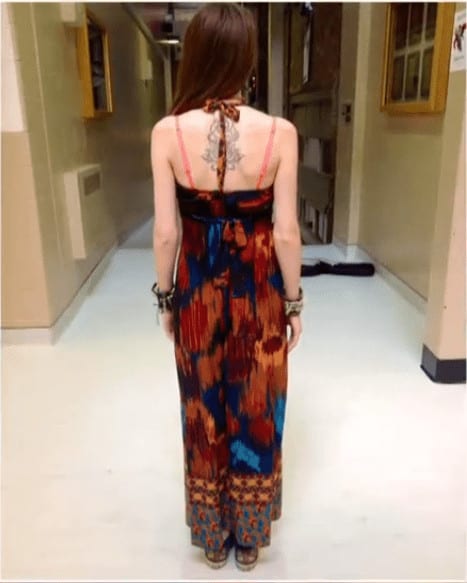 The school dress code prohibits clothing that is excessively revealing including:

The student wrote a letter to the school saying that the treatment was unfair. She states if young men are distracted by her shoulders they should be sent home and practice self-control. The school then suspended her. Students at other schools are speaking up also, as they feel that these dress codes are unfairly targeting female students.

PROS: Students Should Wear Appropriate Attire In A School Environment

Supporters of the school policy feel that the dress code policy is there to protect the school environment as a place of learning. The school states that the policy is not intended to be sexist. The superintendent stated they are willing to work with students who feel the rules are unfair. Currently, the rules are as stands.

Some feel that the rules are in place to help maintain order and that students should follow those rules. There are many instances in life after high school where we are required as adults to adhere to a certain dress code. The school’s dress code is specifically there to protect students, promote safety and minimize distraction. According to the American Civil Liberties of Vermont, a dress code or public school uniform case has not yet been heard by the Supreme Courts in the US. According to the article, scholars feel it is unlikely a school’s dress code policy would be overturned. Cases that have gone before lower courts regarding dress codes and public uniforms have generally sided with the schools.

Our Facebook page is lighting up with some parents who are siding with the school in enforcing dress code policies. Check out one of the comments:

Some students and parents are against the current dress code policy. They feel the school is unfairly targeting female students and that the policy is sexist. Female students spoke out with a rally and feel that the policy is promoting what they refer to as a “rape culture.” If you are not familiar with this term, the Women Against Violence Against Women Rape Crisis Centre includes a detailed description on their website. This concept refers to when a society normalizes sexual violence and male aggression towards women. This can include everything from sexual remarks to the act of rape itself.

Related: Setup for Rape: My Personal Stories About Bullying

Another way to describe this concept is that the school is creating a culture where it is teaching young girls “not to get raped” but not teaching boys “not to rape.” This concept can be applied to this situation, as the principal told the student that the clothing was not appropriate because it would distract young males in her school. Supporters feel that sexual aggression is normalized through enforcement of this policy.

Readers, what do you think? Should the dress codes remain as they are? Are school dress codes unfairly targeting female students? Do these policies create a “rape culture?” Let us know in the comments!

23 thoughts on “School Dress Code Policies: Are Girls Singled Out?”