Saving money on a Disney vacation doesn’t have to be hard or mean missing out on the fun! Check out these 10 simple tips that can save you a boatload of cash! 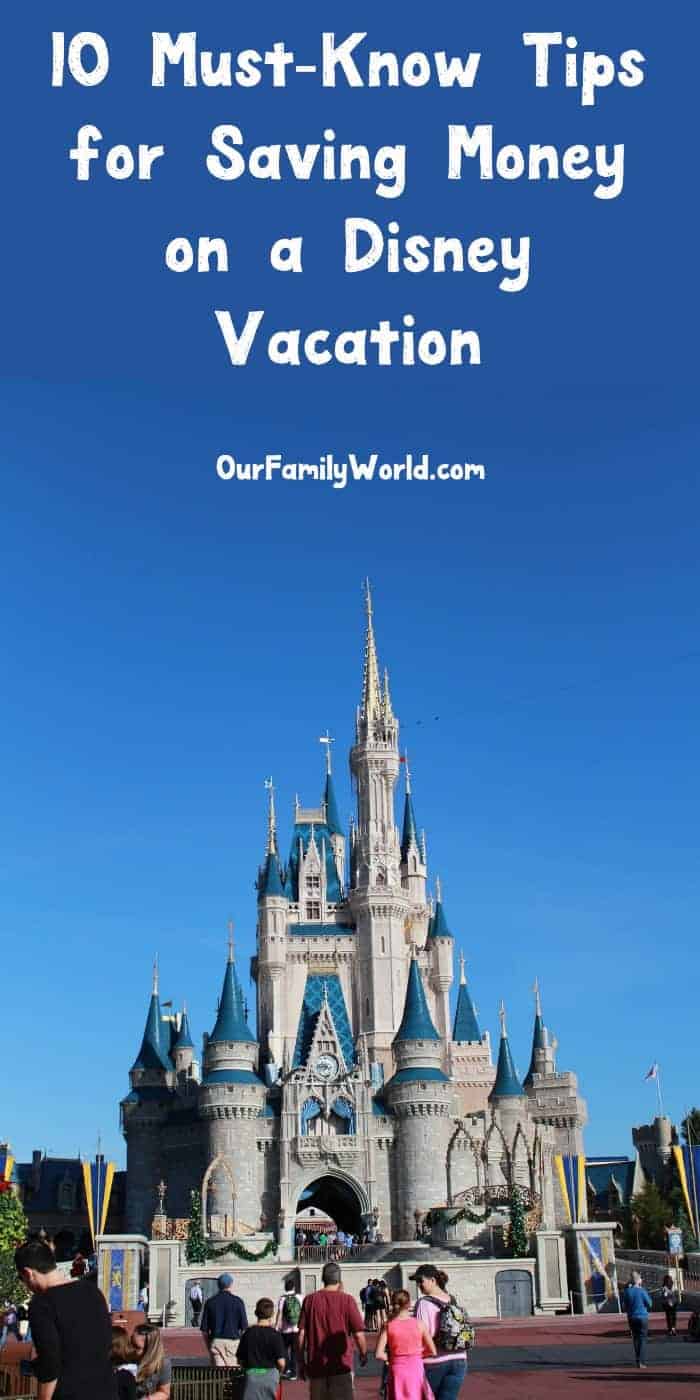 Walt Disney World is one of the top family vacation destinations in the U.S. In 2016, the Magic Kingdom recorded 20.4 million visitors for the year. However, a trip to Disney World can be a costly one. A moderately priced 5-day, 4-night Disney vacation for a family of 4 costs about between $3,200-$4,000, according to the Huffington Post. The good news is that there are several ways you can save money, to bring your vacation costs down! Let’s talk about a few of them!

Tips for Saving Money on a Disney Vacation

1. Plan your vacation for one of the off seasons

If you can wait until the off season, you can save a boatload of money on your Disney vacation. Attendance is at its lowest from January (after New Years Day) through mid-February (right before Presidents Day). Right after Labor Day until right before Thanksgiving is another good time to go. If you want to plan your vacation closer to the holidays, there’s a small window of opportunity right after Thanksgiving until about the week before Christmas. Pixie Dust Travel does a great job of explaining the best times to visit it you want to save money.

Choosing to purchase your Walt Disney World tickets from an authorized ticket broker may save you a bit of cash. Some of the more popular reliable and reputable brokers include Get Away Today, Official Ticket Center, Park Savers and Undercover Tourist.

3. Get discount tickets for various memberships

Certain memberships and affiliations allow you to save money on your Disney World tickets. This includes Florida residents; military personnel and their dependents; employees of large companies, major government agencies, professional organizations and unions; faculty, staff and students of the University of Central Florida; members of the Disney Vacation Club; annual pass-holders and Disney Premier Visa and Disney Rewards Visa credit card holders.

4. Stay at an off-site hotel

5. Eat before you go to the park

Eat a hearty meal before heading into the park. Don’t overdo it, you don’t want to get sick on all of the spinning rides after all, but definitely eat your fill. Choose complex carbs and protein, like eggs with whole wheat toast and a bowl of whole-grain cereal versus pancakes and sugary syrup. You’ll feel full longer and won’t be tempted to grab expensive snacks in the park. If you’re staying at a hotel with a good free breakfast, you’ll save even more money!

6. Make lunch the main meal of the day

Many people usually make dinner their big meal of the day. However, by making lunch your main meal of the day instead, you can save an average of 15% on your dining costs. This is because many restaurants feature some of the same menu items on both their lunch and dinner menus. The difference is that the lunch menu items tend to be cheaper. If you’re still full from breakfast at lunch time, you can always push it off until later, just make sure you get there with enough time to eat before the menu rolls over from lunch to dinner.

Character meals are just that- meals with certain Disney characters. However, you definitely pay for that experience. For instance, Breakfast with Cinderella at Cinderella’s Royal Table will cost you about $60 per adult and $35 per child. To save some cash, there are spots around the parks where you can encounter some of the Disney characters for free. For example, you can find Aladdin in Epcot’s Morocco World Showcase, Goofy in Animal Kingdom’s DinoLand USA and Donald Duck at Pete’s Silly Sideshow in the Magic Kingdom’s Fantasyland. 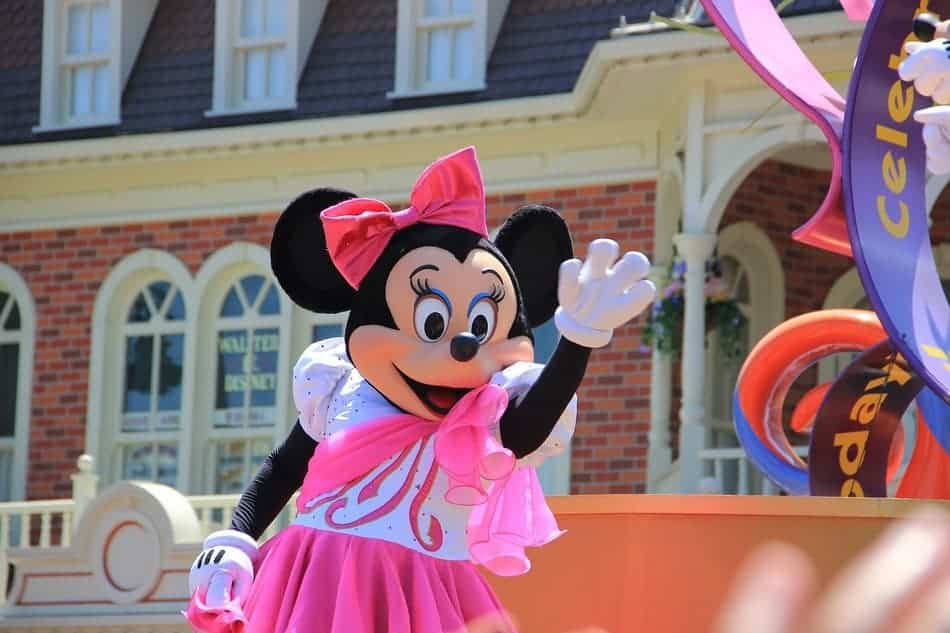 Not everything at Disney World costs money. There are some freebies you can score, no strings attached. At the Ghirardelli Ice Cream and Chocolate Shop in Disney Springs, you can score free chocolate samples. At the entrance to each of the 4 theme parks you can pick up a free park map, which make great souvenirs. At the Club Cool in Epcot’s Future World, you can get a free sample of different Coca-Cola flavors from around the world.

Purchasing a bottle of water in the parks can be rather costly. In fact, you can expect to pay $3 for a bottle of water. However, you can get a free cup of ice water from any of the restaurants in the parks. While you’re at it, avoid buying too many souvenirs in the park, too! You can often find the same items outside the park at places like Target and Walmart. Remove the temptation entirely by staying out of the gift shops!

This is probably the most important tip for saving money on your Disney vacation. It may seem obvious, but you’d be surprised at how easy it is to bust your budget if you don’t plan ahead. A few extra dollars here for dinner or fancy coffee, a little extra souvenir there, and suddenly you find that you’ve spent hundreds of dollars on random stuff. Decide up front how much each person will be allowed to spend on the “extras.” Either keep envelopes with cash for each family member or keep some sort of written tally on paper or on your phone.

Doing Disney on a budget isn’t impossible, and just because you’re saving money doesn’t mean you’re missing out. Take a good camera and shoot plenty of pics. Trust me, those are the souvenirs that last the longest! All of the little things we’ve bought at amusement parks over the years ended up in a box in the garage once my kids outgrew them. The pictures, however, last a lifetime.

Do you have any favorite tips for saving money on a Disney vacation? Share below!