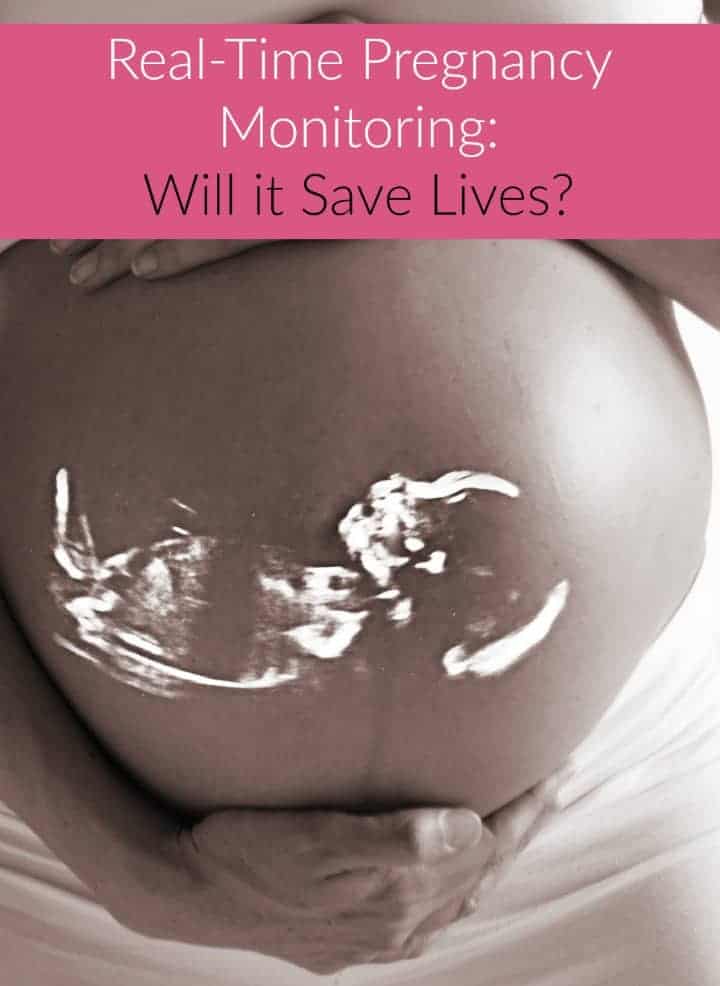 I just read an interesting article in the Wall Street Journal that says scientists are researching technology that would allow your doctors to monitor a pregnancy in real time.  More specifically, they would be able to follow closely the health and growth of the placenta. By monitoring the placenta in real-time, doctors would better be able to predict pregnancy complications like preeclampsia, growth delays, and even potential issues down the road in your child’s life. Let’s take a closer look at this new research project and it’s potential effect on maternal death rates.

Real-Time Pregnancy Monitoring: What is It?

First, a bit more about the research project called the Human Placenta Project. Now, I’m not a scientist, so bear with me as I try to put it in layman’s terms the best I can. Right now, the Human Placenta Project is literally in the research stage. Government grants to the tune of $46 million fund scientists working on 19 different projects throughout the U.S. that will hopefully allow doctors to monitor better the placenta in pregnant women.

Need a crash course in biology? The placenta is a disc-like bit of tissue that connects your growing baby to your uterine lining via the umbilical cord. It does almost everything from providing oxygen and nutrients to getting rid of the waste from your baby’s blood. The Mayo Clinic has a great article on the ins and outs of the placenta. 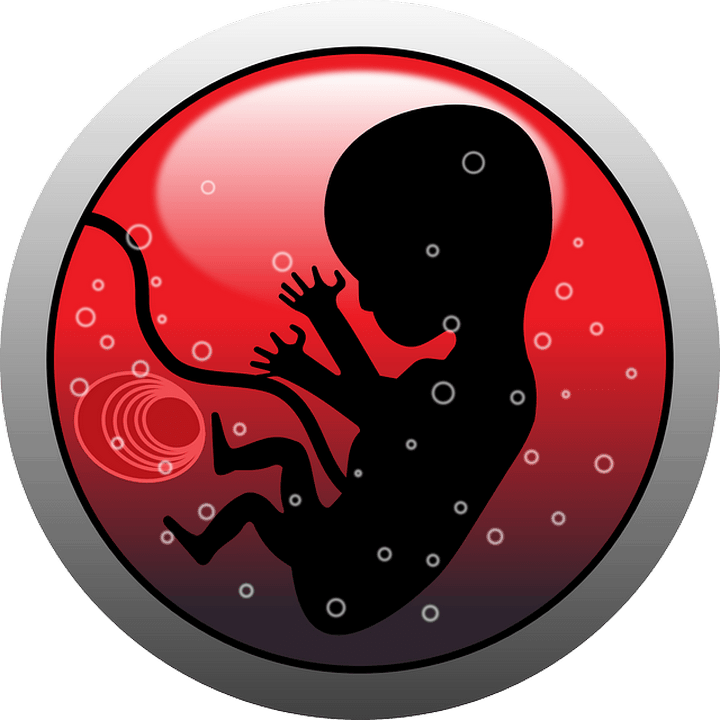 The projects are looking at new ways to use technology like MRI machines, bioactive lipids (fat cells), and RNA sequencing- among other things- to essentially track the growth and health of the placenta. The Wall Street Journal article explains the sciences behind the research studies way better than I ever could.

Why do We Need Real Time Pregnancy Monitoring?

Let’s talk statistics for a moment. In the United States, approximately 28 women out of every 1,000 die from pregnancy-related causes, according to the 2013 statistics from the World Health Organization. Other sources put it higher, at 38!  Canadian readers, you’re doing much better than us down here, with 11 in 1,000. Germany, you’ve got that down to 7 in 1,000. Ireland, Spain, Iceland, Sweden, and Australia all come in under 10 per 1,000 as well. 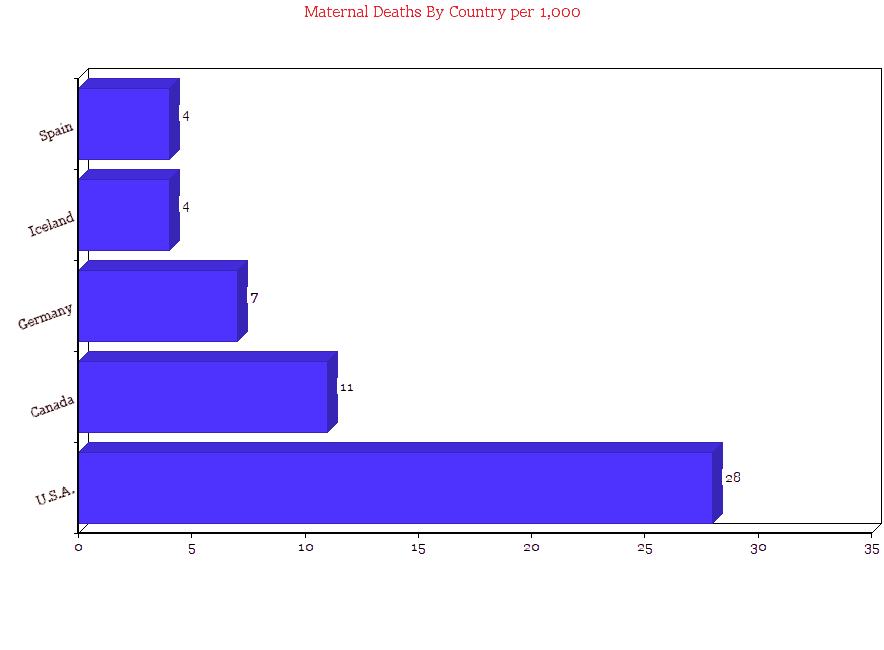 I stopped searching after that because something became apparent. We have a problem here. We have, in my opinion, a significantly higher maternal death rate than many of the other “developed” nations. That number isn’t going down, either. In fact, it’s going up.  We were at 17 in 2005 and 13 in 2000. Our maternal death rates are too high. Period. That’s why our government, doctors, and scientists feel we need real time monitoring.

When I was pregnant with my son, I developed severe preeclampsia, discovered by the doctors during my 32-week checkup. The preeclampsia was bad enough that full-blown eclampsia and kidney failure was imminent.  Jacob’s heart rate was dropping. We were both at risk of dying.

He was born the next day and amazing spent only 13 days in the NICU. I spent six weeks getting my blood pressure back to normal. A mom of triplets in the NICU with Jacob wasn’t so lucky. She had full-blown eclampsia and went into a coma during delivery. I don’t know if she ever came out. I recall hearing that it was unlikely she would wake up.

If my doctors had access to real-time pregnancy monitoring, they may have been able to see the preeclampsia warning signs long before it got out of control. Would they have been able to stop it? Probably not. The only cure is delivery. I wouldn’t have walked around for weeks with a rapidly-swelling body thinking it was normal (because one on-call doctor told me it was), putting Jacob and I in more jeopardy, though. This was before nursing school and before I knew better.

Are there Cons to Real-Time Pregnancy Monitoring?

Like all things in the medical world, there are of course going to be cons. I know it’s hard to think that something like this that can save moms and babies could have a downside, but let’s think objectively for a moment.

The main con I can think of revolves around the newness of the science. Once the research becomes reality, it’s all so experimental still. Yes, everything will be tested over and over before rolling out nationwide, but testing in a controlled research setting is much different than real-world applications.

I worry that something could go wrong. MRIs are considered safe for pregnant women (I just had an MRI and spent an hour in the “holding” room with nothing to read but the FAQs, which is where I learned that!), but right now, most women aren’t getting them multiple times throughout their pregnancy. Does that change with frequency?

I don’t know all the research projects or what they entail, so I can’t judge them all. I’m going to assume that they’re trying to make them as safe as possible, but even amnio carries a risk. Will the risk be higher than amnio? Some may involve a simple blood test. What about the others? What exactly does this real-time pregnancy monitoring entail? Until we know all that, we can’t form an educated opinion.

What I do know: we need something to help us get that maternal death rate down in the United States. Will placenta monitoring be the answer? Only time will tell.

What do you think? Is real-time pregnancy monitoring something we need? Why do you think our maternal death rate is so high compared to other countries? Tell us your thoughts in the comments!