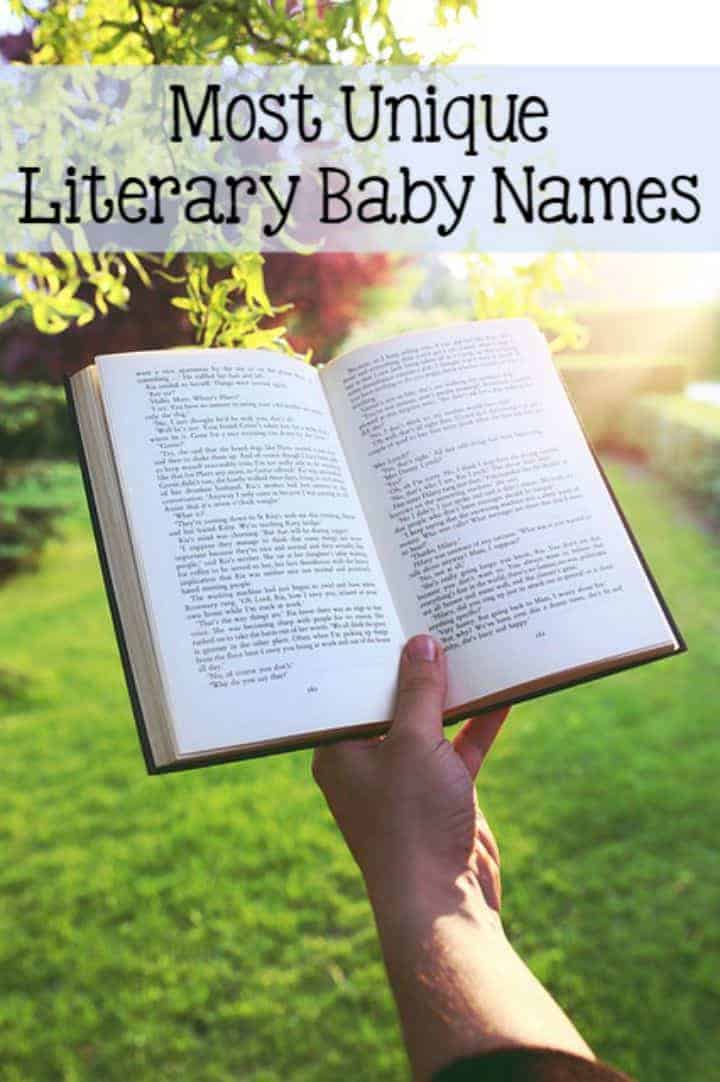 Trying to come up with unique baby names can be a challenge. It can even incite huge fights within your family! Don’t believe me? My friend is due in just days and her baby still doesn’t have a name because her husband won’t budge from a name that he’s chosen that she can’t stand. I won’t tell you the name because I don’t want to offend anyone, but it’s something that she feels isn’t unique enough.

If you’re in the same boat, or if you’re just really struggling to find the right name, why not turn to the great works of literature? Here are some of the most unique baby names from literature.

Related: How To Pick A Baby Name And Avoid Disagreements

The Most Unique Baby Names from Literature

Ophelia- The name Ophelia was made famous in the 1603 play Hamlet by William Shakespeare. As a matter of fact, Ophelia is known as one of English literature’s most analyzed female characters. The name Ophelia was popular during the 19th century as well as the beginning of the 20th century. Children’s author Roald Dahl named his daughter Ophelia.
Scarlett– Scarlett is a name that was made popular by the 1936 novel Gone with the Wind by Margaret Mitchell. The name Scarlett means ‘rich cloth’. Musician Jack White named his daughter Scarlett.
Scout– The name Scout was made famous in the 1960 novel To Kill A Mockingbird by Harper Lee. The name in the novel is a nickname of the character Jean Louise Finch. The English name means ‘someone who explores and discovers’. Actors Demi Moore and Bruce Willis named their daughter Scout.
Talia– Talia is a name that was made popular by the 1634 Italian fairytale Sun, Moon and Talia by Giambattista Basile. It is a Hebrew word that means ‘dew from God’. It also comes from the Greek word meaning ‘to flourish, blooming’. Talia is also the inspiration for the 1697 novel Sleeping Beauty by Charles Perrault. Singer Nivea Hamilton (Nash) named her daughter Talia.

Did you use any of these most unique baby names from literature? Are you named after a great literary character yourself? Tell us in the comments!

18 thoughts on “The Most Unique Baby Names from Literature”