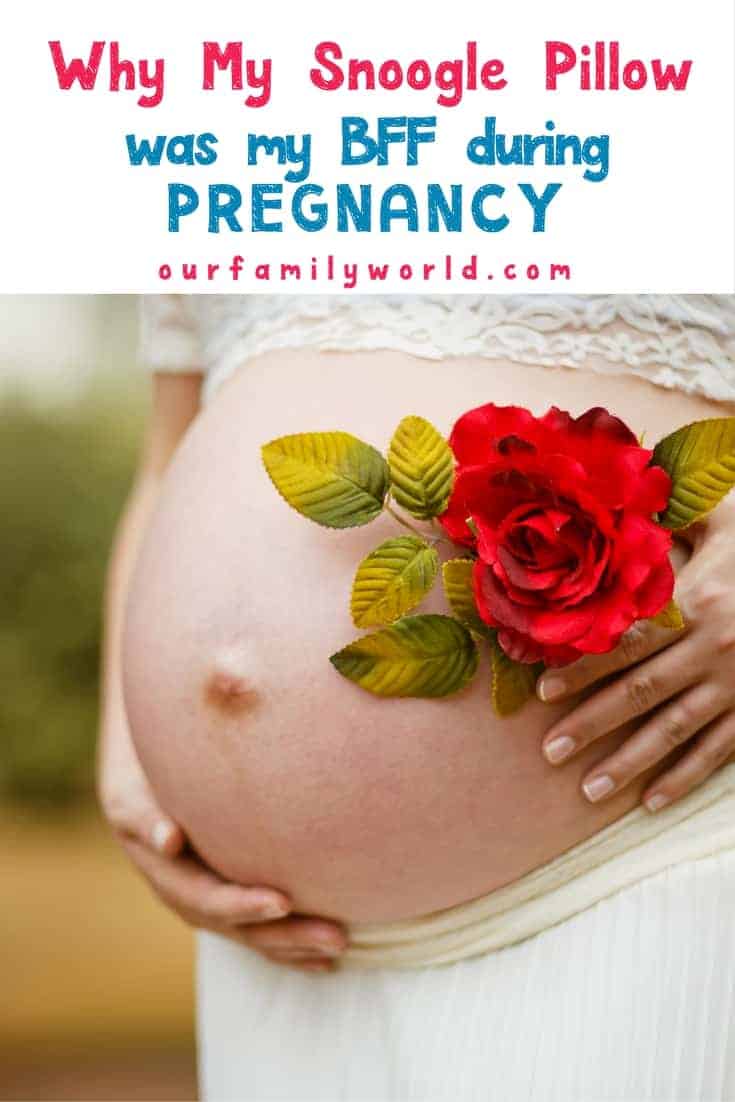 I’m not even joking about that title: my Snoogle pregnancy pillow really was by very best friend during my pregnancy with my son. In fact, I loved it so much that I tacked on the “forever,” as I’ve continued to replace it every time it wears out. Pregnant or not, the Snoogle pregnancy pillow rock! While this post is not sponsored in any way (I really just want to share how much I love this pillow) we are including affiliate links. We thank you for your support!

Make your own pregnancy pillows

Healthy Pregnancy: Must-Have Items for Mom to Be on a Budget

What is a Snoogle Pregnancy Pillow & Why Do You Want it?

The Snoogle pregnancy pillow is basically a giant body pillow shaped like a “C” when in use. When it’s not in use, it looks a bit like a stylized capital “J.” Regardless of which letter of the alphabet it resembles, it’s amazing. I bought mine midway through my pregnancy (which actually turned out to be much closer to the end than I thought, since my son was a preemie). It was a little pricey back then, so I kind of hemmed and hawed about getting it. Meanwhile, my back was screaming more and more every night.

Finally, I broke down and spent the money. Best money ever spent! Let’s take a look at some of the great features of the Snoogle pregnancy pillow.

Those are the “technical specs,” but how does it work? Why should you spend about $50 on what essentially amounts to a pillow? If you’re like me, you need more convincing than a few lines on a bullet-point list. Let me tell you how much I love my Snoogle pregnancy pillow. When I unwrapped it and poofed it back out (it was kind of condensed for shipping), I immediately took it to my bed for a test spin. Hey, I was pregnant with my first child, I could get away with napping any time I wanted!

Instant comfort. I kid you not. I would not lie to you. The top part of the “C” cradled my head just right. I am a tw0-pillow sleeper, so I placed it on top of one of the pillows. Perfect. I snuggled in close, then looped the bottom part between my thighs. Right away, it took the pressure off my back. It was so comfortable that I continued to use it after Jake was born. When it wore out, I bought a second. I think I’m on like my 4th (I really need another one, actually).

I’m not a spender. I don’t often have extra money and when I do, it goes towards stuff for my son. My Snoogle pregnancy pillow is my splurge, my treat to myself. The Snoogle isn’t just great for pregnant women, it’s also perfect for those of us with back problems. If you’re on the fence about getting one, trust me, it’s worth the money. If you’d rather try to make your own pregnancy pillow, you can. A friend of mine did it at the same time I bought mine. She spent about $35 on fabric and stuffing, though, so keep that in mind. Right now, you can get it on Amazon for about $50.

Did you use a Snoogle pregnancy pillow? What are your favorite things about it?
Follow OurFamilyWorld Magazine’s board Pregnancy & Fertility on Pinterest.