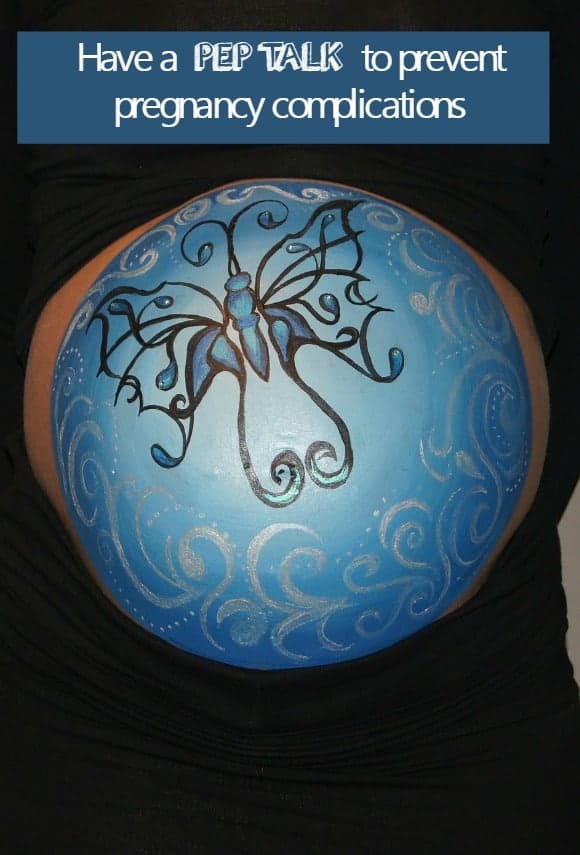 Every two minutes, a woman dies from pregnancy complications. Think about that for a minute. Every two minutes. While you’re brushing your teeth in the morning, a woman is dying. In the time it takes me to get my son to the bus stop and drive back home, three women have died. By the time I finish writing this post, about 30 women will die. By this time tomorrow, 720 more women will be dead from pregnancy complications.

Most of these deaths are preventable. Even here in the U.S., the number of deaths from complications of pregnancy and childbirth has more than doubled in the past 20 years.

Merck for Mothers strive for a world with no maternal deaths

Last week, I spoke with Merck Chief Medical Officer, Dr. Michael Rosenblatt, about pregnancy complications and how we can prevent them. Take a look at the video to see what he had to say.

To reiterate, the three most common pregnancy complications are: preeclampsia (severe high blood pressure), embolism (pulmonary blood clot) and post-partum hemorrhage (severe bleeding). That’s where the PEP talk comes from. You can learn more by visiting Merck for Mothers. I highly recommend visiting the site. As a health writer, I use the Merck Manuals quite a bit for research, so I know they’re a trustworthy source of valuable information. 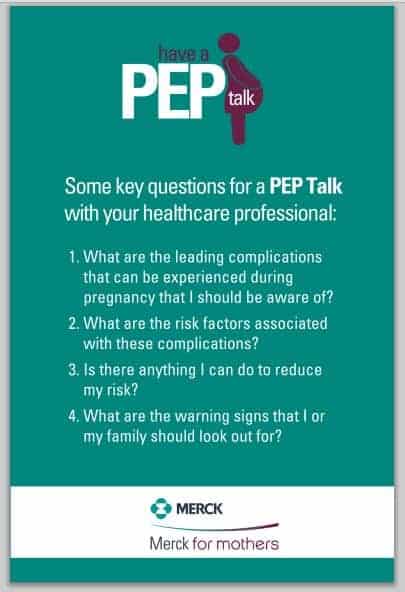 Pregnancy complications could have killed me

As regular readers of our pregnancy section know, I developed severe preeclampsia during my pregnancy. I shared my story about how it resulted in my son’s premature birth, but I never really told you exactly what I went through. I never told you how close I came to having my kidneys shut down. How close I was to dropping the “pre” and going into full-blown eclampsia. How I darn near could have died. How I WOULD have died if I didn’t live in a country with decent maternal care. As it was, I had to be transported to another hospital better equipped to handle my case (and one with a NICU).

The saddest part: my preeclampsia never should have gotten that bad. When I noticed what I thought was abnormal swelling, I called my doctor’s office. The on-call doctor blew me off, assuming I was over-reacting. I assumed she was right, since she had a degree in medicine (I hadn’t gone to nursing school yet at that point). I let it go until my next appointment, nearly a month later. By that point, my blood pressure was 185/110, I had gained 30 pounds of pure water weight in under a week and I had +4 protein in my urine (you shouldn’t have any protein). I was in imminent danger of kidney failure or seizures.

Had I stood up for myself and said “hey, I REALLY think something is wrong here!” it may not have gotten so bad. At the very least, they could have started treating me earlier and put me on bed-rest.

Bottom Line: YOU have to advocate for yourself. If you don’t feel right, speak up. If your doctor tells you it’s no big deal and you STILL don’t feel right, insist on being checked out more thoroughly. Don’t let it go as long as I did.

Have a PEP talk with your doctor at your next appointment to find out if you’re at risk for the most common pregnancy complications.

Did you or anyone you know go through any of these pregnancy complications? What do you think could have been done differently to prevent it?

19 thoughts on “Have a PEP Talk to Prevent Pregnancy Complications”