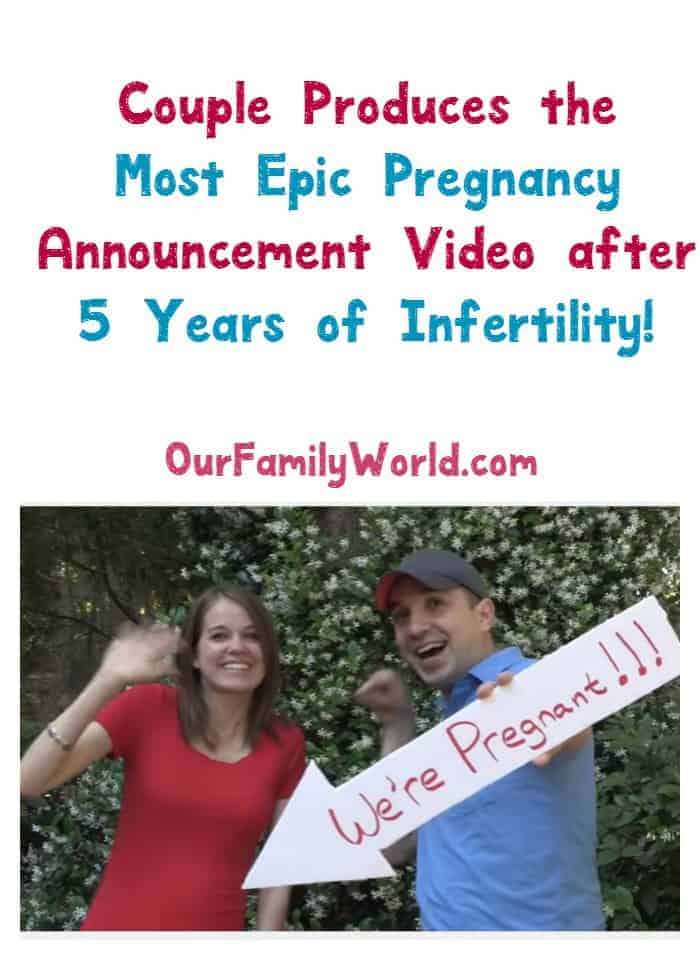 After trying to get pregnant for five years, a couple finally gets the good news from their latest round of IVF- In Vitro Fertilization. Erik and Rebecca Herrera from Gainesville, Florida are expecting their first child on November 7, 2016.

Erik wanted to announce to the world the pregnancy, and he also wanted to do something special for his wife, Rebecca. Erik told The Today Show, “When any woman goes through infertility treatments, it’s important to have a support network of other for her to lean on, especially during the failures. My wife sort of felt a little robbed that she couldn’t have a normal, surprise pregnancy announcement. She thought everyone knew- that they were either in the support network or were praying for us- so I wanted to do something so special that she would nearly forget all of the past five years.”

So, what exactly did he do? He created a unique pregnancy announcement in the form of a movie trailer style video. The video is titled Pregnancy: Official Trailer, is 3 minutes and 41 seconds long and to date has received 88,497 views on YouTube. Now, I don’t want to give away too much of the video announcement because it is really something everyone should watch, but Erik came up with the unique, creative idea in one evening, after the course of seven drafts.

Related: 7 Musical Pregnancy Announcement Videos That Will Make You Laugh

The neat part is that the couple got the help of voice-over actor, Jon Bailey, to narrate the video. Bailey is well-known for being featured in more than 3,000 video games, TV series, game trailers, movie trailers, radio commercials and web ads.

The announcement video highlights the various things that women deal with when they are pregnant like becoming a petting zoo, having to stay away from alcohol and constantly having to urinate. The video ends with a sonogram of the baby.

After you watch the video, check out the Blooper Reel for more fun! You can also read the original screenplay, which is actually pretty hilarious itself). I’ve seen a lot of fabulous pregnancy announcements, but this video is definitely up there with the most epic announcement videos ever. Huge congratulations to the Herrera family! Can’t wait to see what they do with the birth announcement!

What do you think of this epic pregnancy announcement video? Did you do anything particularly creative to announce your pregnancy? Tell me about it in the comments!

20 thoughts on “Now This is an Epic Pregnancy Announcement Video!”