November is prematurity awareness month; a special month set aside to inform others about the issues that surround and follow premature babies. For those of us who went through giving birth to preemies, though, the month means something entirely different. 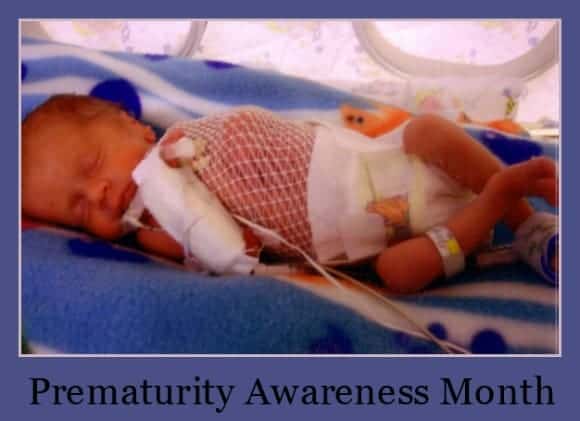 See, we already know what happens when your baby is born weeks (or months!) away from his due date. We know what it’s like to have your baby whisked away before you can even catch a small glance of his precious little face. To watch strangers take care of your baby for so long that by the end, they’re not strangers anymore. To wait and wonder and worry. We know all too well what it is like to have premature babies.

My son was born at 32 weeks. Despite his early arrival and low birth-weight, I was fortunate that I could take him home after just 13 days in the NICU. He was what they called a “feeder/grower” baby. Meaning they needed to feed him through a tube and get his weight up, then he could come home. Last month, I shared my son’s first few moments and abbreviated version of his birth story in “The First Cry is the Most Memorable Sound in the World.” I’ve also shared my entire birth story on Pretty Opinionated.

You’ve heard my story plenty of times over the years. Today, we want to share stories from other bloggers who are also doing their part to raise prematurity awareness and the stress that surrounds giving birth too early.

Premature Babies: Four stories of giving before the end of pregnancy 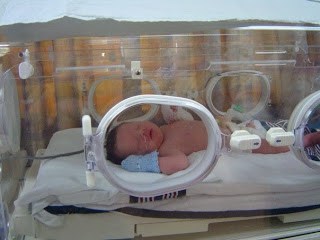 Mamawee over at Tales of Mommyhood shared the story of her son’s first 9 days of life spent in the NICU. “Mr. J” was born on the 4th of July, beautiful and perfect. Unfortunately, he had breathing issues that couldn’t be cared for in the traditional nursery. On the way to a specialized unit, his lung collapses. Mamawee spent the next days in agonizing worry. The fact that she couldn’t even be there with him the first few days made it so much harder. I can relate to that, I didn’t get to see my son until nearly 27 hours after he was born. 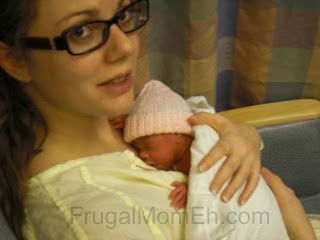 Elizabeth’s post about Kiera’s story touched me deeply. Kiera was born at 29 weeks. She was 3 pounds and spent 54 days in the NICU. Elizabeth talks about how she felt after Kiera’s birth: that anger and confusion that comes with having a preemie. I remember when Jacob was born, it took me 5 hours to finally understand that I was no longer pregnant, that he was out. Your brain just can’t process something like that! Elizabeth also talks about how she doesn’t have any of those precious newborn photos of her holding her newborn, just pictures from outside the incubator.

What It’s Like to Have Triplets Born at 30 Weeks: Journeys of the Zoo 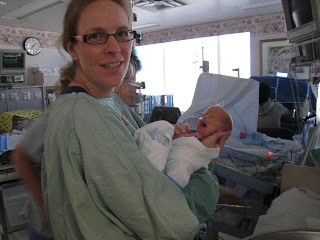 Sarah knew from the start that she wasn’t going to go full-term. She was pregnant with triplets. It’s almost guaranteed that you will deliver early when you are pregnant with multiples. Best case scenario, she would go at 36 weeks. Average gestation for triplets, according to Sarah’s story, is 32w4d. Sarah gave birth to her triplets at 30 weeks. What touched me about Sarah’s story is how she tries so hard to think of that time as just a “blip on the radar of life.” She’s so positive. She’s also detached in a way that preemie parents become. Unlike rosy birth story tales that end in gorgeous mom/baby pictures, preemie birth stories are hard to relive. Dwelling leads to a downward spiral that we can’t afford to rehash over and over. After reading Sarah’s birth story, I suggest reading the story about Alexander, her son who didn’t make it. It is an incredible reminder that just because a child is no longer living doesn’t mean they are no longer cared for.

Six Tips for Surviving Your Preemie’s Stay in the NICU: Two Kids and a Coupon

Kim’s story is very similar to my own. At 28 weeks, she developed preeclampsia and was put on bed rest. (I developed preeclampsia around the same time, but went undiagnosed until 32 weeks because of a crappy doctor who blew off my concerns). She delivered her son 8 weeks early and he was whisked away to the NICU before she even had a chance to wake up. I love Kim’s tips for surviving the NICU. My favorite line? “So screw the picture perfect deliveries and hospital dramas.” We all have this picture of what our birth story should look like, mostly thanks to television and movies. When it doesn’t go the way Hollywood showed us it’s supposed to go, it can be really devastating. Kim’s story and tips are a good reminder to me to just let it go! I have an amazing 8-year-old son now. So what if his birth story wasn’t straight out of a Thursday night sitcom.

Each of these stories offers a different perspective on giving birth too early and what it is like to have a preemie. There is a strong bond between parents who have spent time in the NICU, even if we don’t know each other personally. If you have your own preemie story to tell, I’d love to read it. Leave a link in the comments. For those who never had to deal with NICUs and preemies, we’d still love to hear from you. You can still do your part to raise prematurity awareness. After all, the very term “prematurity awareness” means helping those who aren’t aware learn more about it.

14 thoughts on “Raising Awareness about Premature Babies: Stories from the NICU”