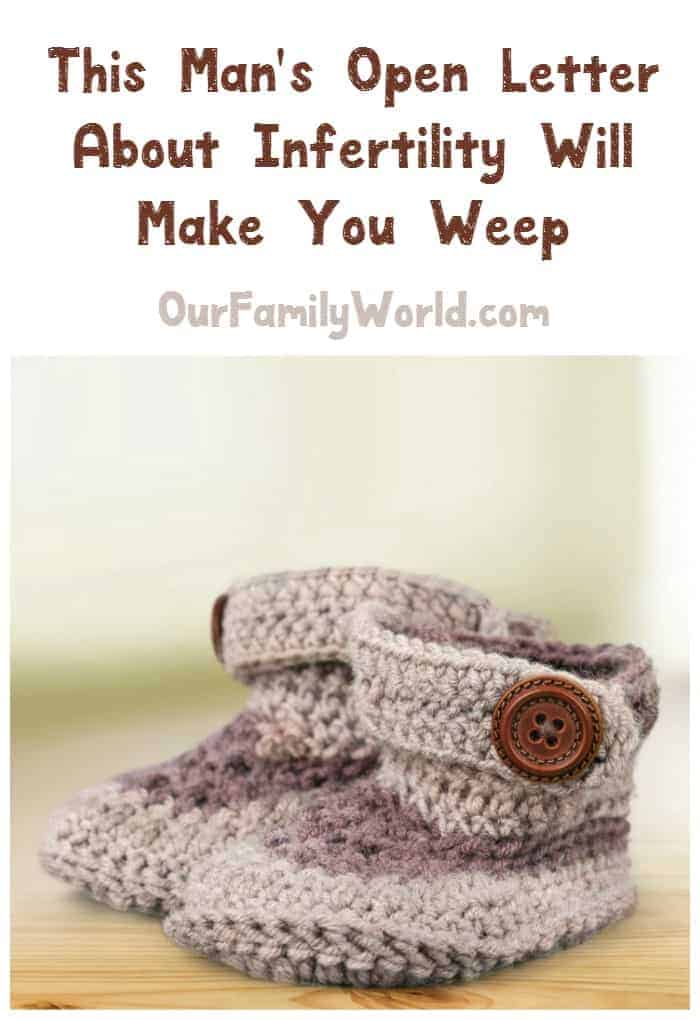 Coping with infertility is something that I am all too familiar with. During the six years that I spent trying to conceive, I must have run through every single emotion a person can experience. Hope, fear, anger, depression, anger, denial, more hope followed by crushing sadness. It’s an experience that is so hard to explain to someone who hasn’t been through it. Except that’s exactly what one man did in a Facebook post that has now gone viral. He explained it.

Related: Now This is an Epic Pregnancy Announcement Video!

Open letter about infertility goes viral, and it will make you weep

Dan Majesky from Cincinnati, Ohio told The BBC that he never expected his post to go viral. He didn’t write it hoping millions of people would read it. It wasn’t some sort of open letter to the world. It was actually a pregnancy announcement to his friends and family. His 3,000+ words, though, struck such a chord with all of us who have been through infertility and all of those who stood by helplessly, watching family and friends struggle to conceive.

Majesky’s post is open, honest and sometimes brutal. He describes in vivid detail what it is like to go through fertility treatments…and what it is like when those fail. A word of warning for the sensitive, he does use some “adult” language. Sometimes, though, when you’re going through infertility, there’s nothing else to do except curse. I cursed a lot. I screamed and cried and yelled at the universe. Why? Because who else could I yell at? My body for failing to cooperate? My not-yet-conceived baby for failing to be conceived?

Throughout the 3,000 word letter, Majesky writes openly about his wife’s miscarriage, the shock, and pain of losing a baby after trying so hard. It’s never easy to lose a baby, but when you finally get pregnant after so much trying only to lose it, it’s like a double slap in the face. I can’t even imagine that pain. I cried for him and Leah, for the baby they’ll never hold.

He talks about what it’s like to be jealous of people with kids. How hard it is when everyone around you is getting pregnant, and you’re still trying. Always trying.

You don’t want to hate people. You don’t. I think babies are beautiful. I think kids are awesome, but you can’t help the jealousy. The envy. The resentment. It really creeps up on you. And you search for positive things. And you talk on end about your capital-O Options.

That’s one of the hardest parts of trying to conceive. You want so much to be happy for others when they share their good news. You smile, you congratulate them. Then you go home and cry. You secretly hate them and their fertile womb. But you’ll never admit it. Except Majesky did. He admitted it for all of us.

To me, Majesky’s post went viral so quickly because he said everything that those of us who suffered through infertility ever felt. Every thought, every feeling that we tried to tuck away while we were putting on our brave faces. Then he offered hope. A light at the end of the long tunnel.

At the end of Majesky’s Facebook post are the three words every couple trying to conceive longs to say. “We are pregnant.” I cried tears of joy for them. Congratulations, Dan and Leah.