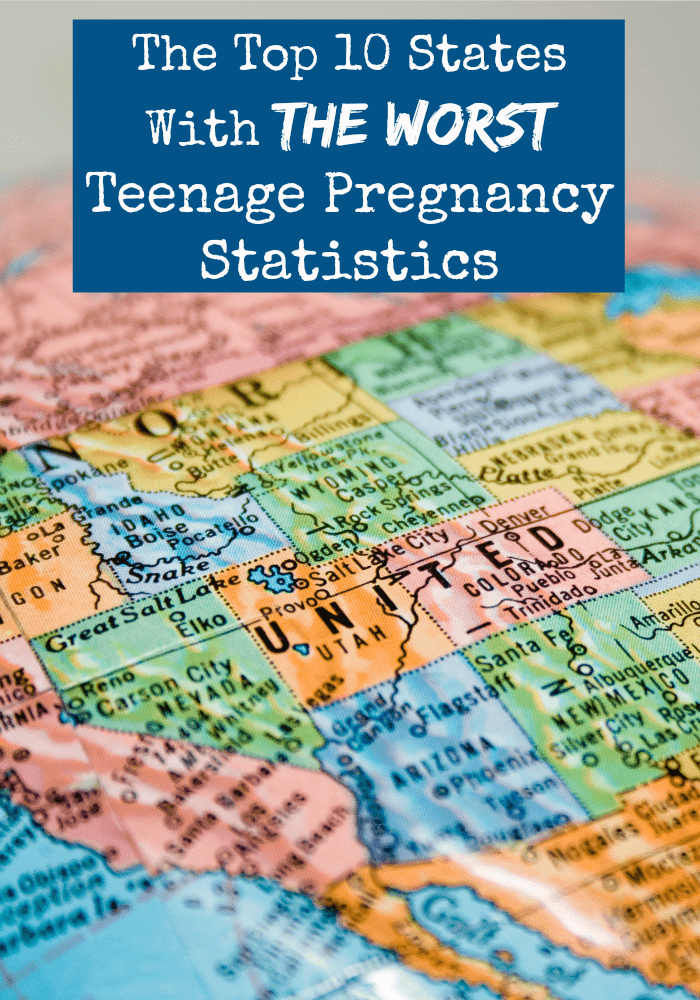 Overall in the United States we should be proud of the progress that has been made improving teenage pregnancy statistics and the lives of many young families. Seeing that percentage dropping and continuing to drop in the last two decades means more young girls and boys are making smarter choices. As a country, we have made improvements, but there is still much work to be done and many states that are lagging behind.

As we mentioned in Teenage Pregnancy Effects On Society: Have We Improved? In the 1990’s the birth rate rose by an average of 61 girls who became pregnant between the ages of 15 and 19 for every 1000. The current average teenage pregnancy statistics is at 26.5 births or roughly 27 births for every 1000 teenagers in the United States. It can be helpful to know the national standards as you compare to the statewide averages.

The Worst Teenage Pregnancy Statistics Across The United States

Culture and policies on sex education in schools can vary drastically across the U.S. depending on which state you live in. Take a closer look at some of the latest data collected in 2013 according to The National Campaign To Prevent Teen and Unplanned Pregnancy. Below are the states that stacked up with the worst teenage pregnancy statistics.

These numbers reflect the average number of pregnancies in girls age 15-19 in 2013 for every 1000 girls.

So if we take a look at these listed states, this obviously is not the whole story. We are not looking at directly at demographics such as financial stability, cultural background or any of the background information that can drastically impact these numbers. If a state already started with a higher teenage pregnancy rate than the national average, of course, they would have a tougher battle.

To make a fairer comparison, it is important also to look at improvement. Below are the states that have had the worst improvement percentages. This is comparing teenage pregnancy statistics from 2013 to stats from 1991 when the rates were highest.

These percentages show more improvement, but we still have a long way to go. It is not surprising to see some names that are on both lists. While you may not live in these states, teen pregnancy affects all of us both culturally and our tax dollars. Teen mothers do need our support.

What can we attribute to these states having the lowest improvement numbers in the nation? Do we as parents need to consider how we are approaching this subject with our teenagers? Are teens themselves more rebellious in these states with higher instances of teenage pregnancy? Do we need to take a closer look at how sex education is taught in schools in these states?

Do you see your state on the list? How can we improve the teenage pregnancy rates in the states that are ranking lower? Tell us your thoughts in the comments.