While teenage pregnancy rates have dropped significantly over the last decade (as much as 44%, according to the CDC), it still remains a major issue in many parts of the developed world.  The results of a dozen different studies regarding teenage pregnancy were rounded up in 12 Studied Effects of Teenage Pregnancy. The results are very interesting, and something that every teenager or parent of a teenager should consider. 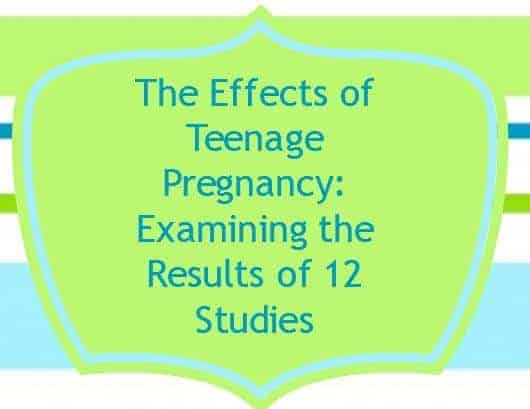 The Effects of Teenage Pregnancy

When looking at these studies and the results, it is important to remember that many teenage moms go on to live wonderful, fulfilling lives and raise brilliant children that go on to become successful adults. The best way to avoid complications is to ensure that teen parents have a strong support system.

9 thoughts on “The Effects of Teenage Pregnancy: Examining the Results of 12 Studies”