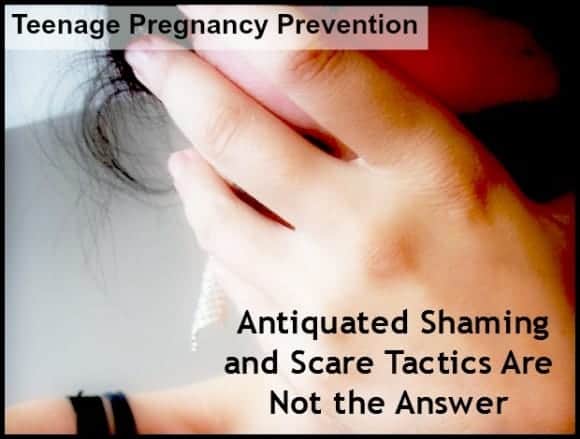 Mayor Bloomberg of New York City is stirring up controversy again, this time in an effort to prevent teenage pregnancy. Since taking office, the Mayor has taken a lot of heat for his over-the-top initiatives to create a healthier city, including locking up formula in hospitals. Now, he’s taking aim at lowering the city’s teenage pregnancy rate, and once again, while his heart is in the right place, his tactics leave much to be desired!

Bloomberg’s newest campaign involves placing ads throughout the subway system featuring what some feel are racist and sexist images and text designed to terrify teenagers into not getting pregnant. One ad features a crying baby with a message that he is less likely to graduate high school because he was born to teen parents. What kind of message does that send to children of teen parents? It’s like saying “don’t even try; your parents doomed you to failure before you were even born.”

Scare tactics have been used since mankind first gathered in a cave. The very first cavemom probably told her child not to leave her sight, or the boogey-tiger would eat him. The thing is, scare tactics rarely work! If they did, no one would have left those caves and we’d still be banging rocks again each other trying to produce fire. They’re an antiquated method of prevention. When it comes to teenage pregnancy, modern answers are a much more likely solution. Besides, how many teenagers actually stop to look at the ads plastered in subways? If you’ve ever been to New York, you know that the entire city is one big ad!

If scaring teenagers into abstaining from sex and avoiding pregnancy is not the answer, then what is? This is a question that has even the experts stumped. Although teenage pregnancy rates have declined a bit in recent years, they’re still alarming high. While I’m not an expert, I was once a teenage girl and do have a few ideas that could help prevent teenage pregnancy.

The key to preventing teenage pregnancy is to find a campaign that speaks directly to teenagers on their level, rather than trying to scare them or lecture them into compliance. We all need to remember what it was actually like to be a teenager ourselves, then figure out a way to take a more modern approach to prevention tactics to fit teenagers as they are today.

What are your thoughts on the scare tactics? Do you have any suggestions to help prevent teenage pregnancy?

5 thoughts on “Teenage Pregnancy Prevention: Antiquated Scare Tactics Are Not the Answer”