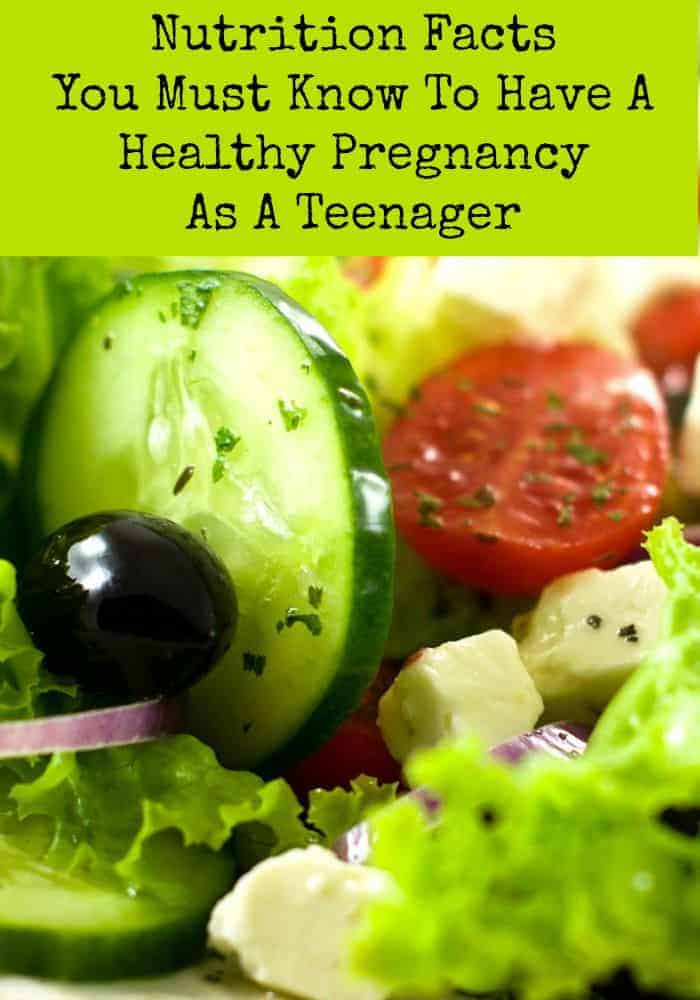 Nutrition is scarily one of hardest facts about teenage pregnancy to tackle. Pregnancy nutrition can be a bit daunting for any new mom, but for teens that are already feeding a growing body it gets tougher. Are teens capable of having a healthy pregnancy? Absolutely! Teens need to take care of their body, and that probably means changing some nutrition habits. Most pregnant women brush up on nutrition habits, however, teens often do not have as much education about pregnancy nutrition. Many of the physical effects before and after baby that teen moms experience can be minimized with good nutrition during pregnancy.

I cannot say enough how important taking a prenatal vitamin is as soon as the new teenage mom finds out she is pregnant. This is one area many pregnant teenagers need some guidance and facts. There are three major vitamins that a pregnant woman needs.

I know many a teen that are at Starbucks more than I am. Those points add up! Pregnant women should try to limit caffeine intake to 300mg, which is about the equivalent to one cup of coffee. Help teenagers understand that a cup of coffee is not equivalent to a Grande Frappuccino. Energy drinks like Red Bull alongside higher caffeine sodas also tend to be popular with teenagers, but should be avoided or limited during pregnancy. Help teenagers make smarter drink choices by substituting with water, or small portions of juice or lemonade.

We are a world that revolves around quick serve and takeout food. According to the New York Times, the average American teenager takes in 16.9 percent of their calories for the week in fast food. If we estimate teens are eating three meals a day for seven days a week, that means 3.5 meals per week would come from fast food options. This does not account for skipping meals, snacks, or unhealthy grab and go packaged foods. According to Livescience.com teens were underestimating the calories in a fast food meal on average by 259 calories. (Adults were underestimating by 175 calories in the same study.)

This all leads to some hard teenage pregnancy facts and that teenagers eat out often. Choose options like stir-fries with plenty of vegetables, submarine sandwiches (opt for a 6 inch, those foot longs can pack a calorie punch), salads and other options with leaner grilled meats. Save the french fries for when that pregnancy craving hits hardest!

What other facts about teenage pregnancy nutrition would you add to this list for new moms?