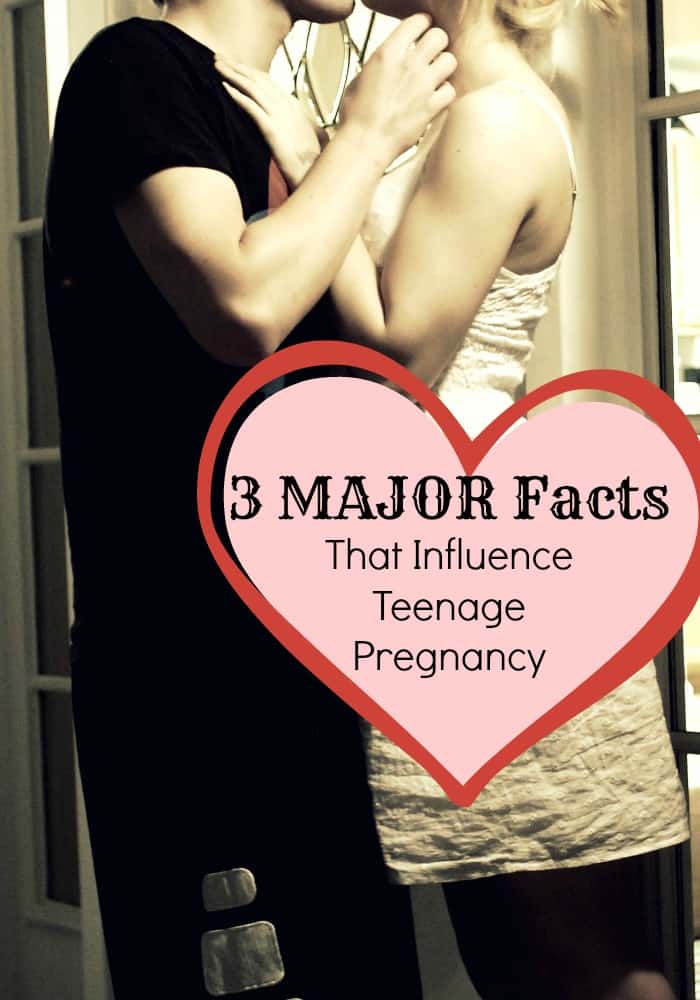 As we continue our series exploring facts and topics about teenage pregnancy, I thought we could take a look at some of the top influences on teenage pregnancy. You may be surprised to learn that while the media and friends do play a very important role in a teen’s life, family, faith and location also all play a huge part in the chances of a teenager you know becoming pregnancy. These facts and stats were found at The National Campaign To Prevent Teen and Unplanned Pregnancy.

Teens consistently report that it is parent’s opinions are the number one influence, not media or friends or even boyfriends that shape their opinions and ideas about sex and marriage. With one in five teens having sex before they reach the age of 15, parents need to start these conversations fairly young. Though teens do not always act like they care, they really do care what you as a parent think. Having conversations about your views on sex, love and marriage with your child before they have sex will shape who they are. According to an older survey from 2002 of a group of teens age 15-17, here are the reasons teens say that they don’t’ talk to their parents about sex.

Related:16 and Pregnant: The Basic Facts of Teenage Pregnancy

Faith and religion can play a major role in helping teens avoid pregnancy. According to the National Survey of Family Growth, of the 57 % of teens who said they had abstained from sex nearly half of respondents stated it was because having sex as a teen was against their religious beliefs. It is clear the faith community has a huge impact shaping young girls and in preventing teenage pregnancy. In the same survey, 75% of teens and 73% of adults noted that they wished spiritual leaders would become more involved in preventing teenage pregnancy. It seems apparent that teens are questioning themselves and many want to have conversations with adults about sex, but do not know how. Spiritual communities who can reach out to teens within the context of their own beliefs can drastically and positively impact teen pregnancy rates.

Related: Where Do You Turn For Help When You’re A Pregnant Teen?

Sex Not In The City

Where you live can have a big impact on the rates of teenage pregnancy. According to a one of a kind study in 2013, the most recent data shows that the birth rate for teens in rural counties across America was one-third higher than in cities. Birth rates in rural areas are dropping my 32% while in the larger metro areas birth rates currently have a 50% drop. The question that comes to mind is why are these rates higher? Access to medical care is a big factor, as rural counties on average have 29% fewer doctors. Teens are also 20% less likely to be enrolled in college, which is a huge factor. College can be a major incentive, as teenagers who have an exciting future to focus on have less time for what is directly in front of them. The last major factor is income level and poverty. Rural areas have a higher level of poverty and, in general, the average salary is lower, which follows right in the footsteps of these statistics.

So readers, which of these basic facts do you think plays the biggest role in preventing teenage pregnancy? Is it family, faith, or location? Tell us in the comments!