This Dark Parables: Queen of Sands review is brought to you by Big Fish Games. All opinions are our own. 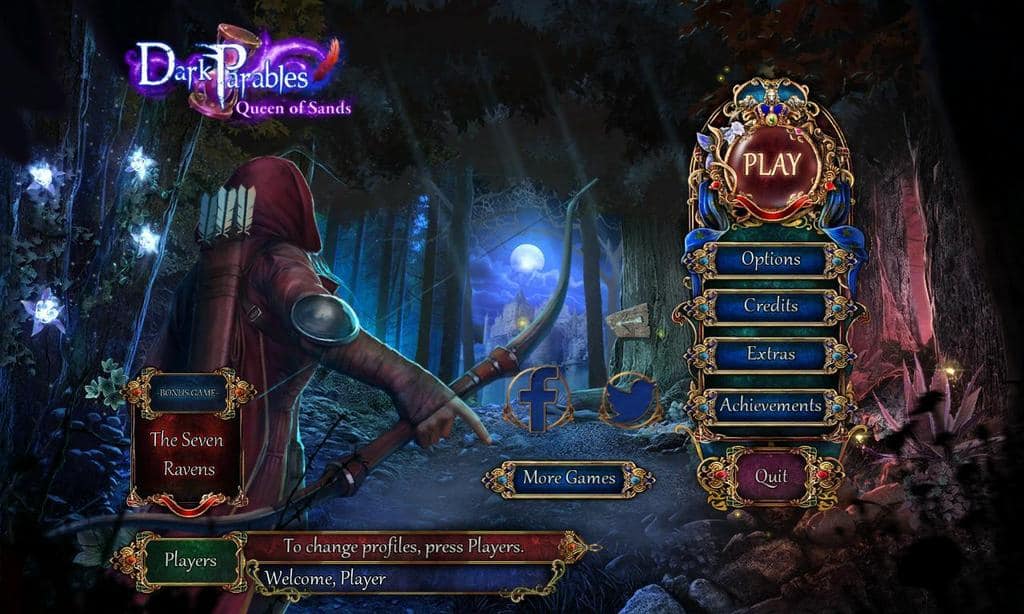 I’ve told you before how much I LOVE Big Fish Games, especially all their amazing hidden object games. One of my favorites, Dark Parables, explores the darker side of fairy tales. Honestly, fairy tales were always meant to be dark, so if you ask me, they’re exploring the real side of the stories, but that’s a whole different conversation. With eight successful games in the Dark Parables series under their belts, it makes sense that adventures of the Fairy Tale Detective would continue.

With Dark Parables: Queen of Sands, it does just that! The 9th game in the series takes you- as the Fairy Tale Detective- on yet another magical, mystical hidden object adventure. This time, you’re called upon to investigate the strange happenings in Montafleur, France! It seems that nightmares are coming to life in the form of creepy creatures that vanish into a purple mist. Spooky, right?

You’ll need to explore the village and play the hidden object scenes to collect the items necessary to complete puzzles and unlock the clues. Clues for what? Why, to solve the mystery behind the mayhem and madness, of course?

I absolutely love when we do Big Fish game reviews here on OurFamilyWorld, because it means I get to play for work! Of course, I take that VERY seriously. I have to give you a good overview of the game, after all. I’ve been playing Big Fish games for like a zillion years. At least 12, because I know I had an account before my son was born. It never ceases to amaze me how they constantly come up with fresh stories for all their hottest series. Dark Parables: Queen of Sands is a good example. 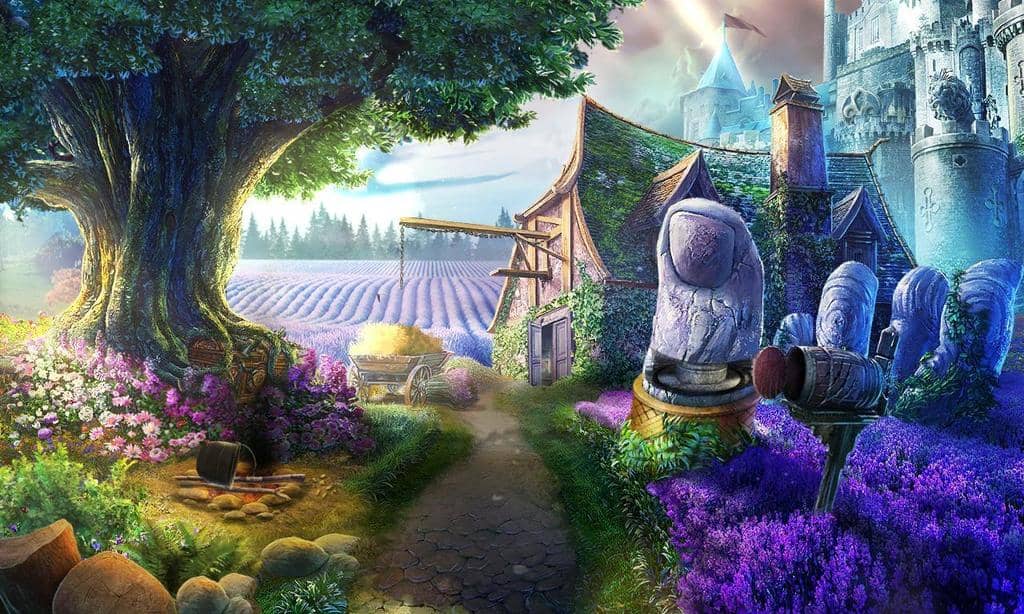 Nine games into the series and they’re still giving us an awesome experience with a brand-new story line. It’s very easy for hidden object series to get repetitive. Big Fish has several series and none of them suffer from this problem.

The graphics in this game are absolutely stunning. Dark Parables: Queen of Sands Collectors Edition begins with a simple mission to get you started: find healing leaves to heal the wounds of your guide. I grabbed a screen shot for you, but keep in mind that there is a loss of quality when you use screen shots. Also, while I usually try to use my own screen shots for these reviews, I had a technical issue with the program I use for them, so the rest of the photos come from Big Fish Games.

I had to take the game off full screen to grab my screen shot, but I HIGHLY recommend keeping it in full screen the entire game. I also recommend turning on the sound because it really enhances game play. I could literally write 1,000 words just on the graphics alone, but I’ll let the images speak for me. This is one of my favorites, look at all the rich detail and vivid colors: 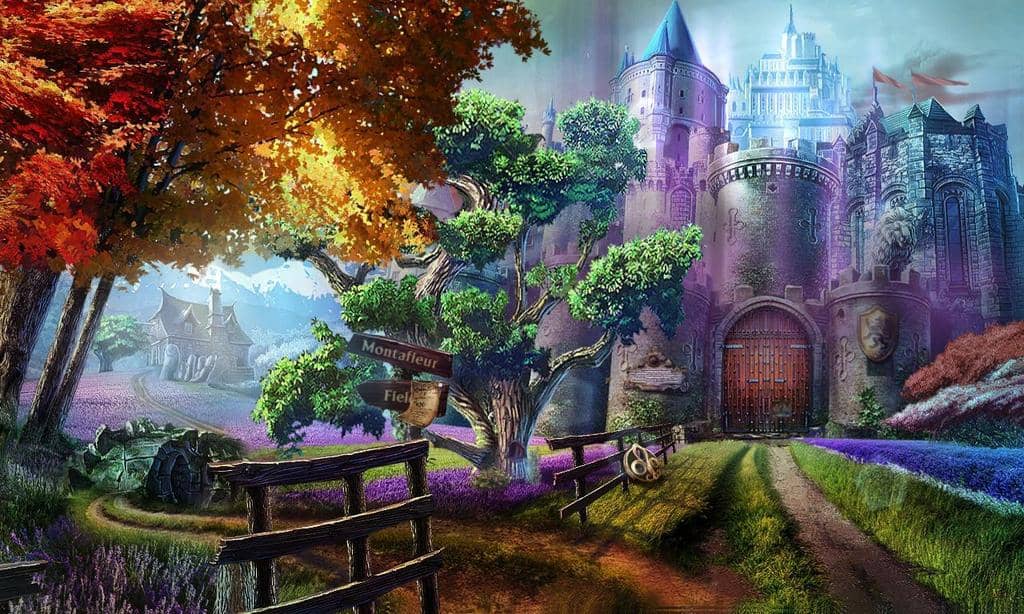 Stunning, right? The gaming environment really draws you in and makes you feel like you’re visiting a fairy tale village in France. All that detail comes in super handy during the hidden object scenes. 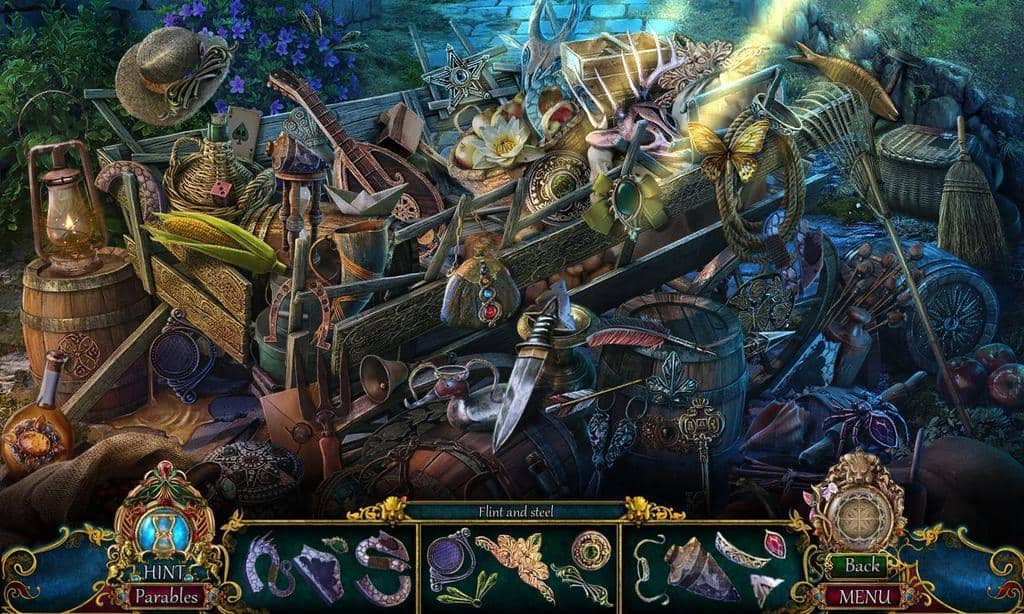 Dark Parables: Queen of Sands uses an image list to tell you what to find, rather than a word list. I find that this is easier at times because you know what to look for, but it’s also challenging because, in my case, my brain sees the item sitting down there and thinks “it’s right there, why are we still looking for it?”

The village of Montafleur is both beautiful and, at times, eerie. Of course it’s eerie, nightmares are coming to life! However, I wouldn’t call it crazy spooky. It’s not as dark a game as, say, the Mystery Case Files Dire Grove series. When you start the game, you can choose your difficulty level. I opt for casual because I like to relax and play. If you want a more difficult experience, go ahead and make it harder on yourself. Don’t say I didn’t warn you! 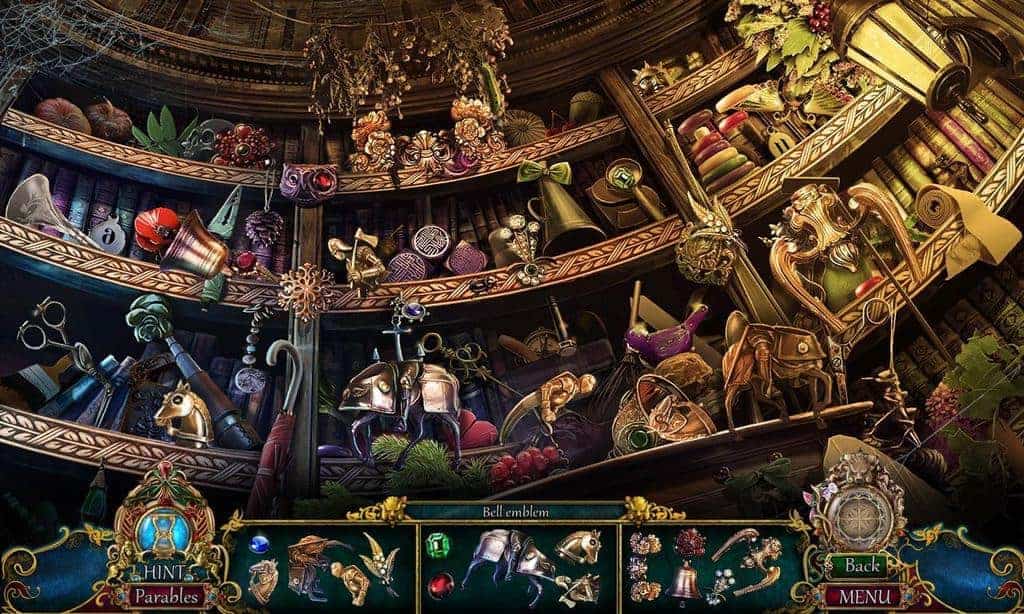 In addition to hours of fun game play in a lush, spectacular world, the Dark Parables: Queen of Sands Collectors Edition also has some other goodies that you can unlock. Find hidden collectibles to earn achievements, unlock more Dark Parables to read and discover the bonus chapter featuring the Parable of the Seven Ravens. It also includes an in-depth Strategy Guide in case you get stuck and need some extra help. Plus, explore the Art Gallery, listen to the Soundtrack and more.

As expected, Big Fish put out yet another incredibly entertaining and beautiful game that will definitely keep me up late over the next few nights playing! Thankfully, I’m off on Monday!

Dark Parables: Queen of Sands is available now for PC and Mac. It will release on IOS and Android devices later this summer. Grab it for $13.99, or 2 credits for Big Fish Game Club members. Not a member? Sign up now and you can get the game for $5.99! Don’t forge to follow them on Facebook, Twitter and Pinterest.

Have you played any of the Dark Parables games before? Which is your favorite? Tell us in the comments!

29 thoughts on “Dark Parables: Queen of Sands Delivers Fairy Tales with a Side of Spooky”