My husband knew someone (a man) who had a great job with a nice income and great career potential. This job, however,  happened to be a little too demanding. His wife also has a demanding job that she loves, but with less income.  They were both working crazy hours until the day they had their little angel, and balancing work and family became a challenge! 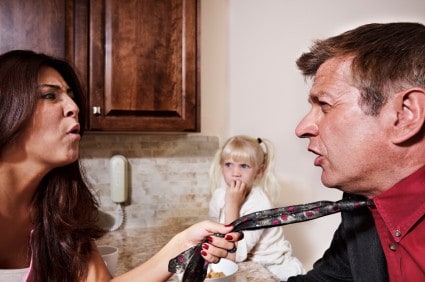 They had to reduce their working hours and adjust their schedules in order to offer their child the love needed. However, it was not easy: between diapers, nursing, working, traffic and all other commitments, their relationship started to suffer. It was a lot of pressure! The wife  didn’t like all this pressure and felt that this crazy momentum was preventing them from being a close couple, and that it was not allowing her to focus on her own career.

It got so intense at home that the husband was only left with two choices: either break his family apart or change job. He chose the later. This decision saved his relationship but destroyed his dream! It is not easy being a new parent, and there are lots of adjustments to make!

Do you think that regrets will catch up to this couple one day?

A couple is made of two people, but everyone should have something of their own. We’re all human, we want to succeed professionally, in love and have a great family, but we tend to ignore how to balance it up.

Is it possible to have two career-oriented persons in a couple? I still believe that it is. However, both need to be open minded enough to let the other work hard when needed and to accept that they’re still in love but just with a little less time to consume it.

15 thoughts on “Who should compromise on career ambitions in a couple?”