Head to any parenting forum and you’ll quickly discover that the right to refuse to vaccinate is one of the most hotly debated topics out there. Now, a recent story in Canada puts that right in the news again. A British Columbia family is livid over the fact that their teen daughter was vaccinated against their express wishes. The news story recounts a tale of how the Bootsma’s 14-year-old daughter was pulled into the school nurse’s office and vaccinated without even so much as a phone call to the parents.

The Bootsma family aren’t against vaccines. They have simply chosen to refuse to vaccinate their children after their first daughter had an adverse reaction. The Bootsmas were surprised to learn that, in B.C., 14 is the age of medical consent. When their daughter was pulled into the nurse’s office, she wasn’t asked about her medical history. She wasn’t really given a chance to refuse. Check out the video from CBC News for more information about the story:

This story leads to to a very important question: shouldn’t school nurses, doctors and other medical professionals respect a parent’s right to refuse to vaccinate?

Respecting the right to refuse to vaccinate

Let me make something clear: I understand that since the Bootsma’s daughter was the “age of medical consent,” the Bootsmas technically have no case against the school. Whether or not 14 is old enough to make medical decisions is a whole different topic. I think the fact the the school nurse didn’t even bother to ask the girl about her past medical history is, at best, medical negligence on her part and perhaps the Bootsmas can take that angle.

Another thing I’d like to be clear about upfront: as a former nursing student, mother and all-around epidemiology buff (viruses and bacteria fascinate me), I am a firm believer in the benefits of certain vaccines. They are the reason our children are no longer dying from things like polio and smallpox.  I vaccinate my son against the major illnesses and he’s never had a reaction. However, since my son was born premature, his doctor did opt to wait a bit on a few of them, so who knows it that made a difference. I, however, do not believe in flu vaccines (too hit or miss with the strains) and I’m really not so sure about the HPV vaccine. There are other vaccines that I would never consider getting as well, but as for the “popular” vaccines, I’m okay with most of them. 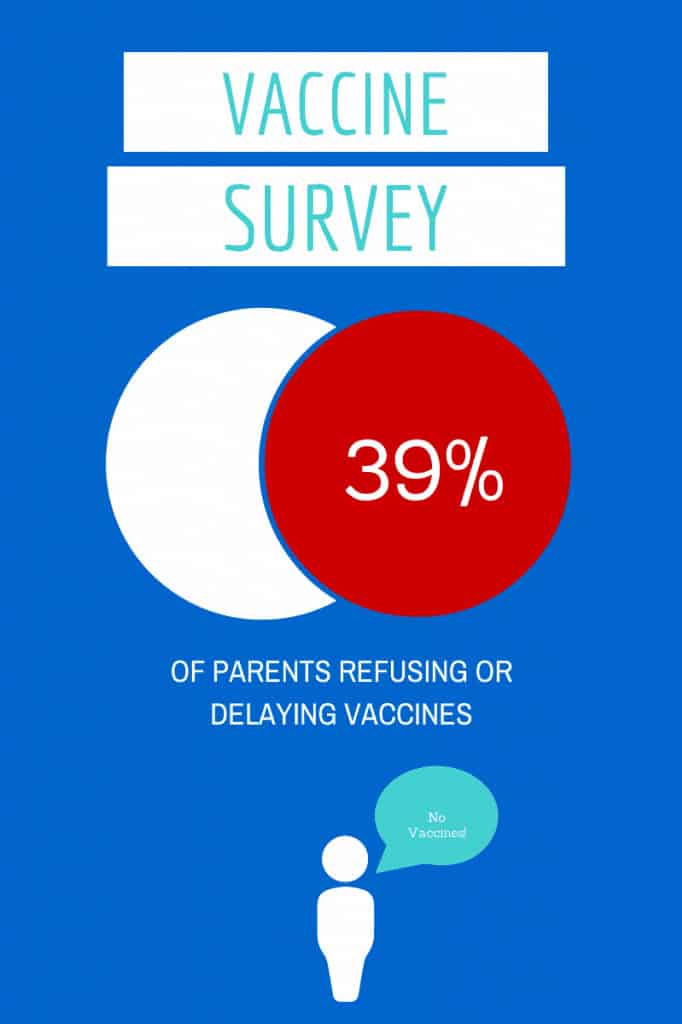 Even though I am generally for it, I strongly respect that other parents have a right to refuse to vaccinate their children altogether. Did you know that, as of 2008 (the most recent year I was able to find data for), 39% of parents were either delaying or outright refusing vaccines? Most of these parents have a very legitimate reason for doing so. I have friends who don’t vaccinate because their first born had a major reaction that affected his entire life.  Like all things in life, allergies to vaccines are possible. Reactions are incredibly possible. Bad vaccine batches are also possible, which leads to a whole new ballgame of issues. Too many parents have found out that reactions run in their family the hard way. Who can blame them for wanting to refuse to vaccinate their other children?

We all do the best with the information we have

Even if they don’t have what I personally consider to be a “legitimate” reason, who am I to decide what is right for other parents? I think we all do the best with the information we choose to believe. Really, that’s what it comes down to. There are studies for and against vaccines. We all decide for ourselves which studies are “right” and make our decisions based on that information. That is all we can do in a world full of mixed messages.

I’m sure I make parenting decisions that would cause other parents to gasp and hold their hands to their chests a la 1800s “fainting lady” style! I just opted my kid out of the state standardized tests, for example! Many parents that I’ve told that to have rolled their eyes at me and told me I’m setting him up for failure in the future. I did the best with the information I chose to believe, however.

Bottom line, when a parent decides to refuse to vaccinate, whether the medical community feels it’s right or wrong, they have an obligation to follow those wishes. The school nurse in the Bootsma case didn’t respect those wishes in my opinion. Using the whole “but she’s 14 and can make her own medical decisions” defense doesn’t cut it with me because the child’s medical history was not considered. Nor was that child really given a choice in the matter. You can’t make a medical decision if you’re not given a choice. In that case, the medical decision was made for her.

As a final note, I actually wrote this as I was suffering from a virus (either the common cold or the flu, not sure which it is yet). I’m a bit feverish, so if anything I’ve said doesn’t make sense, feel free to call me out on it! If it’s the flu, well, guess those who are for that vaccine can say “told you so!”

What do you think about the Bootsma story and a parent’s right to refuse to vaccinate in general? We’d love to hear your thoughts! I’m always up for a respectful debate.