With celebrities like Demi Moore constantly in the news for dating MUCH younger men, I found myself wondering what effect dating a younger man has on their children. In the grand scheme of things, dating a guy half your age probably isn’t the worst thing you can do as a parent. Still, everything we do as parents does affect our kids in some way.

As research for this article, I searched the term “dating a younger man,” hoping to find some studies on the subject. I was kind of surprised to find dozens of news stories about how even young women are dating men younger than them. That kind of disturbs me, because it conjures up visions of a bunch of 21-year-old women out there looking for underage teen boys. Hopefully that’s not the case! Alas, I found no relevant studies on the subject. I did find a great post from MomLogic about the pros and cons of dating a younger man. In their article, they pointed out that the AARP did a survey revealing that 35% of older women preferred younger men. That study was done in 2003, so who knows how much higher the number is now!

Parenting Tips: How does dating a younger man affect your children?

First, I should tell you, I am dating a younger man! Okay, so he’s only three years younger than me, but still, he’s younger, right? I have two stories about dating a younger man that may help illustrate the cons of doing it. First, my mom dated a guy that was about 13 years younger than her. I was 17 at the time, he was 22. Nothing bad came of it on my end. Honestly, I didn’t have any respect for his authority because he was the same age as some of my friends, but then again, he never really exerted any sort of authority over me. Once, when he dropped me off at a party, he told me not to do anything that would make my mom mad. That’s about it.

On my mom’s end, though, it really didn’t end well. See, this guy was nice enough, but he was kind of immature. That’s to be expected, right? My mom ended up pretty much adding another child to the household in a way. She was already a single mom caring for two kids, now she had a boyfriend who really wasn’t in a position to contribute to the family budget. The relationship didn’t last all that long. They were in different phases of their lives and it just didn’t work out. While that particular relationship had little to no effect on me as a child (or on my brother), they don’t all go that way.

My second story is about  a woman dating a younger man who hits on her daughter. True story, I know of a woman who is dating a much younger man. She is about 40, he’s in his early 20s. She has a teenage daughter. This man has actually hit on the daughter and made very inappropriate remarks. Sadly, the mom is too wrapped up in the relationship to do much about it, even going so far as to punish her daughter for “telling lies.”

Bottom Line: Is there anything wrong with dating a younger man?

These are two very similar situations with astoundingly different outcomes. So what is the bottom line? Does dating a younger man hurt your children? Honestly, it depends on everyone involved, as is the case with most parenting tips dilemmas. In my situation as a teenager, my mom’s first priority was keeping the family safe. Had her boyfriend made any inappropriate moves, he would have been out the door and in a police station so fast his head would have spun. Like I said, though, he was a good guy, just young! In the second situation, you’re dealing with a mom who’s first priority is her own happiness, even if it jeopardizes her child’s safety.

As for Demi Moore, say what you want, but she seems pretty devoted to her kids. Still, it has to be weird to have a potential step-father that is younger than you! 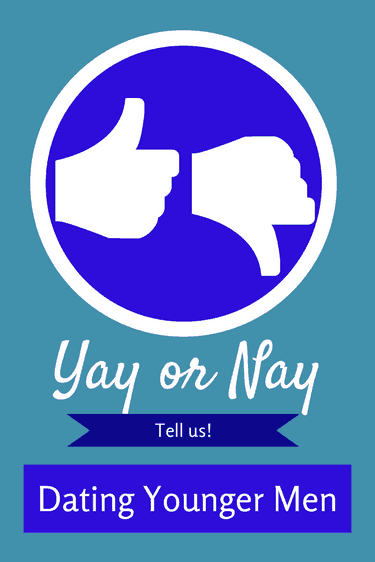 What do you think about moms dating a much younger men? Do you think it hurts the children in any way?

4 thoughts on “Parenting Tips: Is there Anything Wrong with Dating a Younger Man?”