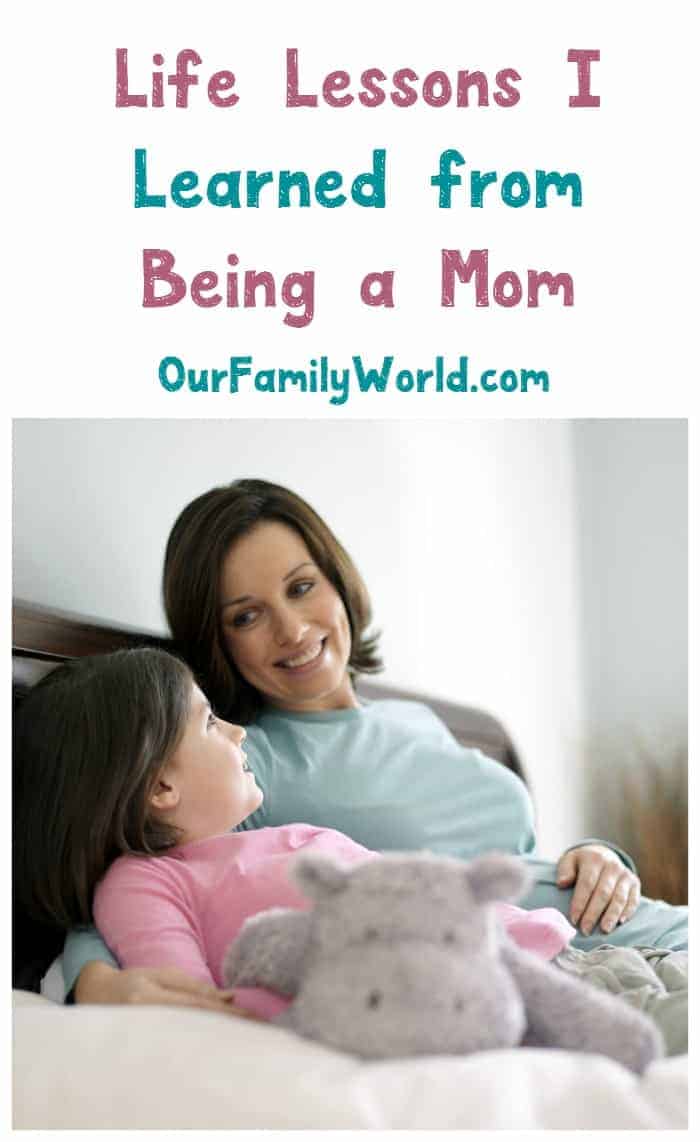 The life lessons that I’ve learned since becoming a mom are actually ones that have been resonating in my head for the past thirty-plus years, ones that my own mother taught me when I was young.  They’re all basic, and things that most of us have known since we were kids, yet they are still valuable and timeless.  In fact, they are maxims and adages that I am teaching my own son every single day. Check them out, then tell us what life lessons you’ve learned since you became a parent.

Related:What Are the Most Important Things I Can Teach My Child?

For me, this is the number one lesson I’ve taken away from being a mom.  It can be something as simple as smiling at the new mom you see walking her newborn in the stroller; holding the door open for someone at the mall, or giving up your seat on public transit to someone who needs it more than you do.  And just as it feels amazing to be kind to others, try not to forget the importance of being kind and caring to yourself as well.

It’s hard to wrap your head around this one sometimes, but generosity is such a great strength to have.  Don’t get me wrong; I’m not necessarily talking about generosity in terms of money (although if you’re in a position to donate to a worthy cause, then I say go for it!)…  But I’m referring to a generosity of spirit, taking time for others, and putting others above ourselves.  Consider how you yourself have felt when you know that a friend or family member is there for you, to offer support and encouragement when you’re going through a difficult time.  We teach our children to share at a very young age, which is in itself a kind of generosity – and there’s no reason for it to end in childhood!

This is the most basic value, but so often overlooked.  You wouldn’t think that grown men and women would forget to say “Please” or “Thank You,” but the amount of impolite people out there is really staggering.  Do yourself a favor, and don’t be one of them!  Make eye contact; listen when someone is talking to you (even if you’re not all that interested in the topic!); etc., etc. When you’re polite with someone, you’re letting that person know that you respect them.

Do you make a six-figure salary?  If you do, please don’t tell me about it!  Don’t tell anyone who’ll listen how advanced your toddler is for recognizing all twenty-six letters of the alphabet!  Don’t tell me how much you paid for your expensive car!  I think we should be proud of our own accomplishments, as well as the achievements of those we care about, but there is a fine line between pride and bragging. It’s important to know the difference.

We’re always telling our kids to slow down, usually when they’re running around like crazy and we’re afraid of them getting hurt.  But I think it’s also crucial for parents to slow down as well, to be able to live in the moment a little bit more and to appreciate our lives for what they are instead of rushing, rushing, rushing.  Our kids change so much so quickly, and I feel as though it’s so important not to let the little moments pass you by.  Now that my son is four years old, I can honestly say that time is flying by, and I want to be able to be present for every single moment while he’s still young.

With the age of social media that we live in, it’s really easy to judge other people.  But the thing is that we don’t know what anyone else’s life looks like behind closed doors – so how can we possibly judge them?  And more importantly, what good does it do?  Rather than passing judgment, perhaps try to understand where the other person is coming from.  When we judge others, it says less about who THEY are, and so much more about who WE are.

Isn’t it funny that literally all of the life lessons that I’ve learned since becoming a mom myself are ones my own mother taught me when I was a girl?  And now that I’m a parent, I’m encouraging my son to learn these same values.

What life lessons have you learned from being a mom? Share in the comments!