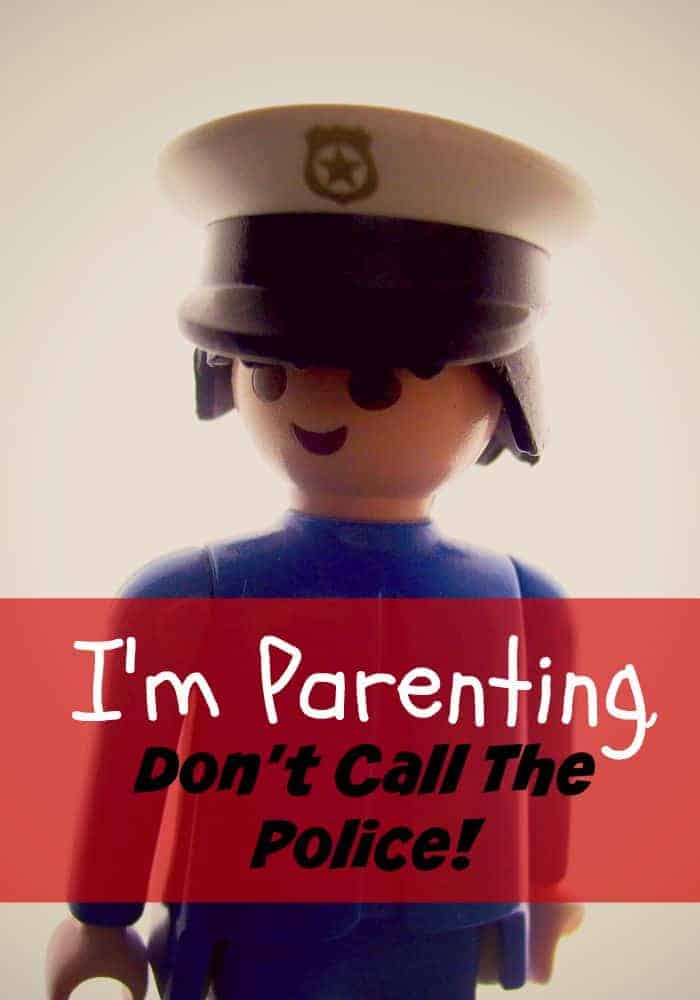 We parents tend to be a bunch that is stretched to the end of our rope. Most of us spend our time with our kids solving kid squabbles, healing boo-boos, teaching manners, and trying to help our child appreciate life and succeed. Each family has its own values and rules that parents are trying to teach their children. Aside from some different parenting ideas, often known as the Mommy Wars, most of us are reasonable adults who can parent in harmony with other families and within our community.

I recently saw this story where a Mom at a park called the police on a 3-year old who ran into her daughter. This story is truly bothering me, and I have had a hard time stopping thinking about it since I read the story. The article is nicely summed up in just a few lines:

A mother called the police after my son and her daughter collided in a playground accident. That really happened. He’s 3.

The longer version of this story suggests there are two sides of the story. The child was on a scooter and collided with another young girl who’s tooth ended up “wiggly and bleeding a little.” The mother of the kid who was run into according to the article has broken English, so perhaps there are a few other things going on in her life that are not part of the story.

The reality is the police are being called into parenting situations more often. Anyone’s child could have been playing at the park, collide into another child and that parent’s child calls the police… over an accident. A concerned neighbor used to walk across the street and tell you your kids are wreaking havoc. Now are you more likely to receive a visit from the police.What is truly worrying me is this incident could have happened to any of us, and the trend seems to be growing.

Related: Teaching Your Kids to Appreciate Others

More Parenting Incidents In The News

Did you see the Parents Who Are Under Investigation After 11-Year-Old Plays Alone in Yard for 90 Minutes that hit the news recently? The parents were running late caught in traffic, and the 11-year-old shot some basketball hoops at home while he waited for them. A concerned neighbor called the police.

What about the Parents whose neighbor complained over a naked four-year-old playing outside which sparked an RCMP visit. The kid’s clothes got wet while washing the car and he stripped down naked and was playing. How many times have you run after a four-year-old who stripped themselves naked and is running away laughing?

There were also the parents in Maryland who experienced their children being picked up by the police twice for walking home from the park by themselves. A concerned resident called the police, and the children were held for several hours before the parents were contacted. Should these parents be in trouble for allowing their children to walk home independently?

There was an old saying that it takes a village to raise a child, but it appears from the headlines the village is now calling the police. Are we so afraid of talking to a fellow parent that it is simply easier to call the police every time a child is injured or potentially in harm’s way? How can we teach our children independence if we fear a visit from the police?

Readers, why are the police being called for these incidents? Should parents be fearful of our neighbors calling the police about our own parenting choices?