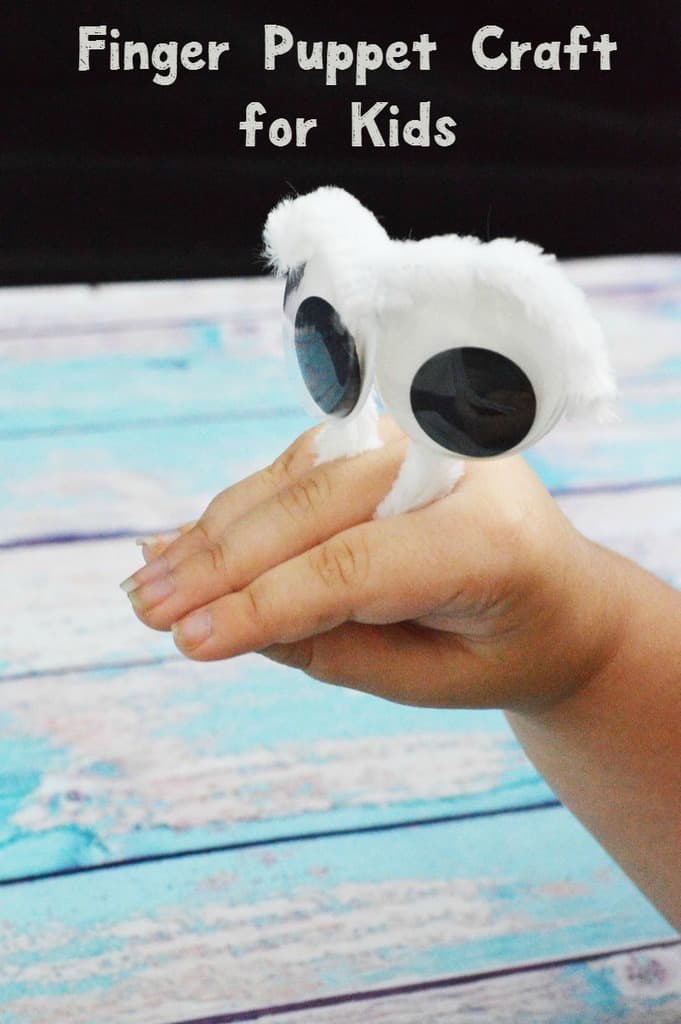 Today we have a super simple yet fun open-ended craft for kids that really lets your children unleash their creativity. I’ve always loved puppet crafts because they serve three purposes. First, the craft itself gives children something fun to do on a rainy day. Second, when they’re done, they actually have something that they can play with! Finally, it’s also a great way to help kids deal with emotions.  Puppets are super engaging because they encourage kids to use their imaginations to create personalities, scenarios and even whole worlds for their creations. 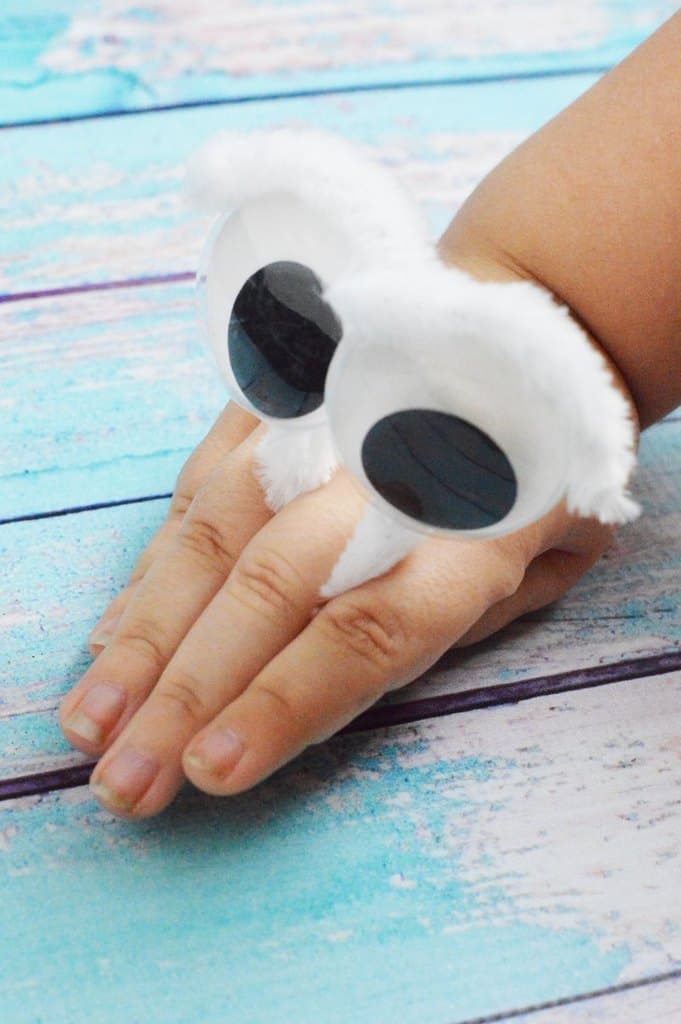 Playing with puppets together is also a fantastic way to get your child to open up about emotions. If you notice that your child has been feeling angry or sad lately, you can use the puppets to guide the conversation. Psychologists actually use them quite a bit when talking to young children. Kids often express their emotions better through a puppet, doll or stuffed animal than by just saying “Mom, I’m mad.”  Of course, you don’t have to have a deep psychological goal in mind when playing with puppets! You can also just do it for fun! Let’s check out how to make this easy finger puppet craft for kids. 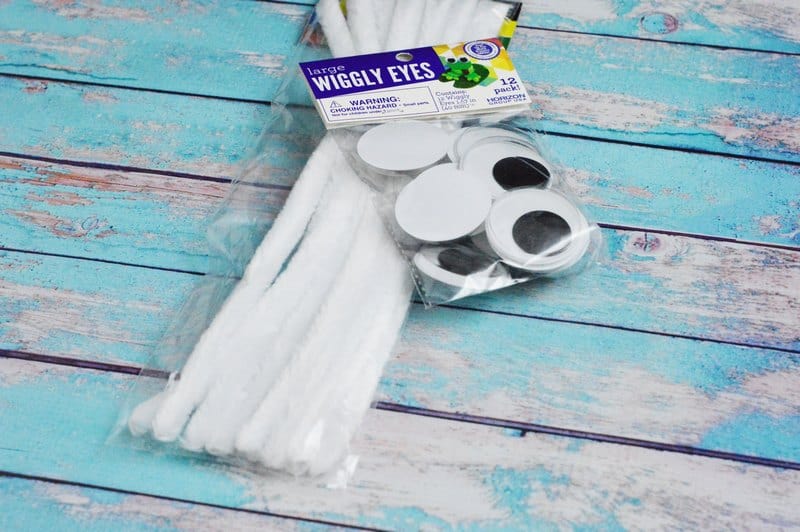 1. Begin by cutting about a two-inch strip of pipe cleaner and then two more strips about ¾-1- inch long. 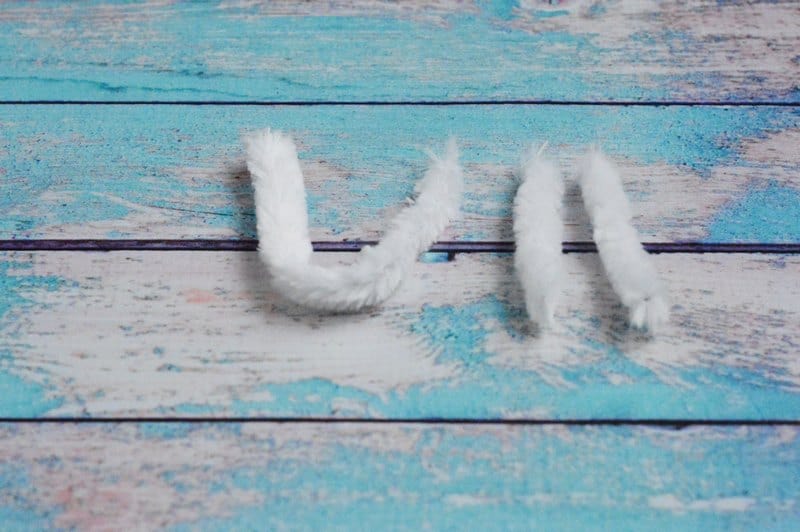 2. Bend the longest piece into a curve as shown in the photo. Then place your hot glue on the back of both googly eyes and attach them to the tip of each end of the longer, bent strip of pipe cleaner. Allow them to sit for a minute or two to fully dry. 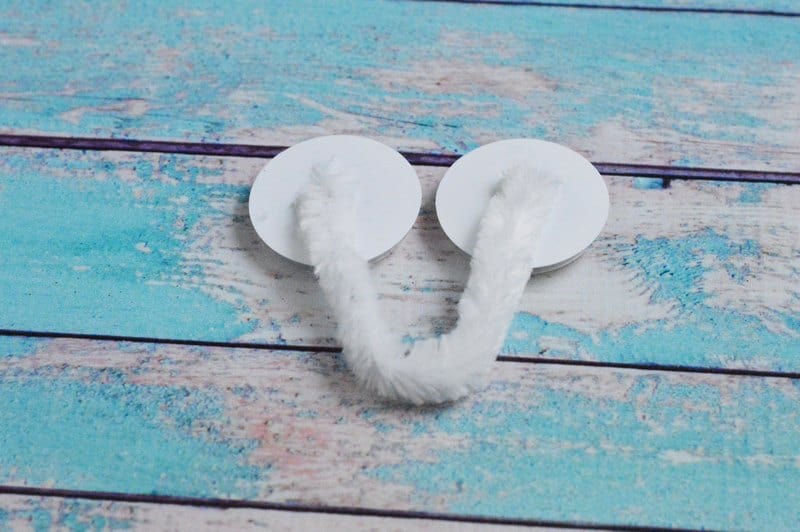 3. Next, put a line of hot glue on the top of the eye about an inch in length and attach one shorter strip of the pipe cleaner to the top of each eye. This will serve as the eyebrows. 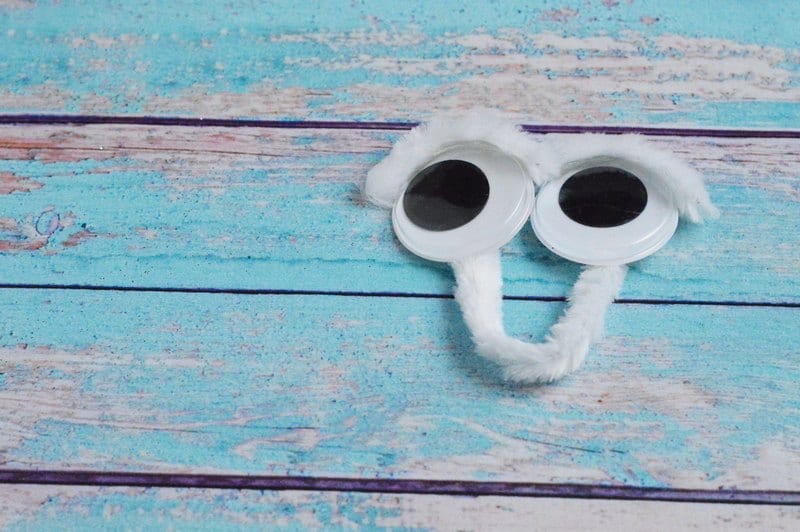 Let dry, then get to playing! Tell your child to use her hands as the mouth, like in the picture below. 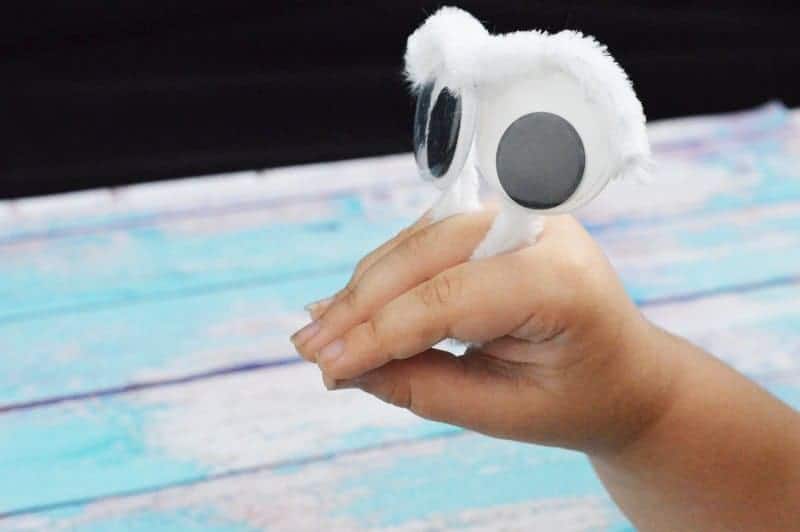 Using the finger puppet craft to deal with emotions

If you want to use the finger puppet to talk to your child about emotions, make one for yourself too. Then just start with an open-ended conversation and let your child guide it. I’m not a psychologist, so if you’re dealing with deeper issues, talk to one for more tips, but the overall goal is to either let your child bring up the emotions or slowly and gently drive the conversation there in a way that makes it more about the fictional puppet character than your child himself.

There are activities out there designed by psychologists that focus specifically on the moods of puppets, but I have found that open-ended conversations get you a lot further with your child. Kids are still figuring out their feelings. If we push a grumpy puppet in front of them because we think they’re feeling mad, we’re steering the conversation and not giving them a chance to explore. They could be feeling sad, scared, jealous or just hungry! Saying things like “are you mad because little Timmy took your ball” is also a way of “leading the witness.” Maybe Susie wasn’t mad before, but now you’ve put the idea in her head, and she starts to think she should be.

Bottom line let your child do most of the talking, play the role she assigns to you and let the emotions come out themselves. Again, this is all based on my own experiences as an emotional child (I believe they used the term “difficult” back then, I think they call us “spirited” now) and from a few psych classes (but I got an A in all of them!).

Have you ever used puppets to help better understand your child’s emotions? Do you have a favorite craft for kids that lets you explore your child’s feeling while having fun together? Share in the comments!