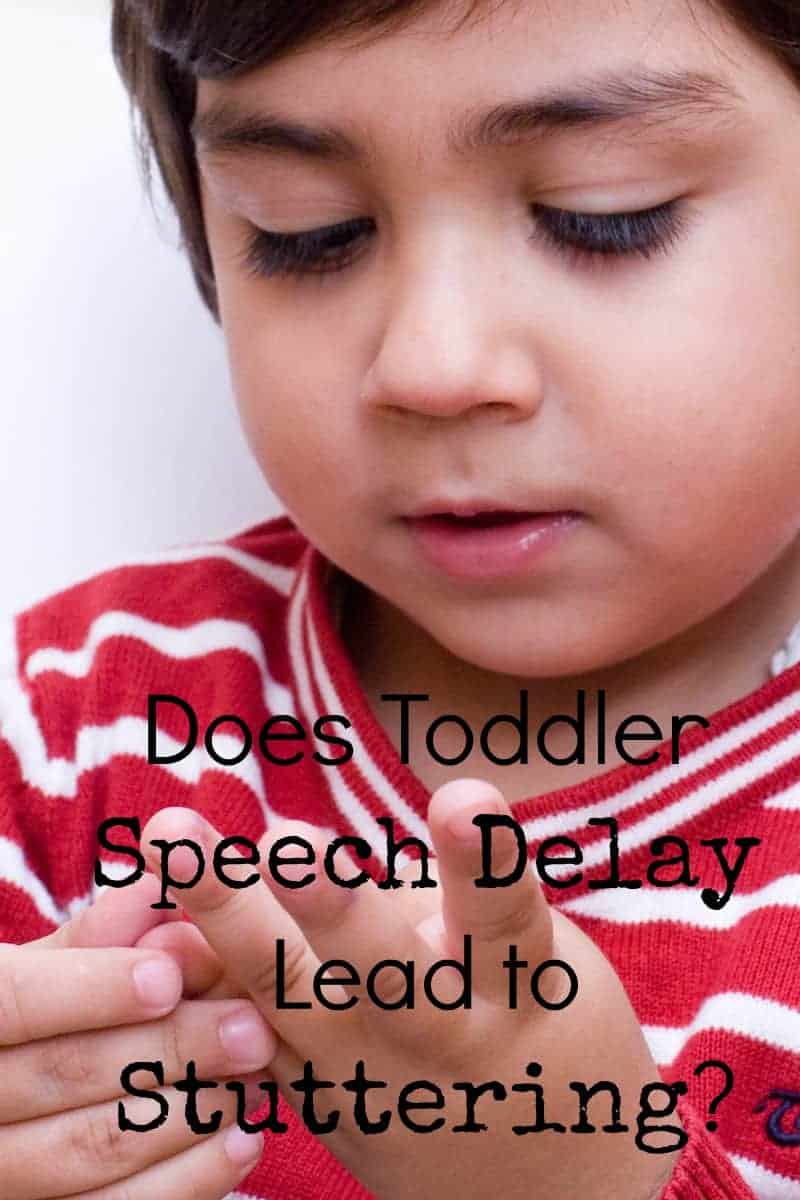 Related: What Other Issues Can I Expect When Dealing with a Speech Delay?

Does a Toddler Speech Delay Lead to Stuttering?

What exactly is stuttering?  Simply put, the flow of speech is broken.  You may notice your child has difficulty speaking or maybe he hesitates when speaking.  He might also tend to repeat certain syllables, words or phrases more than once when speaking.  For example, he might say something like, ‘I want it li-li-li-like this’.  When he is having trouble getting the words out, you might notice it in his face as well.  He might have some muscle straining around his mouth and face while he is trying to speak, he might blink, in an effort to get the words out.

Related: What Free Resources Are There for Coping with a Toddler Speech Delay?

When speaking and listening to your child, encourage slow and relaxed speaking, modeling this yourself.  You do not have to speak so it is uncomfortably slow but just be sure you are not speaking in a hurried manner (like most of us tend to do without thinking about it).  Think Mr. Rogers from Mr. Rogers’ Neighborhood.  Speaking more like him will help your child.  Do your best to not get frustrated with your child if his stuttering increases or he has difficulty at times, it will only make it worse for him, he is doing his best to communicate.  It is more frustrating for him than it is for you.

We want the very best for our children.  It can be hard for us as parents when our children have difficulty with things that other children do not have difficulty with.  Take a different attitude about it, and turn it into a positive!  Helping your child to overcome stuttering is just setting the way for him to know that there isn’t anything in life he can’t do if he sets his mind to it!

How have you helped your child who deals with stuttering?  Post your stories below!

22 thoughts on “Will My Toddler’s Speech Delay Lead to Stuttering?”

Leave a Reply to Mama to 5 BLessings Cancel Reply