Skip to content
Peaceble Kingdom is a company that was created in 1983 to inspire, educate and create fun items for children! The company has a mission of “make good, do good and be good.” They certainly do just that! They are extremely charitable by giving frequently to charitable organizations for children, and they also use high quality, eco-friendly materials to make their products. After about 30 years, they have created over 5,000 products and are a leader in juvenile stickers, greeting cards, and cooperative games.

Snug as a Bug in a Rug Review 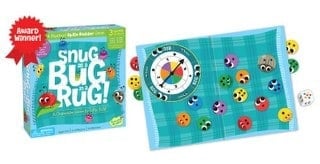 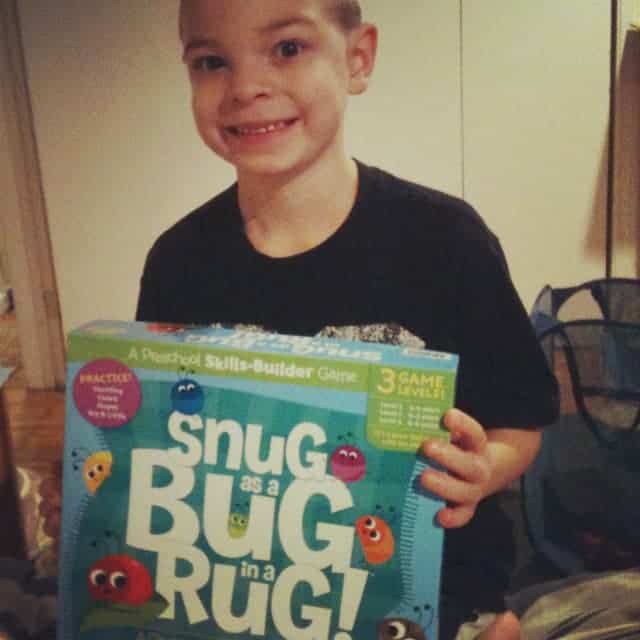 The goal of Snug as a Bug in a Rug is to get the colorful little bugs under the rug before the three stink bugs. For level 1, each player takes turns spinning the wheel and they have to match the color spun with one of the bugs on the rug…if they find the correct color bug, they place it under the rug. Once it gets to the point where someone spins a color and there is not a bug matching that color on the rug, a stink bug is placed on the rug! Phew!
From that point, each player spins the wheel and goes by the size of the eyes. Keep playing until all of the bugs are under the rug. If you get to a point where a player spins and the size of eye does not match, place another stink bug on the rug. Keep playing until there are three stink bugs. The person who has to place the 3rd stink bug on the rug loses!
Snug as a Bug in a Rug promotes the following skills for children:
– Colors, numbers, shapes
– Counting
– Visual discrimination
– Taking turns, rolling a die, spinning a spinner; and
– Working cooperatively
Here is a picture of the game: 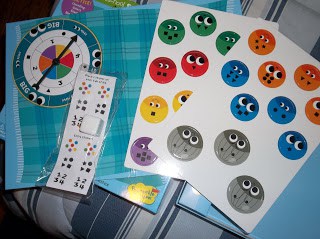 The bugs are so cute and colorful and they are large enough to stand out so kids can easily see and recognize the color they are looking for.
Snug as a Bug in a Rug is an award winning game. The following awards have been issued:
– 2012 Oppenheim Platinum Award
– 2012 Dr. Toy 100 Best Toys for Kids
– 2012 Dr. Toy 10 Best Educational Products
The game is geared toward children between the ages of 3-6, offering 3 levels of play to grow with the child. My 6 year old son absolutely loves the game and we had a lot of fun playing it, even with my 22 month old son.
Snug as a Bug in a Rug would make the perfect holiday gift for kids as it is educational as well as fun!
How to Buy:

Head over to their website, HERE, to purchase this fun game as well as a wide variety of other great products! The game retails for only $19.99. or on AMAZON

Connect:
Follow Peaceable Kingdom on Facebook!
Disclosure: an item was received to facilitate the review. No monetary compensation received.