This Sunken Secrets Game App review is brought to you by Big Fish Games. All opinions are our own. 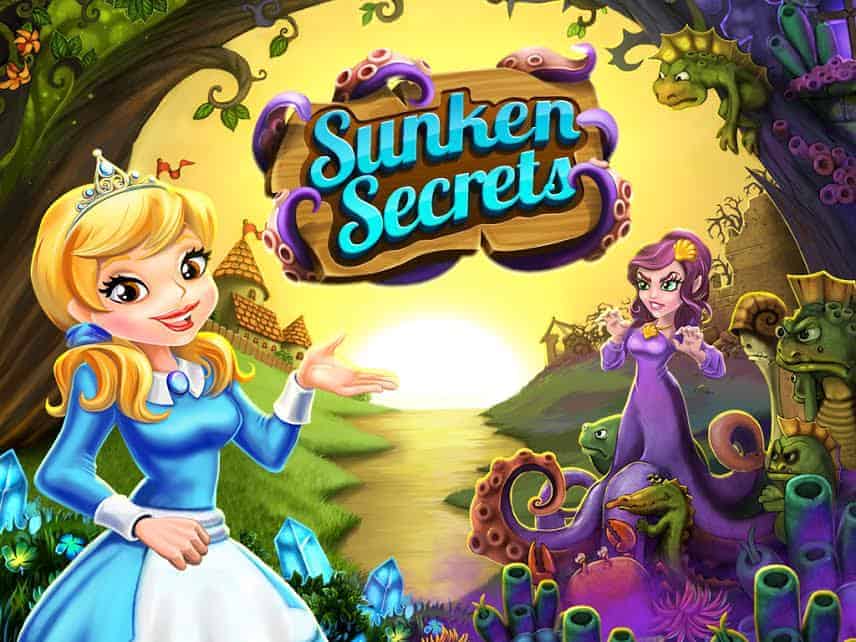 You know how much I love Big Fish Games, right? Every time the opportunity to review a new release comes up, I’m all “oh yeah!” followed by “uh-oh!” Oh yeah, because I always have so much fun playing their latest releases. Uh-oh, because, well, I have a little TOO much fun and get completely hooked! Sunken Secrets has been on my iPad for less than a week and I’m already incredibly attached to my little-cursed villagers!

Sunken Secrets Game Review: Save the Village from the Curse, Save Yourself from Boredom!

Sunken Secrets is an oceanic adventure that’s part simulation, part magical farming, and even part time management. Throw in social interaction with your neighbors (when you log in with Facebook), and it’s pretty much a bit of everything all rolled into one beautiful game. You’ll be hooked from the moment the tutorial finishes, trust me. I was! 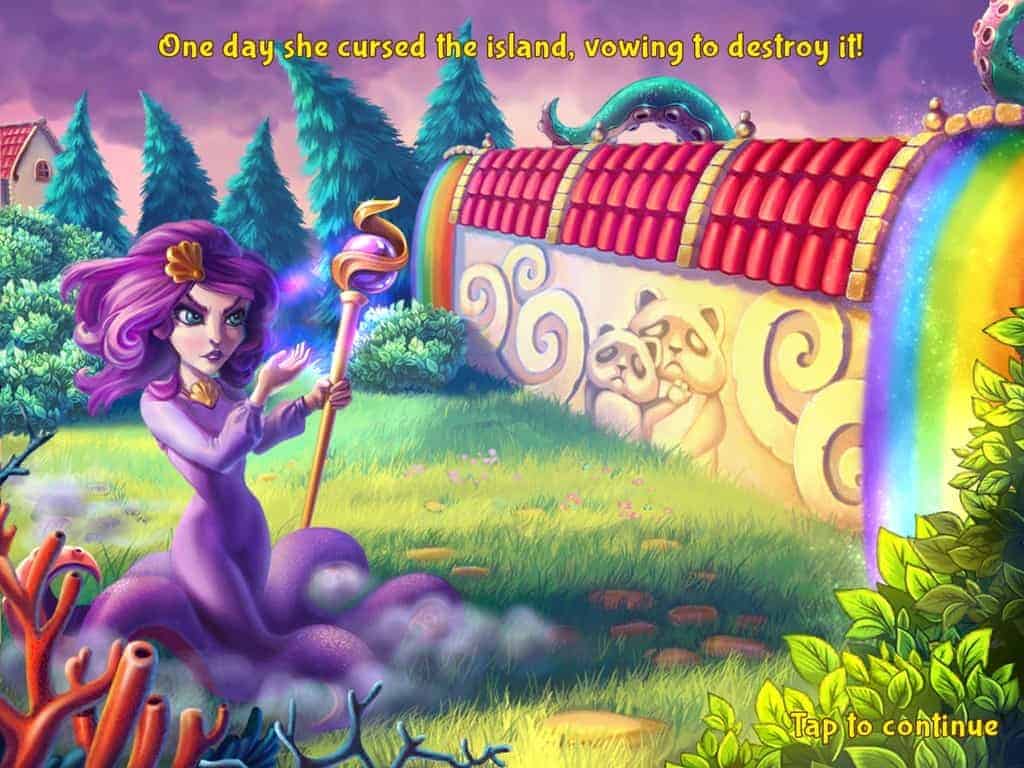 In Sunken Secrets, it all starts with a curse. A wretched curse that turned all the sweet villagers into weird little sea creatures! Now, I don’t know about you, but I don’t think I’d want to live out MY life as an octopus! I can’t even swim well! Your mission? Gather enough magic to free the village from the curse one section at a time. As you bring the village back to its former glory, you’ll unlock new stages of the game. 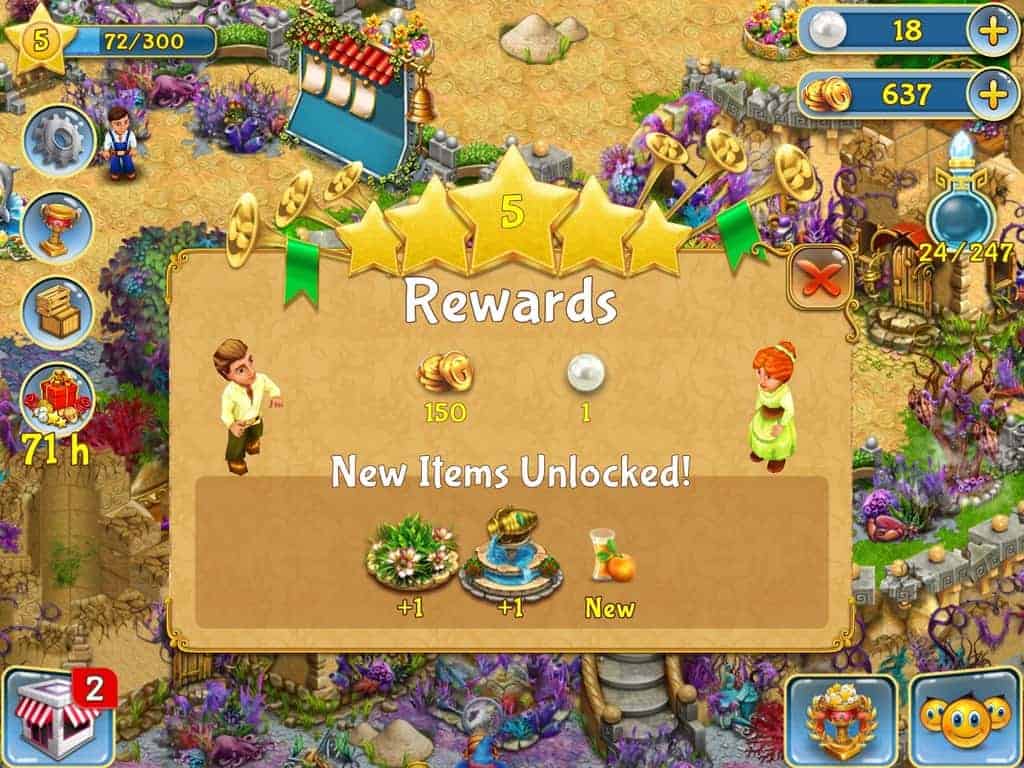 When you first arrive on the scene, your magic limit is pretty low. You’re just not powerful enough to go up against a witch of the “big bad’s” caliber! You’ll need to grow some crops, make some tasty treats and sell some goodies to earn money and experience points. As you unlock higher levels, you’ll have access to more fountains of magic. Use that magic to de-curse buildings and make them beautiful so you can unlock MORE magic and de-cure MORE areas. Make sense? 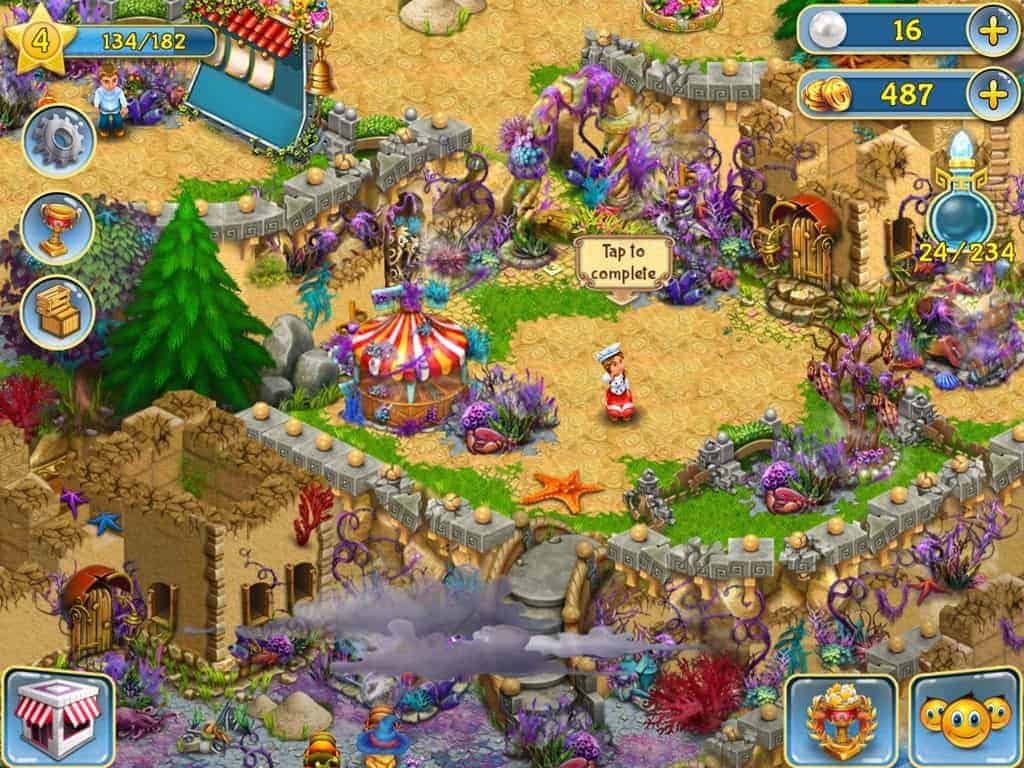 The higher you get in levels, the more cool stuff you’ll unlock. I recently unlocked the wizard and, with his help, the Panda trade route. Now I can send my hot air balloons full of goods off to deliver items and return with magical stones! 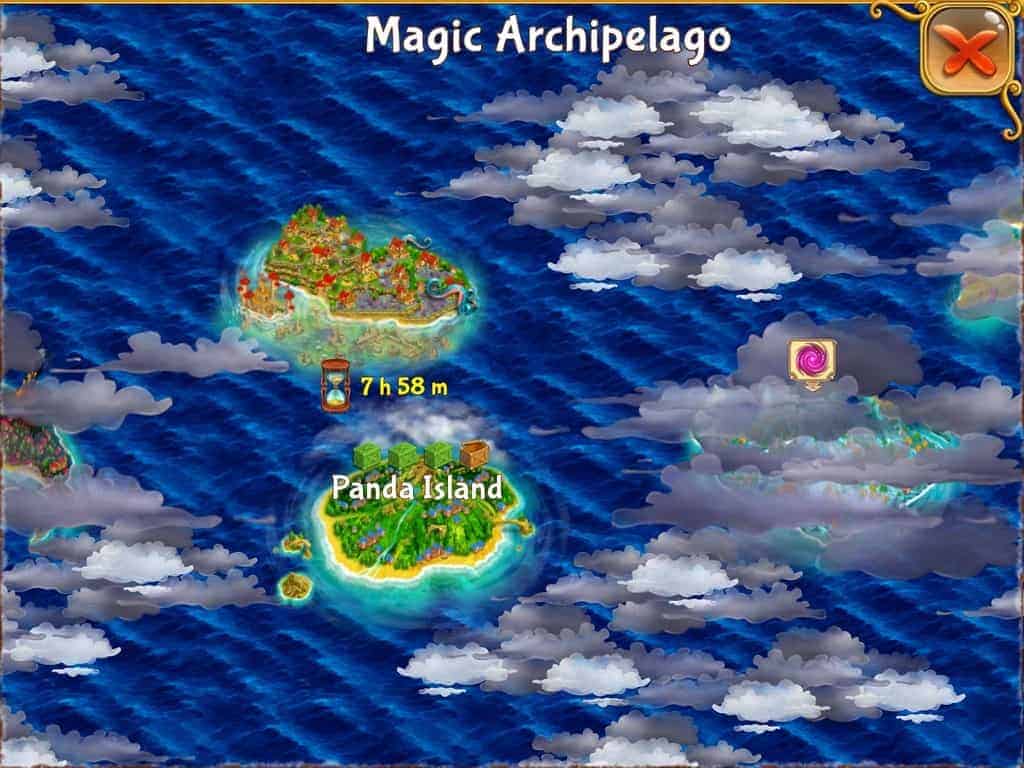 Throughout the game, you can use pearls to speed things up or buy special objects (or extra slots, air balloons, etc). You can buy these pearls for real money (they have a great starter pack deal for $4.99), but you can also earn them. Every level-up gives you at least one pearl. You’ll also get them for achievements. 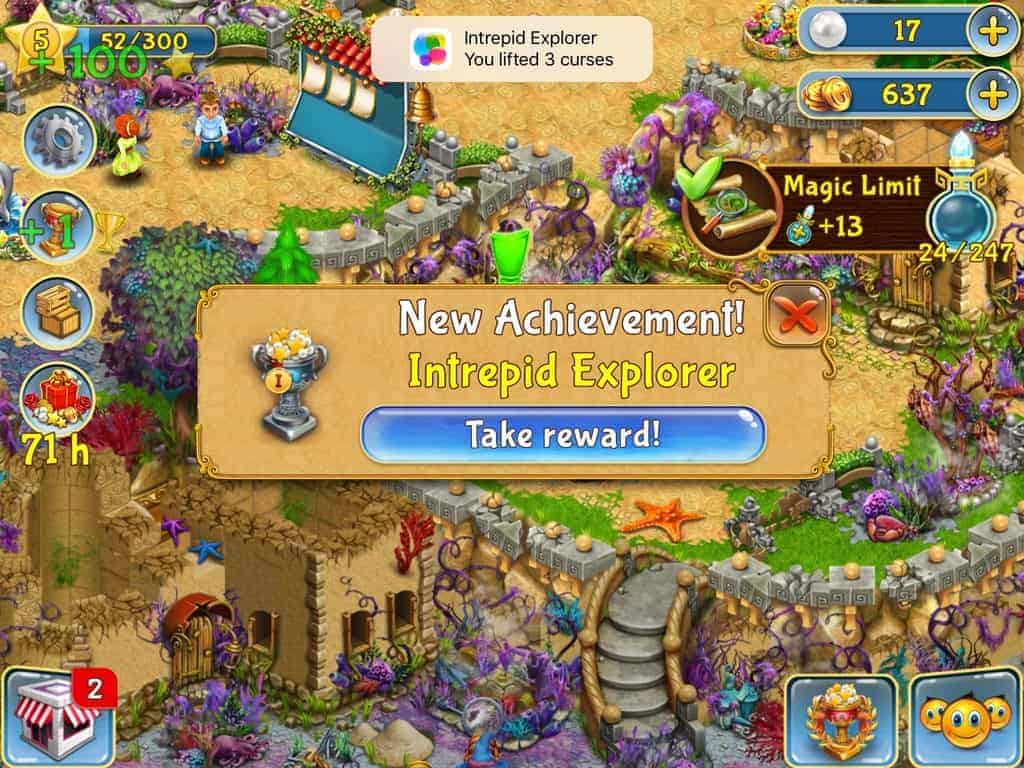 You have TONS of chances to earn achievements in the game for everything from farming to lifting curses. I love that Sunken Secrets gives you plenty of opportunities to earn pearls without spending your hard-earned real cash.

Sunken Secrets has so much to do, it’ll keep you busy for hours if you want it to. On the other hand, if you just want to check in with your villagers, grab your magic and break a few curses in your spare time, you can do that as well. It’s one of those great games that gives you enough opportunities to keep playing when you want to chill on the couch after a long day, yet doesn’t punish you with wilting crops or too many lost opportunities if you need to take a breather for a day or two while you get real-world village un-cursing done.

Grab Sunken Secrets for iOS now and start saving those villagers while also saving yourself from boredom! Check out Sunken Secrets on Facebook and Twitter to keep up with news and game tips!

Have you already started playing Sunken Secrets? What do you like about it? What is your favorite Big Fish Game?

25 thoughts on “Sunken Secrets: Save the Village from the Curse, Save Yourself from Boredom!”