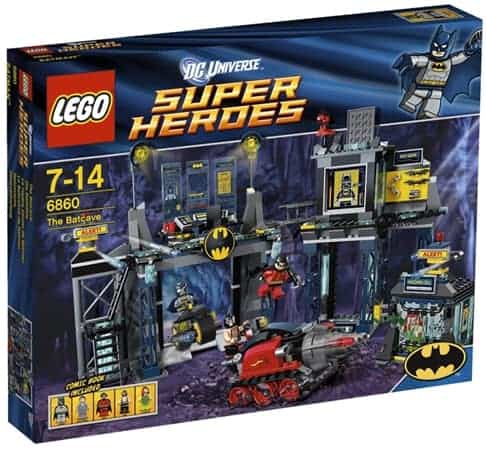 Biff! Bang! Zap! Super heroes are super popular at the moment, with video games, comics, TV shows and recent blockbuster movies, such as the Avengers and Dark Knight films dominating the entertainment scene. Combine this with the enduring children’s favourite toy, Lego and you’ve got a dream partnership, like Batman and Robin.

Now Lego have launched their Super Heroes line, allowing you to recreate the most spectacular scenes from the movies on your screen and in your head. Gone are the days of searching your brick pile for enough green pieces to build the Hulk and the frustration of realising you’ll never have enough purple for his trademark ripped pants. All your favourites are available, including Batman, Superman, Wolverine, Iron Man, Spider-Man and many more. These beloved characters have been around for over fifty years and are treasured by adults and children alike as their legacy is passed from generation to generation.

There are two main lines in this collection, one featuring heroes from DC Comics and the other from Marvel. DC is the home of Batman, Superman, Green Lantern and Wonder Woman and they are all represented here. Each set focuses on one hero or well-known scene, such as the Daily Planet or the Batcave and comes complete with all the required pieces, plus the hero and villain. Battle the Joker in Gotham City or take on Lex Luthor in his power armour.

From the Marvel side, you can rebuild the Daily Bugle after it’s been destroyed by the dastardly Doctor Octopus or help Captain America fight alien invaders. All the Avengers from the movie are available too, or you can build your own team to take on the latest threat from a nasty super villain.

One of the best things about the Lego Super Heroes series is the ability to mix and match. Has your child ever asked you who is stronger, Superman or the Hulk? Who is faster, Batman or Spider-Man? Ever wondered what Wolverine would look like wearing Superman’s cape? In the real world, with two competing entertainment companies, it’s unlikely we’ll ever get an answer to these questions, but with Lego, you can find out.

Lego Super Heroes collection fires your child’s imagination by allowing them to construct new scenarios for their favourite characters. Take your child shopping and get your favorite Lego toy sets at Tesco, then bring them home and help good conquer evil. Added to Lego’s extensive existing range, the possibilities are endless and the power is in your hands. Just remember, like Spider-Man says, with great power comes great responsibility.