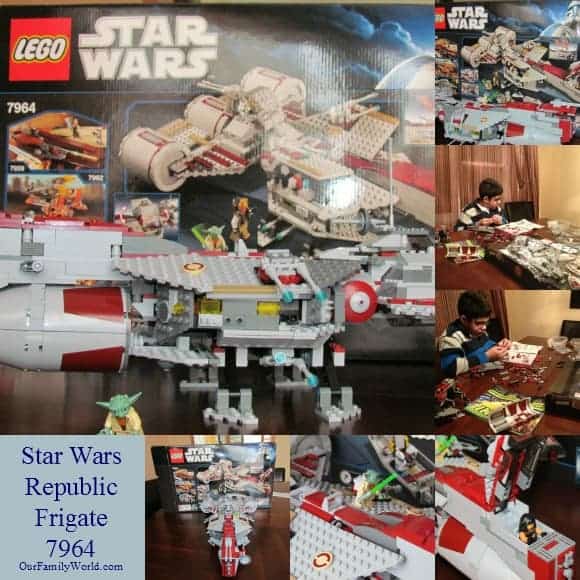 Last week, I shared with you my son’s experience with LEGO Star Wars Millennium Falcon 7965 that we got him during summer break! He had a blast with this Lego and asked for the LEGO Star Wars Republic Frigate 7964 for Christmas! I ticked a bit when he asked for it because it is a bit expensive but my husband and I thought it was worth it! It is hours of pleasure and delight for him! So we saved money for this game: Each week, I set aside some cash in a special jar! When it was time to buy it, we had enough money for that! 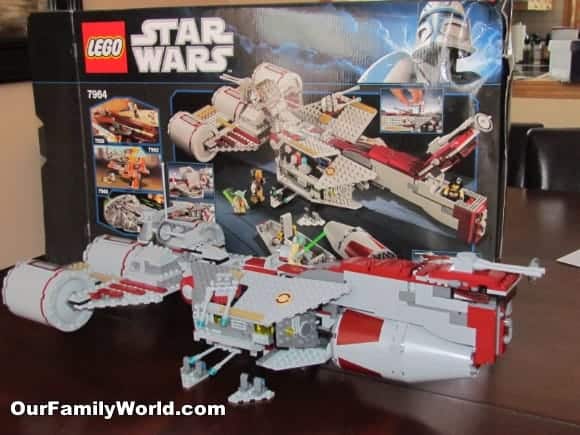 LEGO Star Wars Republic Frigate 7964 is just the right product if you are looking for Jedi and clone heroes. The set includes 5 minifigures, Wolfpack clone trooper, Clone Commander, Quinlan Vos, Eeth Koth and Yoda. The Frigate offers removable escape pod, opening cockpit, flick missile and revolving turbolaser cannons. You will also find 2 blasters and 3 lightsabers also included. You will find it a very enjoyable experience to put together this Lego build. This is an ideal gift for 10 years old, especially boys. 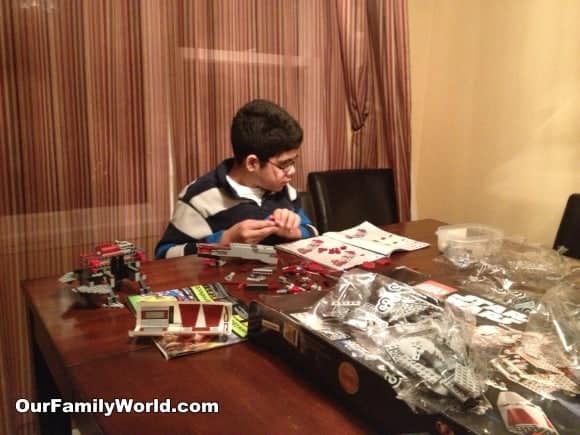 Star Wars Republic Frigate 7964 is a large kit, and is sure to take up quite a bit of space. Those pre-organized numbered bags make it less consuming to build. There is no need to look through thousands of pieces for that one little piece. Use one segment at a time and watch the assembly process that is much more organized. The detailing on every piece is excellent and all the core structures are very sturdy. The Republic Frigate offers flick missile, detachable escape pod,, opening cockpit, proton torpedo launcher, rotating turbo-laser cannons, retractable undercarriage, opening hatches, and detailed interior. 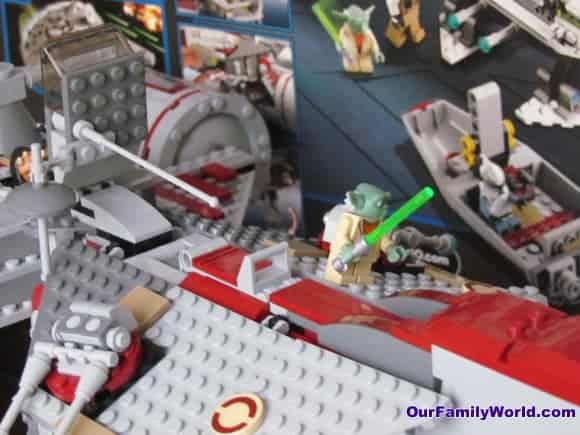 LEGO Star Wars Republic Frigate 7964 is just the ideal choice for your kid. Spend hours with him to make that ship and crew it with your favorite characters like Eeth Koth and Yoda.  The stickers are of great quality and most kids would love this product. The launching mechanism is cool and you will get impressed by the flick fire missiles and rotating turrets on the outside. It will look impressive on the shelf but gets low marks for meaningful play. 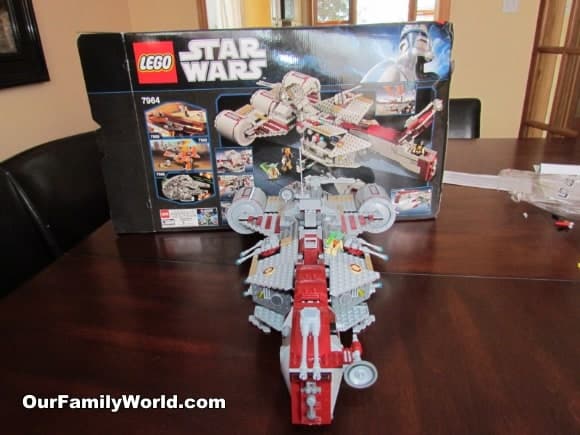 The instructions are easy to follow and the mini-figs are well defined with detailing. The launching mechanism is cool Republic Frigate 7964 is the ideal gift  for boys aged 9-12 years. The blocks are multicolored and carry no hazardous material.