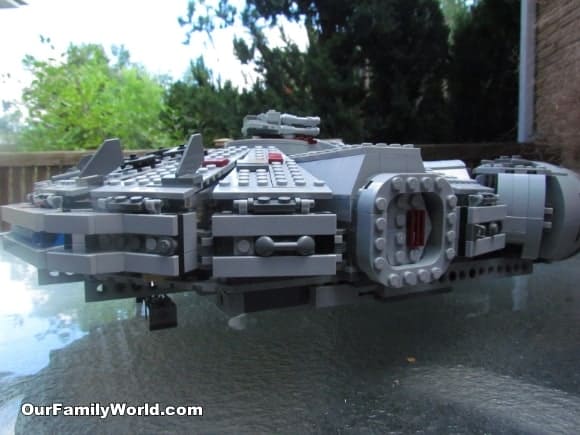 My 11 year-old son is a Lego addict! It is a good addiction though but can be sometimes expensive. At this age, Legos are pricy but it is worth it! He can play for hours! When he finishes, he starts all over again with a friend or on his own! The thing I like about Legos (besidesthe fact that it keeps him away from TV), is that it helps him with his fine motor skills!. When he is stuck, his dad is happy to help him which makes a great bonding time! The thing that can be frustrating is when you lose that small little piece that keeps you from contingent the Lego project. But since we have tons of Legos at home, my son manages to find it!

We bought this Lego Star Wars Millennium Falcon during our trip to Florida at Downtown Disney! I promised him that we will get him a Lego Star Wars because he had good grades and worked hard at school! The store is huge! My son didn’t want to go out! After discussions and negotiations and bargaining, he got his Lego Start Wars Millennium. Look at that display! He was so thrilled to find just the right one. 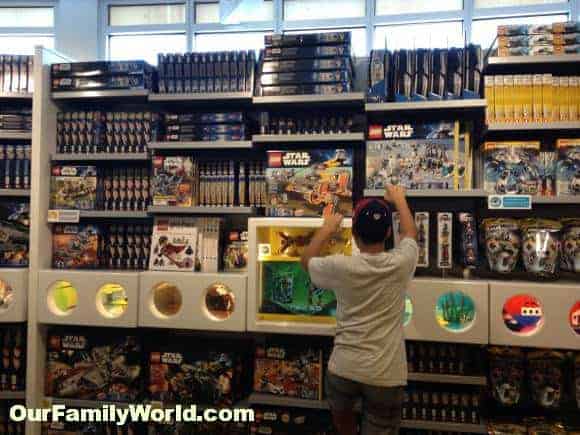 LEGO Star Wars Millennium Falcon 7965 will take you straight to the Death Star escape scene. Those 1254 LEGO pieces Make for a detailed, articulating display. Get surprises like detachable cockpit cover, rotating laser cannons and twin flick missiles in this Millennium Falcon set. The Lego set is ideal for kids aged 9 to 14 years. You will love those 6 mini-figures – Chewbacca,  Han Solo, Darth Vader, Luke Skywalker,  Princess Leia Organa  and Ben Kenobi. Go ahead and recreate your favorite movie scenes with these characters.  It measures 15 inches wide and 4 inches tall and is just the right model for Star Wars fans.
Features

The numerous details on Lego Star Wars Millennium Falcon 7965 are sure to impress every kid, including the adults. Depicting the famous Millennium Falcon, those firing twin flick rockets, detachable cockpit cover, rotating top- and bottom- turrets will fascinate your kid for hours. Watch him unleash his creativity and enjoy those cool features included in this model. One can position the figures outside the ship and go for an enhanced play with those blasters, light sabers and crossbow. This is a great way to have some fun time for hours with your child. Detailed step-by-step instructions ensure that the construction is simple and straightforward. The finished model may look complex but you will not feel any complications. 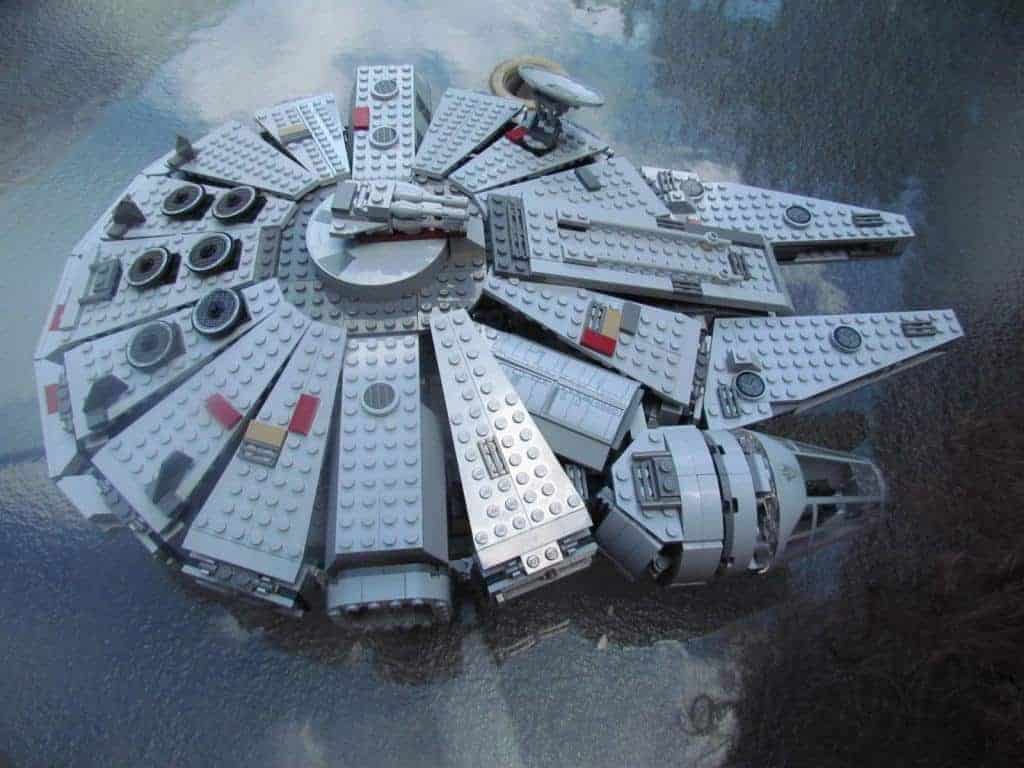 Pros and cons of the LEGO Star Wars Millennium Falcon

Conclusion
Escape from the grip of the Death Star with the LEGO Star Wars Millennium Falcon 7965. The new Millennium Falcon offers some stunning details that will keep your child enthralled for hours. The model is pretty easy to build and the massive and amazing set will be a pride on your shelf. The set is pretty much in scale and you will love features like  the roof of the Falcon that can be opened  or those training droid, panels and beds. The parts are separated out neatly into different numbered bags, so it is easy to sort them out. The size of the product is just right,  and it is not too bulky or heavy. And it is quite sturdy too!

What do you think of this Lego Star Wars Millennium Falcon? Do you have something to share about it?