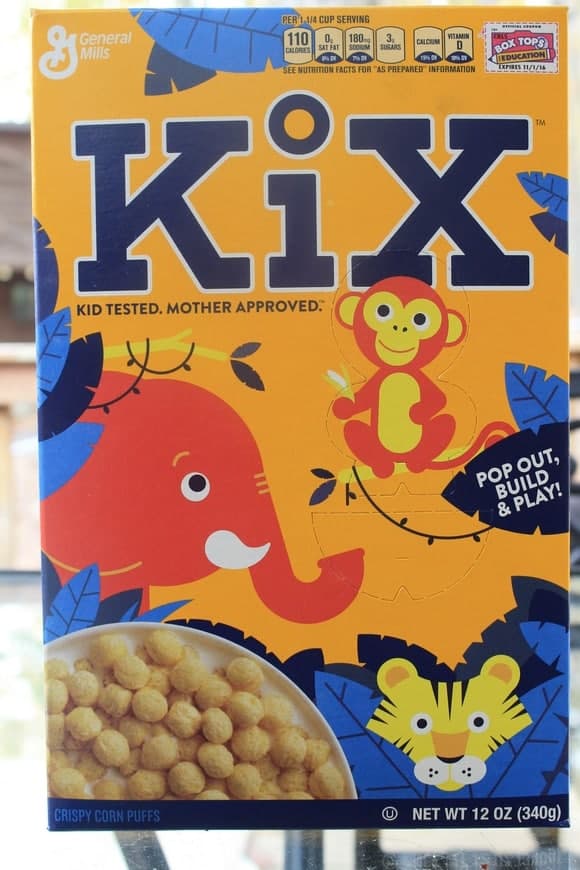 We’ve all heard of – and loved- surprised inside a cereal box, but KIX has found a way to turn the box itself into an exciting surprise! The new KIX Storybox, sold exclusively at Target, features fun pieces that you can pop out and use to create all sorts of adventures. 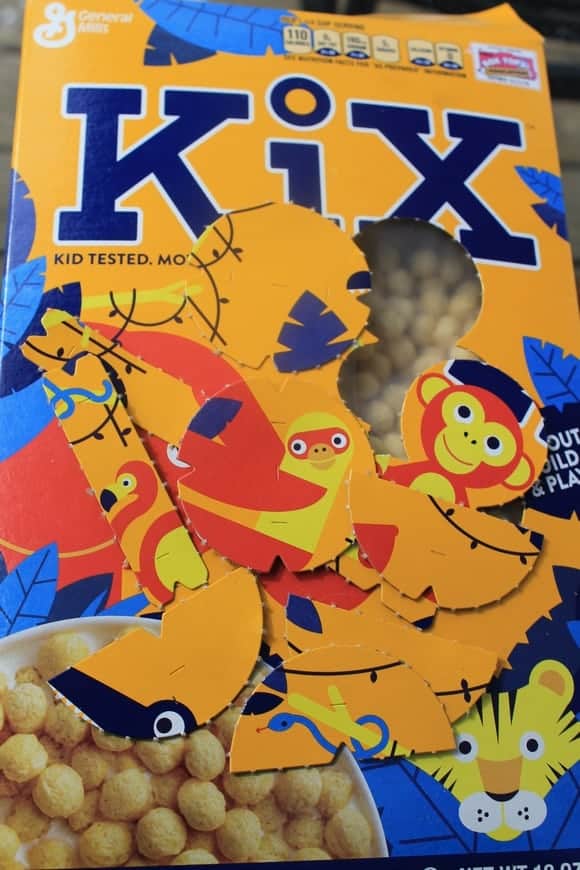 Jacob and I tried out the Original KIX Storybox, with a super cool jungle theme. The box gave directions on how to make a cute giraffe, so we gave that a try. It’s funny because I couldn’t imagine the pieces resembling a giraffe until they all came together. 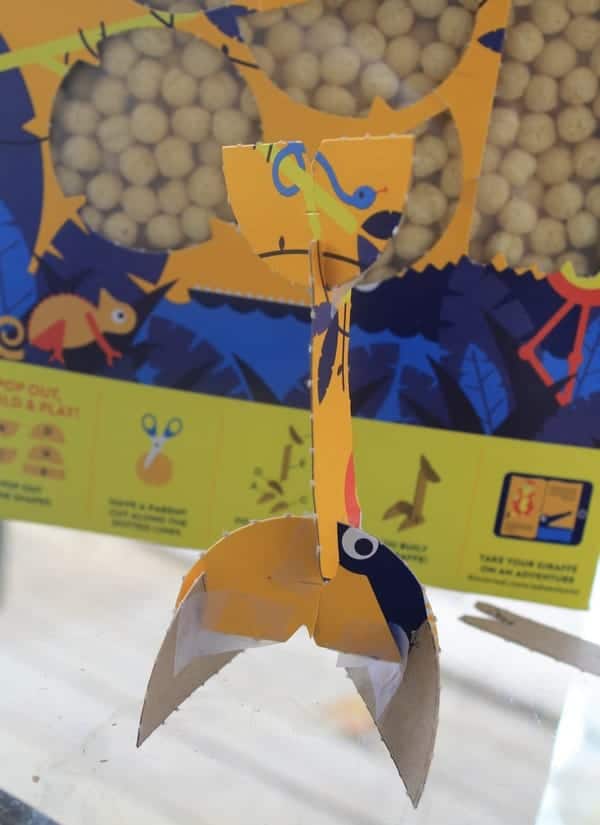 Create your own adventure with KIX Storybox!

After we followed the directions on the box, we still had leftover pieces, though, and Jake wanted to do something with the monkey. So we decided to head to the KIX Storybox website and see what else we could do. Jake wanted to try the racecar, but we didn’t have a second box available for that. So what did we do? We made a spaceship!

I had a black foam board that I use for pictures, it was perfect for making a dark night sky. Since Jacob is so into computers, rather than put stickers on the actual board I let him play with a photo editing program to create his own night sky. Think of the foam board as a “green screen,” except not green, of course. 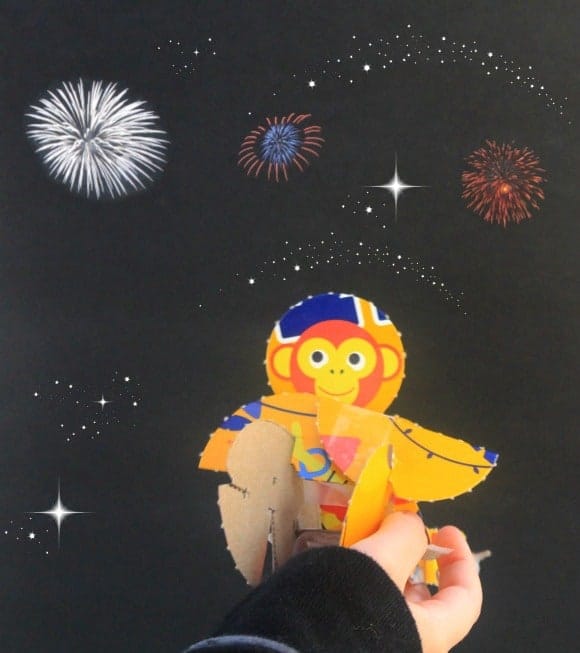 Both Jake and I loved how we could take the pop-out pieces of the KIX Storybox and transform it into our own fun project. It was cool to explore the mixture of digital and physical media to create a cool craft together.

Once we finished that part, we talked about all the adventures that our monkey would have in outer space. Where would he go? What planets would he visit first? Jacob is interested in space right now, especially the idea of black holes and life on other planets. His interest in black holes actually started back in kindergarten. He’s already light-years ahead of me when it comes to physics (pun intended, although my lack of physics knowledge makes me wonder if it’s the right pun!). Who knew a cereal box could be so much fun?

The KIX Storybox is exclusively sold at Target. The Original Kix features the jungle theme, while the Berry Berry features a fun Under the Sea set and the Honey Kix focuses on woodand characters. Grab your favorite KIX and see what kind of imaginative adventures your children create!

Which of the KIX Storybox themes would your kids enjoy most?

23 thoughts on “Adventure Awaits Kids on every KIX Storybox”