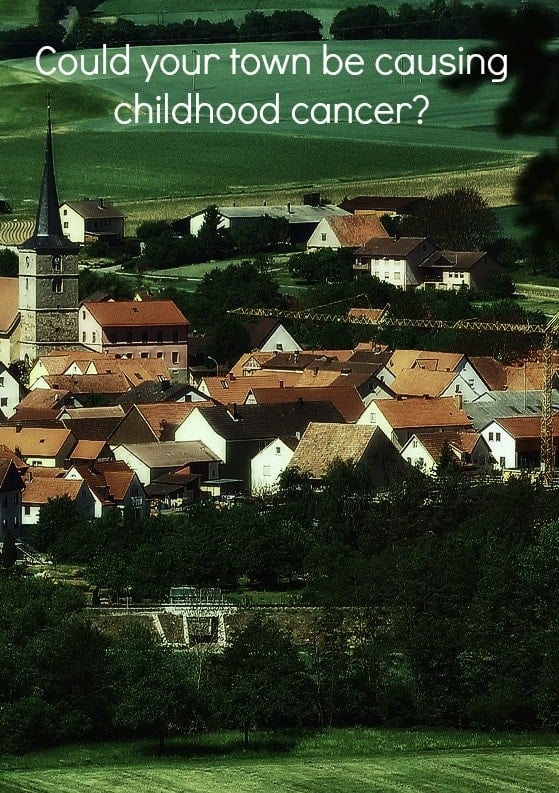 Could your home town cause childhood cancer? What seems like a silly question is actually a rather logical and serious query according to a to a study in Pediatrics magazine.   Although it seems odd, the study found that kids in living the northeast are much more likely to be diagnosed with Cancer when compared to other areas. The study also found that childhood cancer was the least likely in South. This finding was based on studies of nearly 37,000 kids that had various types of cancer. It included kids of different ages, races, genders and geography.

Hometown atmosphere may cause childhood cancer

It appears that more children suffered with lymphomas in the Northeast as well as tumors in nervous system. These findings are important because the more we know, the better able we will be to find a cure for these horrific diseases. The study was done some time ago, but the numbers ring loudly in our ears…childhood cancer is a horrible problem facing the world and we must continue funding studies to fight it. In time, we will overcome the disease like so many others.

Until then, you might wonder how your state, city or hometown fared in the study. The findings were rather general in terms of specific geography, however. The findings were simply that the Northeast, followed by the Midwest and West were the worst with the South being the least common to have childhood cancers. It is shocking to notice that in general, it seems the farther North you travel, the higher the incidence. Whether that is caused by pollution or some other combination of factors is unknown. In fact, it could be some horrible cosmic coincidence. Without further studies, we will never know.

There were some other interesting side notes however. Kids below 14 were less likely that kids 15-19 years old to get diagnosed. It was also revealed that whites were much more common to be diagnosed in these age groups. These findings are all powerful tools for our scientists and experts to track and define our incidences of childhood cancer. Without studies like this one, the battle is much more difficult.

Because so many things go into the development of such a horrific disease and the countless variations that the disease can take, dealing with it is no easy task. Sometimes it seems that generalizations are being thrown about when in reality we are simply trying to understand a horrible problem. Knowing where the disease is most prevalent is one of the primary steps towards figuring out what causes it. Without such studies, we are destined to be victims of this horrible disease in ever increasing numbers.

Have you ever researched your hometown and its chances of increasing the risk of childhood cancer?