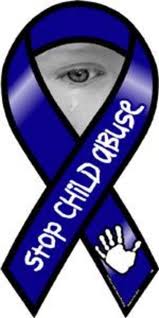 April is officially Child Abuse Prevention month, and learning the signs of child abuse is at a forefront. Preventing children from being hurt or abused, however,  should be a daily concern. In 2010, the last year for which there is solid statistics available, approximately 695,000 children were victims of some type of child abuse, including physical abuse, neglect, and emotional abuse.  Every day, about five children die from child abuse in the United States. These deaths can be prevented, but it takes vigilance from those in the child’s life to recognize the signs of child abuse.

Children who are being abused at home may exhibit many of these signs of child abuse, or very few. Each child is different, so those closest to the child would know best if something has changed in his or her behavior. Signs include:

Parents who are abusing their children also exhibit different signs of child abuse. Like with children, these can vary significantly depending on the person.

Signs that a parent may be abusing his or her children include:

Learning to recognize signs of child abuse in children and their parents can help save lives. If you think a child in your life is being abused, please stand up and say something.