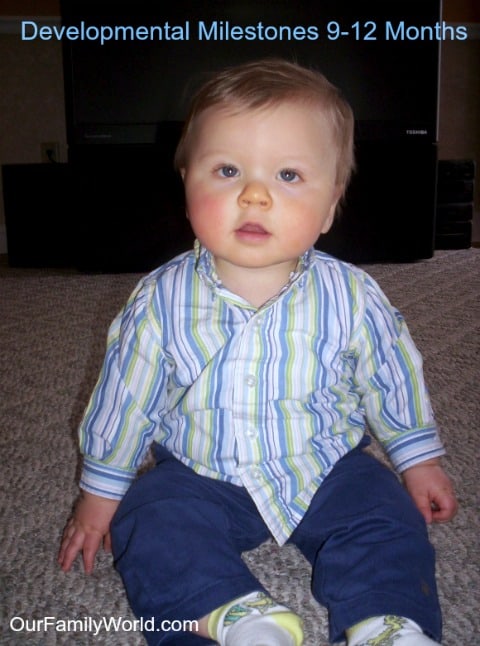 Once your baby reaches nine months, the developmental milestones really start flying by. This is a very busy time for your little one! During these next three months, it’s quite possible he’ll go from sitting up to crawling to standing to walking! That’s a lot of major gross motor skills development. Your days of putting your baby in one spot and having him stay there are gone. If you thought your energy levels were wiped out from sleepless nights and 3am feedings during the first two months of development, just wait until you try to keep up with a baby who’s only goal in life now is to get into spaces that you don’t want him into.


While toys were definitely a major benefit in helping reach those developmental milestones before, they become a vital part of your child’s life now. Toys can help your budding toddler learn while having fun. Choose from developmental toys for babies that are designed to enhance a skill, but also allow some open-ended exploration.