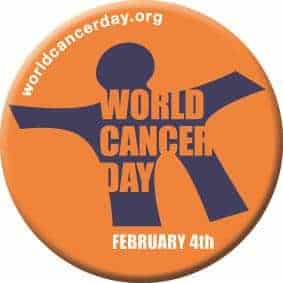 Today is World Cancer Day, a day set aside to spread knowledge and dispel some of the myths surrounding the disease.   Sadly, just about everyone in the world is touched by cancer in some way. Perhaps you lived through it yourself, Maybe you watched a love one succumb to it. You could even just have a friend of a friend who is trying to survive cancer.  By  understanding  just how serious cancer is and how deeply it affects humanity, we can work together to lessen the impact of cancer in our world, and hopefully find a cure so one day no one will have to lose a loved one to the disease again.

Typically, myths are scarier than reality. We’ve all heard dozens of old wives tales about everything from catching a cold by going outside in the winter to creepy urban legends involving ax murderers in the back seat of our cars. When it comes to cancer, though, the reality is scarier than the myth in some cases. 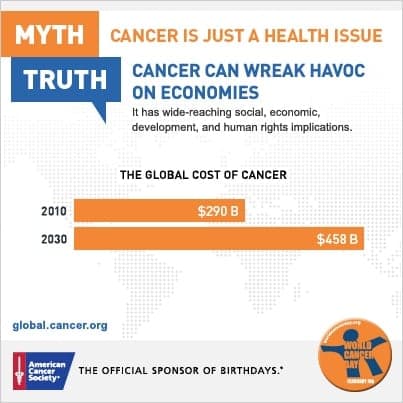 One of those realities that is scarier than the myth is the assumption that cancer is merely a health disease, and that it doesn’t affect any other aspect of society. This is wrong. According to the World Cancer Day campaign, cancer has a negative impact on social and economic advances throughout the entire world.  How? Take a look at these disturbing facts to find out: 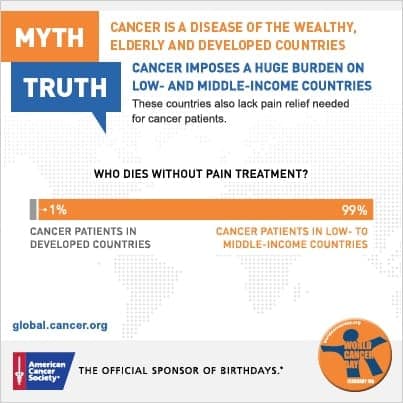 Another myth that is more frightening in reality is the idea that cancer is a disease that primarily affects the wealthy or the elderly. The fact is, cancer kills more people than tuberculosis, HIV, and malaria (diseases typically seen in developing nations) combined each year. Also, nearly half of all people who develop cancer are younger than age 65.

The fact is, cancer affects both the rich and the poor in nations as developed as the United States and Canada to those that are still developing today. Preventing cancer and working towards a cure will take the work of everyone. Whether you’re a biochemist with an idea on how to stop the spread of cancer cells or a college student with a passion for walking, you can do something to help stop cancer.

5 thoughts on “World Cancer Day: Dispelling the Myths About Cancer”