This is a sponsored post written by me on behalf of Healthy Pet. All opinions are 100% mine.

“I love cleaning the litter box!” said no cat parent ever. As much as we love our kitties, we definitely don’t love the dreaded litter box cleaning chore. While nothing in the world can make that task pleasant, there are definite ways to make it a bit less dreadful. Read on for my favorite tips! Pay special attention to my tip about using ökocat Natural Wood Clumping Cat Litter, it’s going to surprise you! 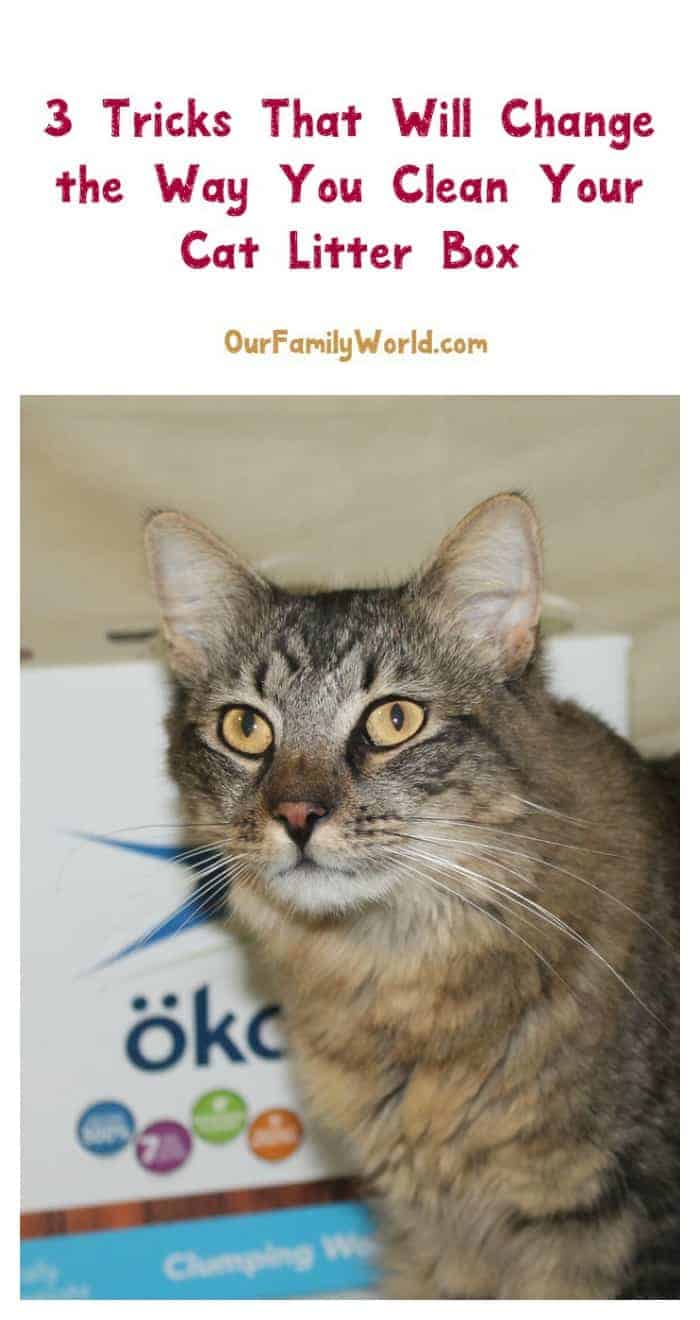 So, I just sat down and did a little math. With four cats, I spend an average of 20 minutes a day cleaning litter boxes. That comes out to a little over 121 hours, or just over five days, a year! Five whole days! Crazy, right? I don’t even take five whole vacation days a year! I’m all about anything that makes the task easier! For me, it comes down to three (ish) things. Let’s check them out!

You’d think that picking out a cat litter box would be easy, but there actually are a TON of different types! While your cat’s comfort should be your first concern (pick the wrong box and kitty won’t use it, trust me), you want something that doesn’t have a ton of ridges, bumps or grooves for litter to get trapped in. Look for a nice, smooth surface inside the box! It sounds like such a silly little thing, but it makes a world of difference.

Obviously, you want to put your litter box somewhere that your cat can find it but where it’s not right in the center of everything. No one wants to look at a gross litter box while they’re eating dinner, after all. Before you tuck it away under one of those fancy “hide a box” cabinet deals, though, think about how you’ll access it when you need to clean it! You shouldn’t have to contort your body and risk needing physical therapy down the road to scoop it out.

Both of our litter boxes used to be in our laundry room. One was super easy to get to. The other required closing the door and hunching down in a weird position to reach. I despised cleaning that box! When my ancient lady, Mally, decided that she didn’t want to walk past the puppies to go to the bathroom, we moved that one downstairs to my “office” area, hidden under a counter behind a pull-out chair. It’s SO much easier to clean out now!

The right litter is EVERYTHING when it comes to making cleaning cat litter boxes less of a chore. Everything. Over 20+ years of cat parenting (my ancient lady just celebrated her 21st birthday!), we’ve tried pretty much every litter out there. If you asked me a few weeks ago which I’d recommend, I would have told you clumping clay litter, no doubt about it. That was before I tried ökocat and realized that I can be better than clay!

I’m going to be honest, I was super skeptical about ökocat when I first saw it. I mean, it’s made of wood, so how could it possibly clump and deodorize as well as clay? Guess what? It actually works better! The wood totally absorbs moisture and locks it in, so it’s super easy to scoop. Not only that, but it absorbs odors like you wouldn’t believe. Like I said, there’s a litter box in my office area. I am sitting three feet from it right now and I don’t smell a thing. In fact, ökocat offers seven-day odor control. While I don’t recommend going seven days without cleaning the box, it’s good to know that if you miss a day the whole house won’t stink!

Did you know that clay litter generates over 2.5 billion pounds of landfill waste every single year in North America? ökocat, on the other hand,  is totally biodegradable and sustainable, since it’s made from reclaimed wood. Plus, it’s about 50-60% lighter than clay litter, so it’s much easier on your back! Especially if you have to tote it from litter box to litter box, up and down stairs like we do. 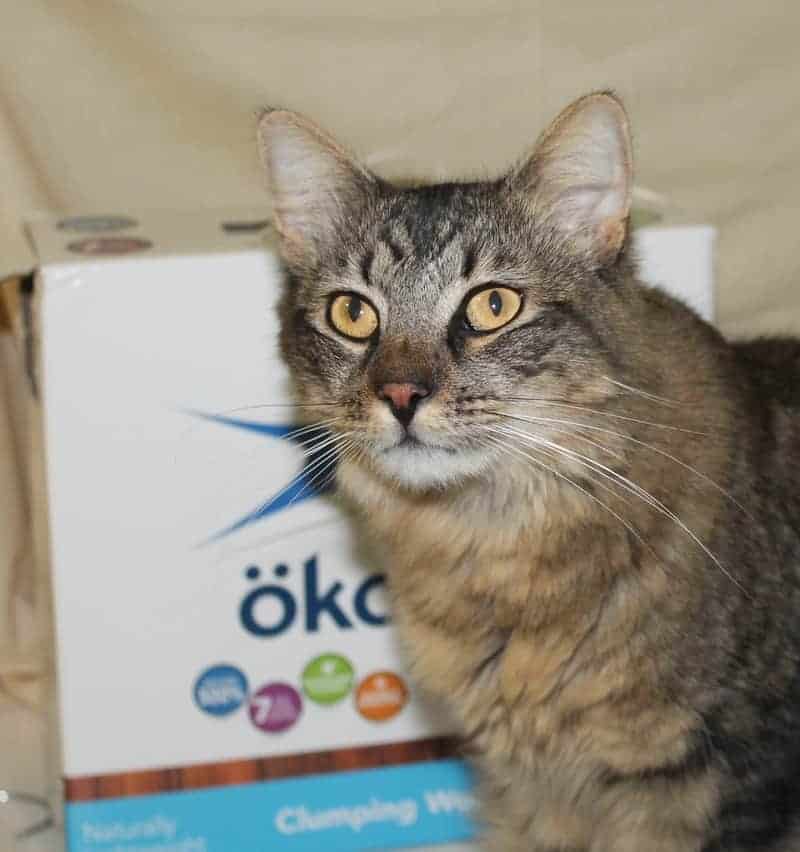 Ready to try out ökocat? Good news! It’s available in over 5,000 grocery and pet stores! Use the store locator to find an ökocat retailer near you. You can also get it online! Buy ökocat online at Amazon or Buy on Chewy.com. Before you purchase it, though, make sure you print an ökocat coupon and save today!

Remember, if you want to make cleaning the litter box less of a chore, it all comes down to three simple things: the box, the location, and the litter. The first two are totally up to you, but for the last one, I highly suggest giving ökocat a try! I bet it will surprise you, too!

What are your tips for making cleaning out the litter box easier? Have you tried ökocat yet? Share your thoughts below!