This post is sponsored by Turtle Beach. All opinions are our own. 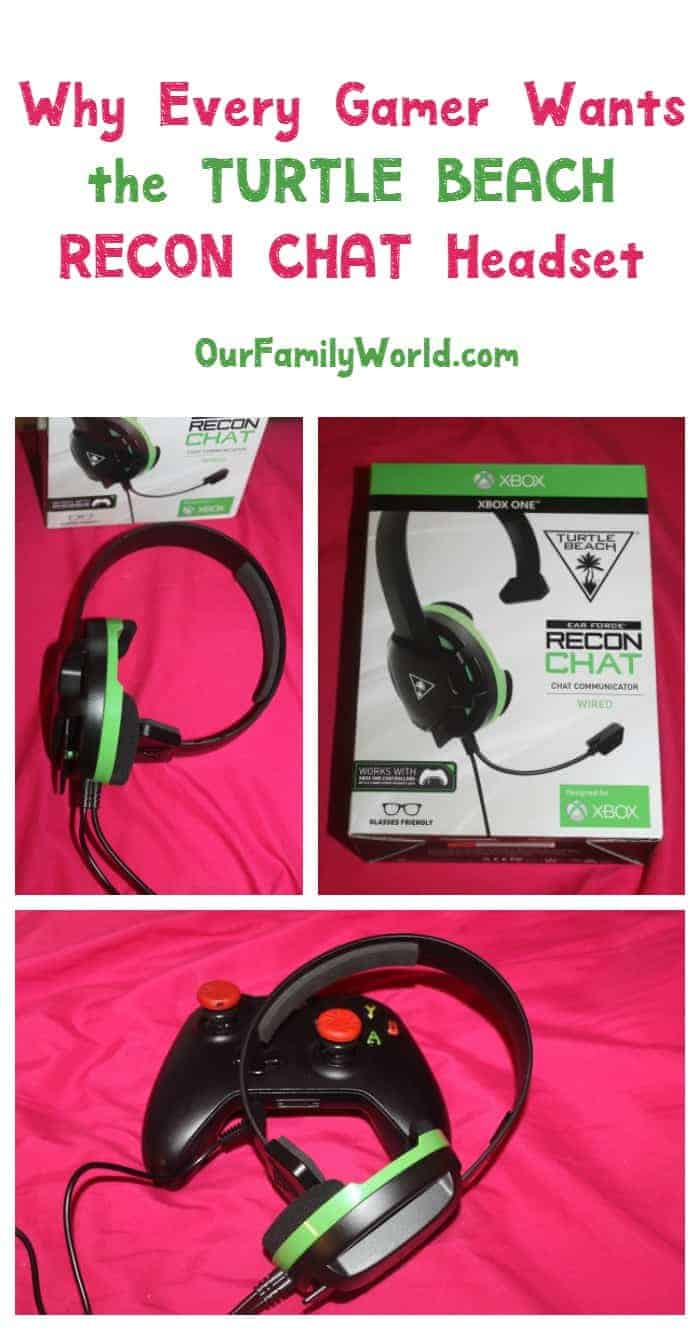 As an avid gamer, my son goes through a lot of chat headsets. A lot of them. I can’t even count the number of headsets sitting in his gamer gear drawer right now. He has some magical ability to destroy even the most indestructible headset. I don’t know what he does to them, but I do know that whatever it is, it’s costing both of us a fortune! I buy him the cheap sets now and he complains that the audio is awful. The TURTLE BEACH® RECON CHAT headset changes all of that.

Why every gamer will be asking for TURTLE BEACH® RECON CHAT

Turtle Beach is the category leader in console Gaming Headsets, and up until now, they’ve been a little out of our price range. They’re absolutely worth every penny, don’t get me wrong, but when you have a kid with magical headset destroying powers, you get a little leery of spending over $20 on a pair. Up until now, Jake has had to settle for cheap replacements of the chat headset that came with the console.  The TURTLE BEACH® RECON CHAT headset is a total game changer! 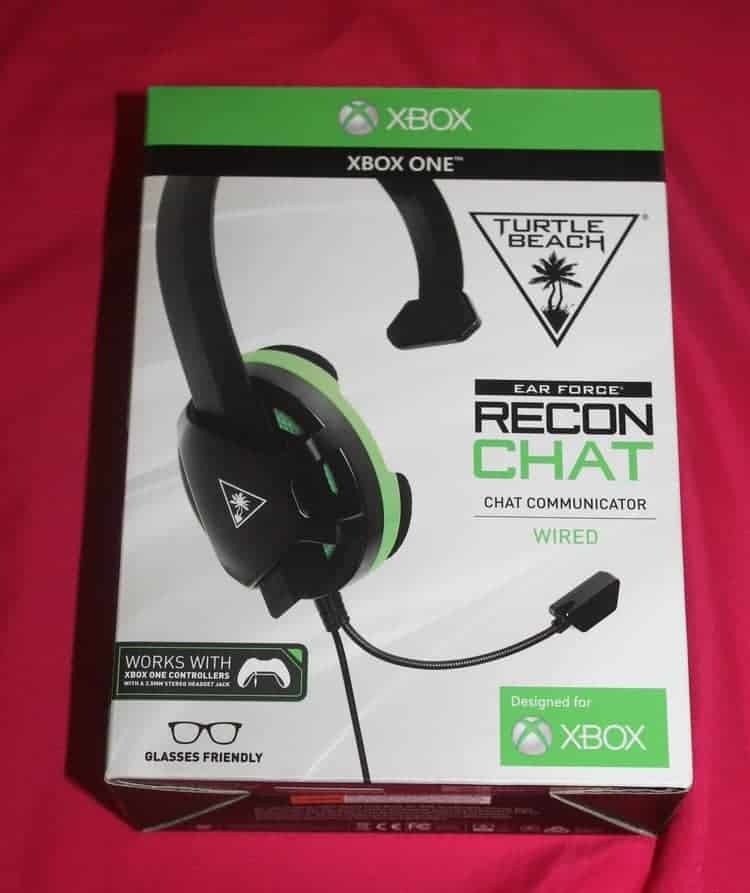 Priced extremely competitively at $19.95, the TURTLE BEACH® RECON CHAT headset is actually a little cheaper than the “official” chat headset! Since it’s made by Turtle Beach, though, you know it’s going to be exceptional. It has a unique open ear-cup that lets you hear your game audio from the TV through both ears while still allowing you to hear your friends. The high-sensitivity mic makes sure they can also hear you loud and clear.

As a parent,  I kind of love this concept because it also means Jake can hear ME when I call up to him to shower or do his homework. I think it has to be better for his ears than constantly blaring game audio into two headphones, right? This feature is a major plus for parents who are gamers, too. Even if you’re doing your gaming after the kids are in bed, you need to be able to hear what is going on around you. 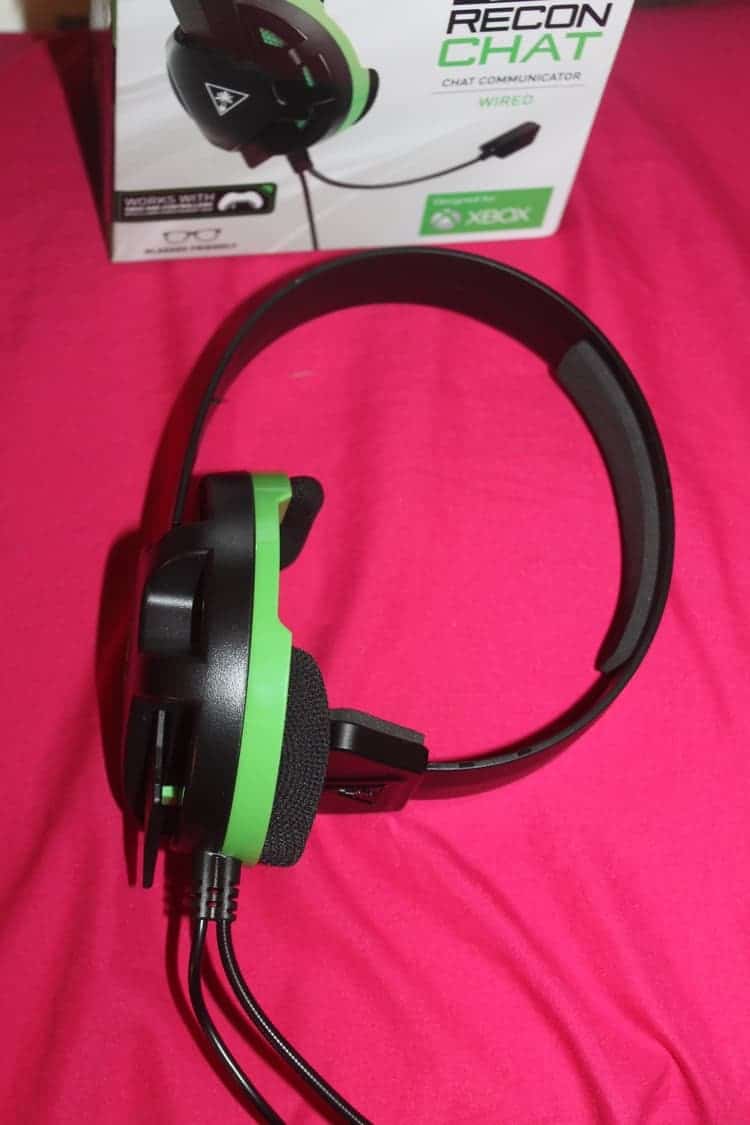 Jake wear glasses, so I also really love the Turtle Beach’s SpecsFit™ glasses friendly over-ear design. There is a special channel in the ear cushion that alleviates the pressure on your glasses. Basically, no more dents in your face after a gaming session. Plus RECON CHAT is crazy easy to set up. I mean crazy easy. Open the package, put the two pieces together and plug it into the jack on the controller. The inline controls put the Mic Mute and Chat Volume right at your fingertips. Trust me, Jake uses that Mic Mute constantly. Apparently, I am embarrassing. I don’t know why! It’s not like I walk into the room saying “hello, my sweet little boo boo bear!” I’m very respectful and keep my lovey doveys to a minimum! 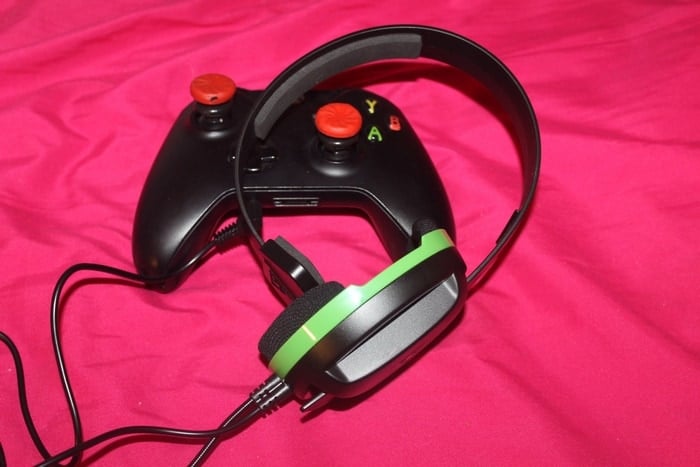 As far as sound goes, Jake is very pleased with how well he can hear his friends through the 40mm speaker. I thought maybe it would be distracting, to hear both the game and his friends, but after giving it a listen, it does really feel like you’re all right there together in the action. The audio is exactly what I would expect from Turtle Beach.

Both Jake and I had high expectations from the RECON CHAT headset. Turtle Beach comes highly recommended by just about every gamer I’ve ever met. With the RECON CHAT, we now have an affordable option. If Jake does manage to break these, replacing them is actually more cost-effective than buying him another substandard console chat headset.

The TURTLE BEACH RECON CHAT headset is available for both the Xbox One and the PS4. Visit their website to learn more about this awesome chat headset that all the gamers are going to want!

Turtle Beach is giving away a RECON CHAT headset to one lucky winner! Just follow the directions on the entry form below to enter. Giveaway ends on 06/04/2017 at 12:00 AM EDT. It is open for U.S residents only.


Have you tried out the Turtle Beach RECON CHAT headset yet? What are your favorite features? Share below!