Looking for the coolest Trolls movie quotes & trivia? We have you covered! From Trolls Branch quotes to Bridget ones, you will find the best quotes. After all, happiness isn’t something you put inside you. You know how much we love sharing fun facts & sayings fro the latest family movies! Trolls is an upcoming computer-animated movie that is due to hit theaters on November 4, 2016. It follows the story of two trolls- Branch, a grumpy survivalist , and Poppy, a giddy princess, who are on a mission to save their town from Bergens, critters who destroy trolls. Justin Timberlake voices the role of Branch and Anna Kendrick voices the role of Poppy. Here are some trivia facts and quotes from the movie Trolls.

Trolls movie is based on the Troll dolls. The original dolls were made in Denmark in 1958 by Thomas Dam. They were originally stuffed with wood shavings.

Mike Mitchell is the film’s director with Glenn Berger and Jonathan Aibel as writers on the film. This trio has worked together on two other films previously- the 2011 Alvin and the Chipmunks: Chipwrecked and the 2015 The SpongeBob Movie: Sponge Out of Water.

Zooey Deschanel voices the role of Bridget in Trolls. This is her 2nd voice movie role as she also voiced the character of Lani in the 2007 movie Surf’s Up.

While Gwen Stefani is best known for her hit songs like Don’t Speak and Rich Girl, she is voicing the role of DJ Suki in Trolls, which happens to be her first voice movie role.

While the movie doesn’t hit theaters until November 4, 2016, it has already been nominated for 2 Teen Choice Awards: Choice Anticipated Movie and Choice Music: Song from a Movie or TV Show for Justin Timberlake’s song Can’t Stop the Feeling. 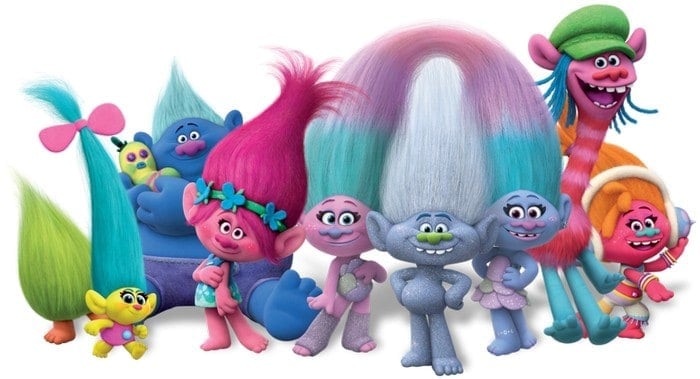 Branch- “My name is Branch and I’m a troll. Why do I live in a heavily fortified survival bunker? Because right outside my door lurks a nightmare, named Poppy. Poppy is the leader of the trolls and it’s not her fault she’s so insanely happy, she’s just never faced a real problem…until now.”

Conversation between Branch and Poppy, while Poppy is making a popup scrapbook:

Poppy- “To rescue everyone and make it home safely.”

Branch- “So you’re going to scrapbook them to freedom.” 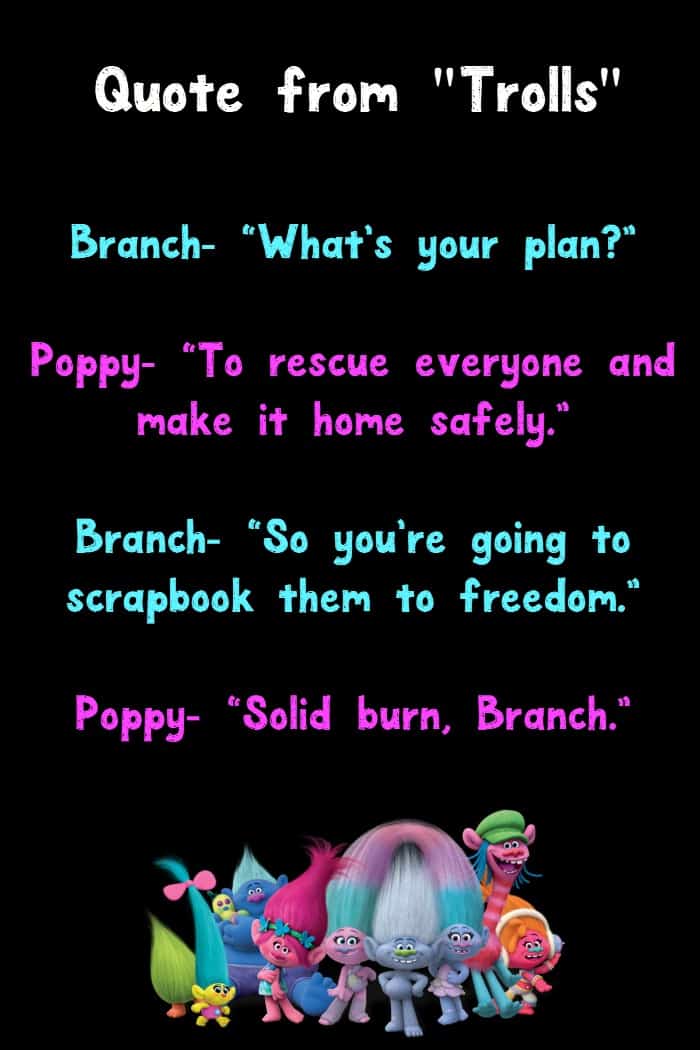 Conversation between Branch and Poppy:

Branch- “Do you have to sing?”

Poppy- “I always sing when I’m in a good mood.”

Poppy- “Why wouldn’t I be? By this time tomorrow I’ll be with all my friends. Oh, I wonder what they’re doing right now.”

Conversation between Branch and Cloud Guy: