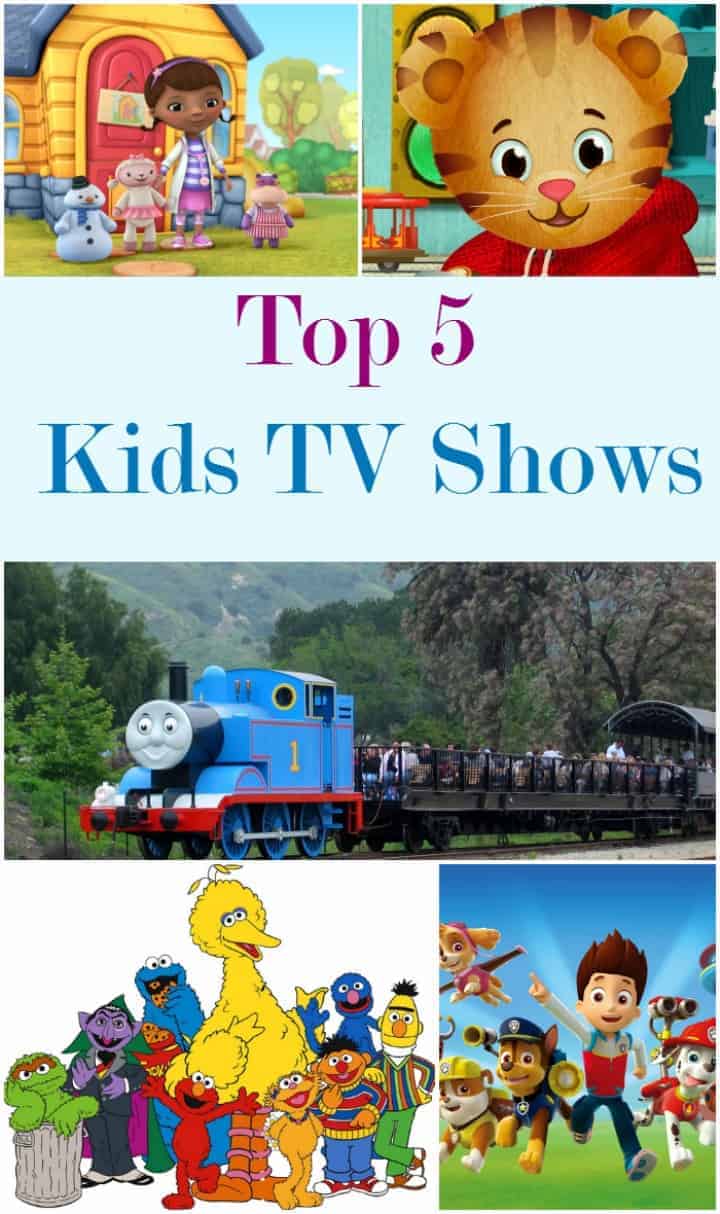 The top kids TV shows of today are so much different than the shows we grew up with! Remember back in our day (don’t you feel old saying that?), we had to wait until Saturday morning to watch cartoons? My kids can’t believe that I couldn’t just turn on the Cartoon Network, Nick, the Disney Channel or any of the other dozen kid channels and start watching! Today, kids have so many choices, it’s hard to know which are the most educational yet entertaining for little ones. We’ve compiled a list of the top kids TV shows of today for younger children. Check it out!

Sesame Street has been on the air since 1969 and can be seen on PBS. Throughout the years there have been countless celebrity appearances on the show including Buzz Aldrin, Cameron Diaz, Zac Efron, Zoe Saldana, Tony Hawk and Carrie Underwood. Sesame Street utilizes an array of live actors along with animation and puppets to teach young viewers the basics of math and reading. Other lifestyle goals are also featured such as crossing the street safely and healthy eating habits.

Thomas and Friends has been airing since 1984 on PBS. The show is about a train named Thomas and his friends that work on the railways. The show does a great job teaching kids about relevant things like sharing, making friends and dealing with tough kids.

Doc McStuffins has been on the air since 2012 and can be seen on the Disney Channel. Dottie, Doc, dreams of being a doctor just like her mom. She practices her skills by repairing dolls and toys. She interacts with the dolls and toys because they come to life when she puts on her stethoscope. She has the assistance of her friends Chilly, a snowman; Stuffy, a dragon; Lambie, a lamb and Hallie, a hippo.

Paw Patrol has been airing on Nickelodeon since 2012. Paw Patrol is an action-adventure show that is computer generated. It showcases the lives of seven puppies and their pal, who is tech-savvy. The team works together to protect their city by completing rescue missions. Each puppy has their own unique personality. For instance, Chase is a police puppy while Marshall is a firedog. Each puppy is equipped with their own puppy backpack to help them with any situation.

If you grew up watching Mr. Rogers, Daniel Tiger’s Neighborhood may seem a bit familiar to you. It’s actually based on Mr. Roger’s Neighborhood of Make-Believe! The show first aired in September 2012 on PBS and centers around Daniel Tiger. Fun fact: he’s the son of the original Daniel Striped Tiger from Mr. Rogers! Many of the other characters are children or nephews to the original characters from the long-running children’s show. The show continues Fred Rogers’ mission to teach respect for others and emotional intelligence. This is a great show to get a head start on preventing bullying in preschoolers!

There are certainly other fantastic shows for children, but these are our picks for the 5 top TV shows for kids of today! Each one teaches children different educational and life skills while keeping them engaged.

Do you have any other picks for the top kids TV shows of today? Share in the comments!