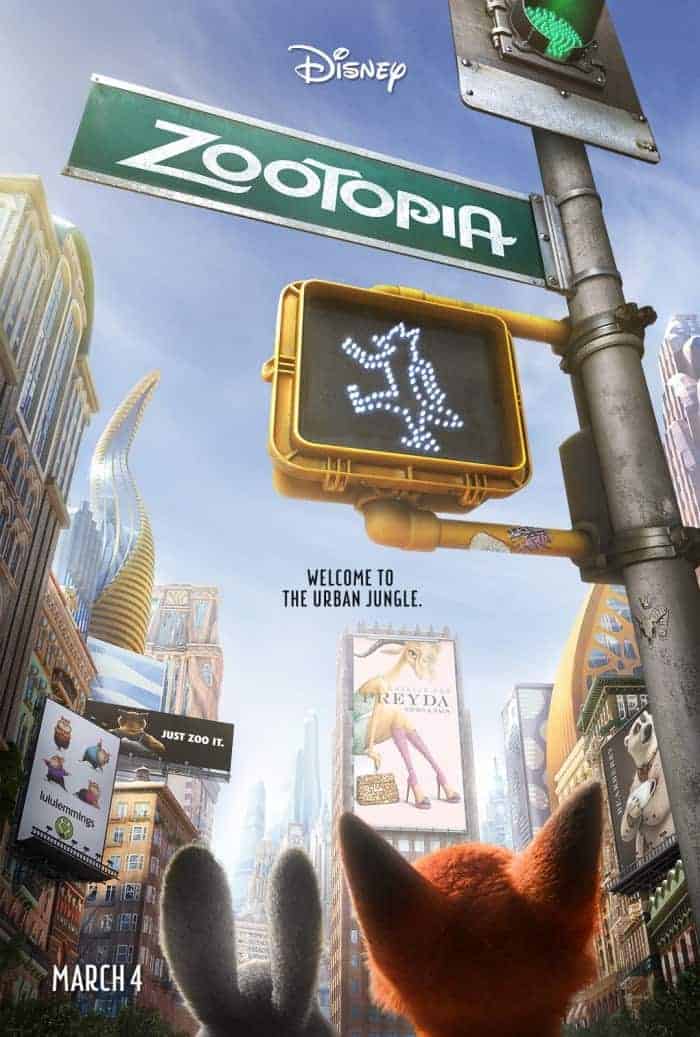 Aside from being insanely entertaining, did you know there are quite a few positive lessons and things Zootopia can teach kids? By now, you have probably heard of the hype surrounding the movie Zootopia, the  3D computer animated film that hit theaters on March 4, 2016,.  The film is about a rabbit cop named Judy, a fox named Nick, a con artist and their city, Zootopia. While these anthropomorphic animals are cute, it is the underlying messages that parents seem to be talking about. Here are some cool things Zootopia can teach kids.

One of the main things that Zootopia teaches kids is about perseverance. It shows kids that you can obtain anything you want in life with some hard work. The main character, Judy Hopps, wants to make the world a better place to live by being a police officer. All through the film, no one really takes her seriously because she is a small rabbit and not really mean. However, Judy works very hard to become the best cop she can. Her ability to triumph over what others think shows kids that size doesn’t matter, it’s what’s inside that really counts. As long as you believe in yourself, you can do anything.

Zootopia shows kids to look for similarities in others instead of looking for differences. The animals and the people that reside in Zootopia are an array of various sizes, colors and shapes. Judy Hopps, the rabbit, sees that they are all the same in some ways. She doesn’t see the differences that they have, yet looks for ways to see what makes them all the same. This even holds true with the fox, Nick, whom she has reservations about it in the beginning, but later sees him as someone she can trust after all.

Teaching kids about persistence is mainly showcased in the movie’s theme song, Try Everything by Shakira. The song is not only catchy, but they lyrics are incredibly powerful. The song is about trying something and even though you may stumble or fall, you need to get right back up and start once again. Lyrics: “I messed up tonight, I lost another fight. I still mess up but I’ll just start again.”

Aside from these subtler things Zootopia can teach kids, there’s also a very strong message against prejudice throughout the film. From the very beginning, the film teaches kids not to judge Judy (ugh, pun not intended) based on her appearances. Later, as the film progresses, the message against hatred and bigotry because more powerful. In the end, the things Zootopia can teach kids will depend on how you help explain the deeper messages to them, but the movie definitely sets up some great conversations!

Did you see the movie yet? What other things do you think Zootopia can teach kids? Tell us in the comments