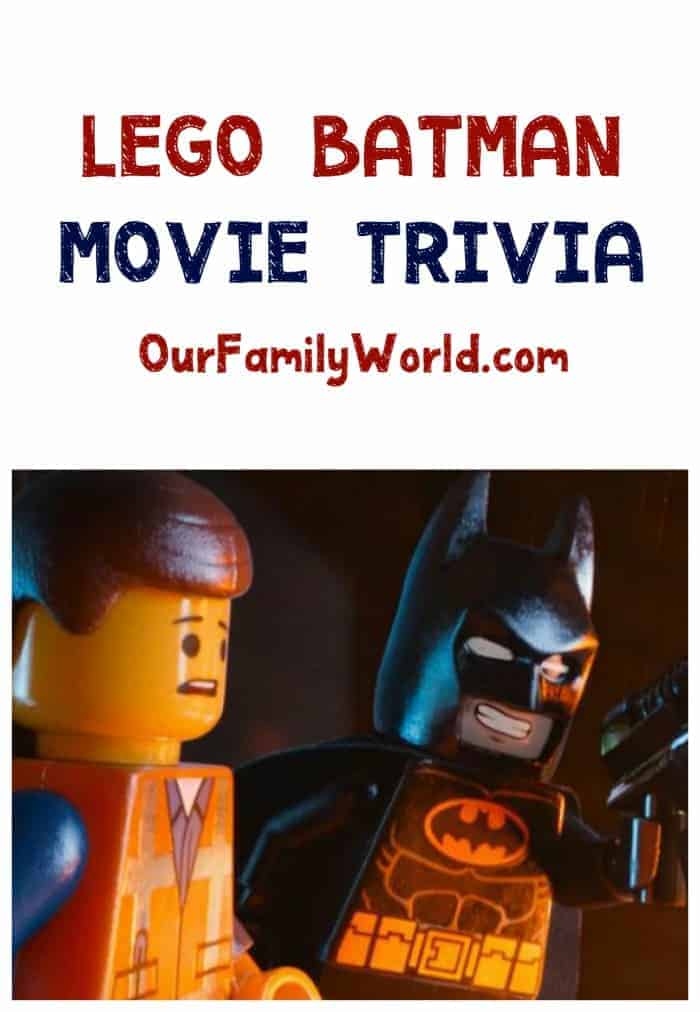 Looking for The LEGO Batman movie trivia and fun facts? We’ve got you covered! I can’t tell you how excited my family is for this one! LEGO Batman was the first video game that my son and I played together, so it’s very dear to my heart. The Lego Batman Movie is an upcoming computer-animated action comedy superhero movie that will be released in theaters on February 10, 2017. It is the spin-off to the 2014 The Lego Movie.

The movie features an all-star voice cast that includes Will Arnett as Bruce Wayne/Batman, Zach Galifianakis as The Joker, Michael Cera as Dick Grayson/Robin and Rosario Dawson as Barbara Gordon/Batgirl. Here is some interesting trivia from the upcoming movie.

This will be the 4th movie that Rosario Dawson stars is that is based on the DC Comics. The other 3 are:

The Lego Batman Movie is the 3rd animated Batman movie. The 1st was the 1993 Batman: Mask of the Phantasm and the 2016 Batman: The Killing Joke.

Currently, there are two more Lego movies in the works. The Lego Ninjago Movie will be released in theaters on September 22, 2017 while The Lego Movie Sequel will hit theaters on February 8, 2019.

While Zach Galifianakis, the voice of The Joker, has starred in several movies including The Hangover trilogy, Dinner for Schmucks and Due Date, he has previous only had one other movie voice role, voicing the role of Humpty Dumpty in the 2011 movie Puss in Boots.

Will Arnett, the voice of Bruce Wayne/Batman, has had 6 other voice movie roles. They are:

There you go! Just a few fun The LEGO Batman movie trivia tidbits to really get you excited about this upcoming family film (as if you need more of a reason to go see it!). Remember, it releases on February 10, just in time for a Valentine’s Day date with your kids!

Have you heard any other great LEGO Batman movie trivia? Share in the comments!