Get ready to rock during Jungle Book Trivia night with our facts & quotes! Hey, that’s a thing, right? If not, it should be! The Jungle Book is one of the coolest stories of all time. It has everything: adventure, action and a lovable guy who understands the “bear” necessities of life. I’m super excited for the live animation version. With so many live-action remakes of princess movies coming out, it’s about time one of Disney’s more gender neutral flicks got the same treatment.

The Jungle Book is a 2016 3D live animation fantasy adventure movie that is a remake of the 1967 animated movie The Jungle Book. The film features the voices of Neel Sethi as Mowgli, Bill Murray as Baloo, Ben Kingsley as Bagheera, Idris Elba as Shere Khan, Scarlett Johansson as Kaa, Lupita Nyong’o as Raksha, Christopher Walken as King Louie and Giancarlo Esposito as Akela. The Jungle Book will hit theaters April 15, 2016. Here are some interesting trivia, facts and quotes from The Jungle Book.

In the 1967 version of The Jungle Book, King Louie was an orangutan but in the 2016 version, King Louie is an orangutan’s ancestor known as gigantopithecus. Could he have been the original Big Foot?

This is the first Disney movie that Bill Murray stars in. Several of the other movies he has starred in were released by Touchstone Pictures, a Disney label.

The original release date of The Jungle Book was supposed to be October 9, 2015 but ended up switching places with the film The Finest Hours. However, The Finest Hours later was pushed back and is set to be released on January 29, 2016. 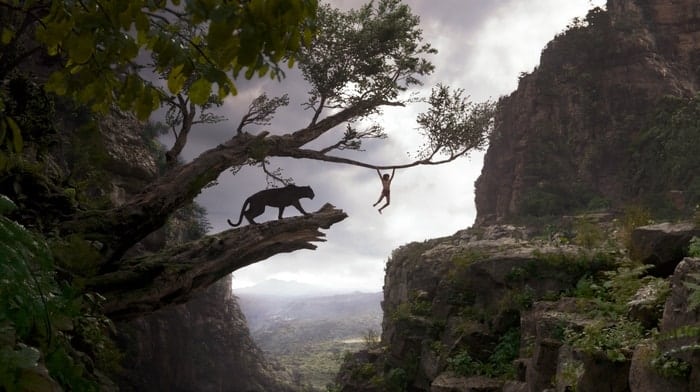 Three of the cast members have appeared in Marvel Comics movies, with Elba and Johansson starring in one movie together. Kingsley played the role of Mandarin in 2013 Iron Man 3. Johansson played the role of the Black Widow in 2010 Iron Man 2, 2012 The Avengers, 2014 Captain America: The Winter Soldier and 2015 Avengers: Age of Ultron. Elba starred in the role of Heimdall in 2013 Thor: The Dark World and 2015 Avengers: Age of Ultron.

Wondering where the wolf cubs in the movie got their names? They’re an homage to different members of the crew.

While you won’t hear the hit song “The Bare Necessities” in its entirety in this version, you might catch a hint of it. Baloo whistles it at one point in the movie.

In the 1967 movie version, Kaa the Indian python was voiced by a male, Sterling Holloway but in the 2016 version, Kaa is voiced by a female, Scarlett Johansson. In fact, this is the very first time Kaa is portrayed as a girl snake.

Scarlett was 8 months pregnant during her voice-over. Talk about cutting it close!

John Debney, who is responsible for the film’s music score has also Composed the scores for 12 other Disney movies including My Favorite Martian in 1999, Snow Dogs in 2002 and Hannah Montana: The Movie in 2009.

When the characters of Baloo, Kaa and Shere Khan were talking in the movie, the filmmakers used the mouth movements of actual animals instead of using humans.

In the trailer: Kaa says, “Are you alone out here? What are you doing so deep in the jungle? Don’t you know what you are?”

“If you can’t learn to run with the pack, one of these days, you’ll be someone’s dinner.”- Bagheera

Mowgli explains to Bagheera that he’s helping Baloo prepare for hibernation. Bagheera says “Bears don’t hibernate in the jungle,” to which Baloo replies “Not full hibernation, but I nap a lot.”

“If you can’t learn to run with the pet, one of these days, you’ll be someone’s dinner.”- Bagheera

Do you know any other fun  Jungle Book trivia? Are you planning to see this movie in theaters? Tell us in the comments!