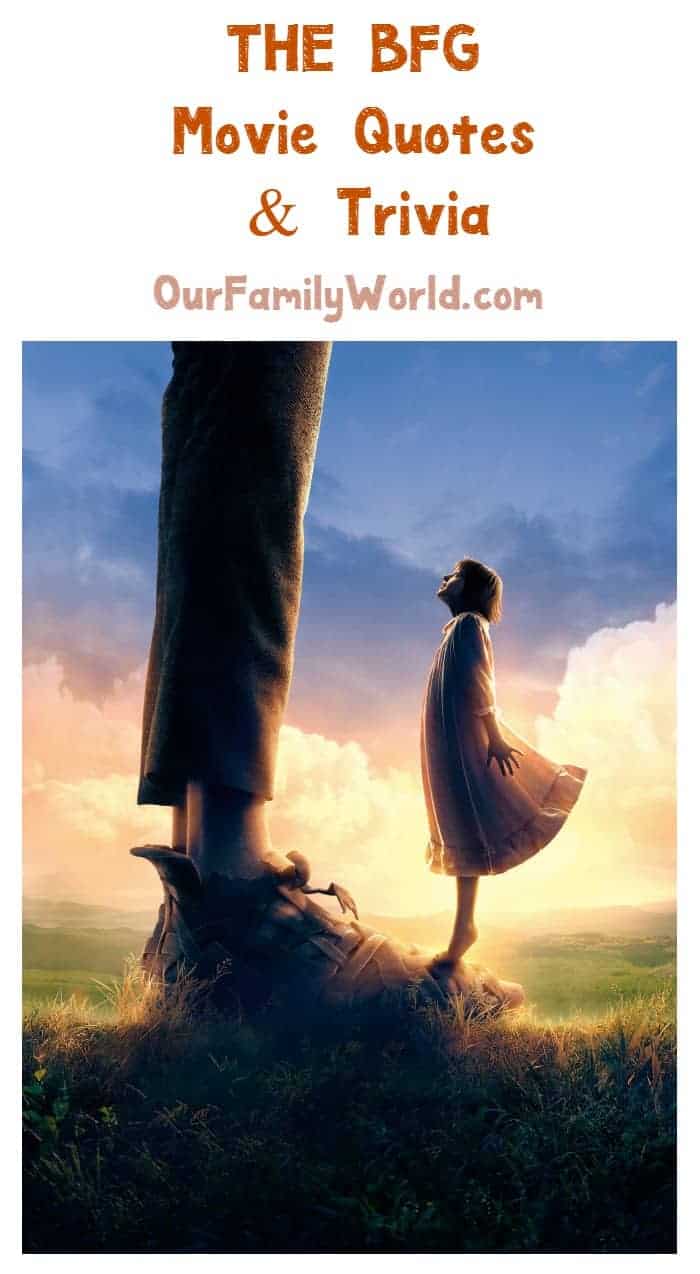 Are you as excited about seeing Roald Dahl’s classic come to life as we are? We’re sharing our favorite The BFG movie quotes & trivia to celebrate the upcoming release! The BFG, which stands for Big Friendly Giant, is a 2016 fantasy adventure movie that will hit theaters on July 1st. Steven Spielberg is the movie’s director and producer.  The movie showcases the adventures of Sophie, a young girl and The BFG, a kindhearted giant who is an outcast among his peers. The movie is based on the 1982 book of the same name by Roald Dahl. Here are some fun and interesting BFG trivia facts and quotes!

Conversation between Sophie and The BFG:

Sophie- “Why did you take me?”

The BFG- “Because I hears your lonely heart, in all the secret whisperings of the world.”

Sophie’s voice-over from the movie trailer:

“It was the witching hour when the boogieman comes out when people go missing. The girls say the witching hour arrives at midnight, and I think it comes at three in the morning when I’m the only one left awake. Like always, like now. Never get out of bed. Never go to the window. Never look behind the curtain. And that is where our story begins.”

Conversation between Sophie and The BFG:

Are you planning to see this movie with your family? Do you have any favorite The BGF movie trivia or quotes that we missed? Tell us in the comments!

6 thoughts on “7 Things You Didn’t Know About The BFG + Fun Movie Quotes!”