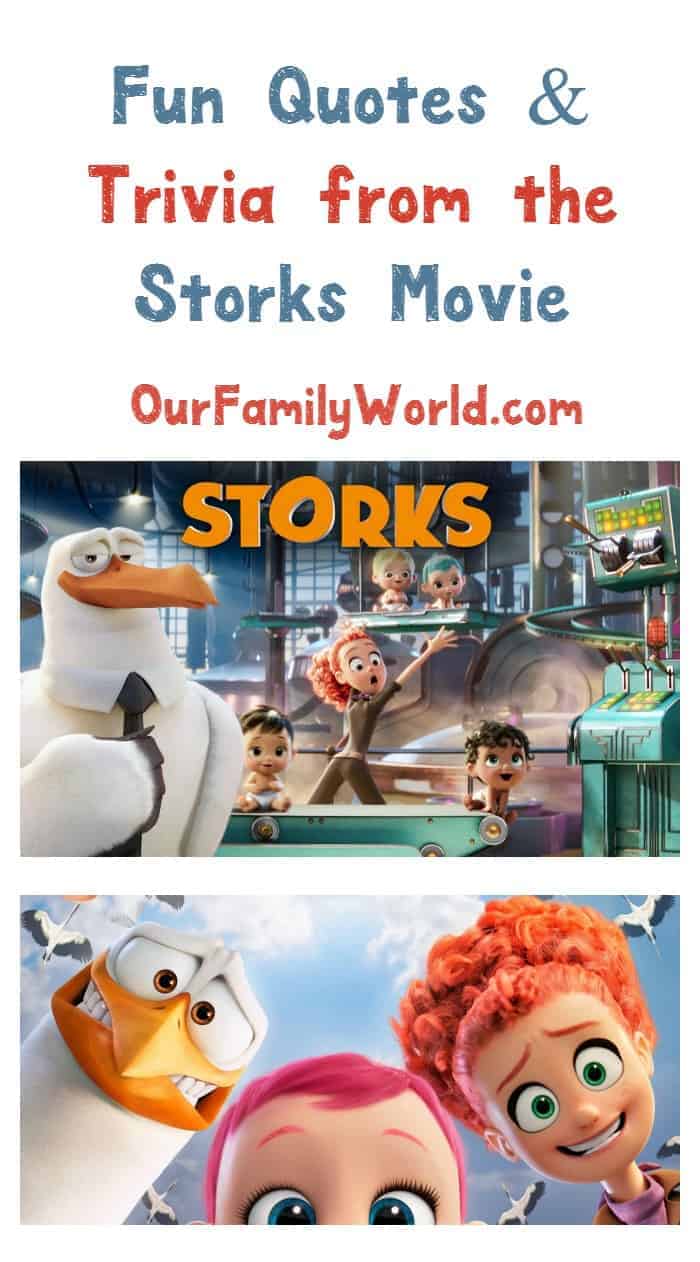 Earlier this week, I promised you some great Storks movie quotes and trivia. Today’s the day, my friends! I’m so looking forward to seeing this upcoming family movie. We’ve all heard that adage about where babies come from, right? Even if your parents sat you down and gave you “the talk,” chances are, at some point, you heard that they were delivered from storks. Well, the new computer-animated comedy from Warner Bros. Animation tells the tale of life after the big-beaked birds gave up baby delivery duty…and what happens when one bird accidentally reactivates the baby making machine!

Junior, in a voice over, from the movie trailer:

Junior- “You’re probably asking yourself how a stork, a girl and a baby wound up in this situation? Let me go back at the beginning of the story.”

Conversation between Junior and Tulip, a human searching for her own family:

Tulip- “If this baby finds her family then maybe I can find mine.”

Hunter, the company’s CEO, to Junior:

Hunter- “Junior, I saved this company by getting out of babies and into package delivery. Monday, it’ll all be yours, barring some monumental screw-up.”

Conversation between Nate Gardner and his father, Henry and his mother, Sarah:

We will update this with more great Storks movie quotes once the movie releases, so check back!

Are you planning to see this movie with your family? Have you heard any fun Storks trivia? Share in the comments!