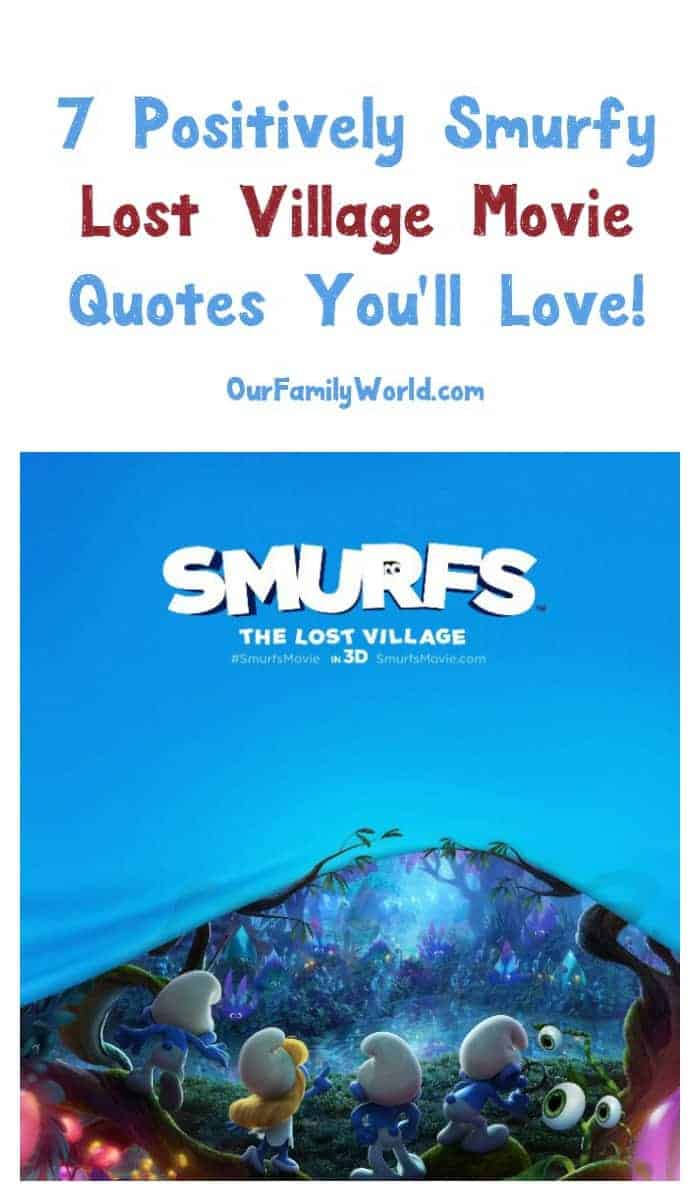 Looking for Smurfs: The Lost Village movie quotes? These quotes from all the Smurfs movie will have you singing “la la la la la la” in no time! Did I mention that I’m super stoked for this upcoming family movie? If you checked out our Lost Village trivia, you’ll find out why. The reboot takes us back to the Smurfs roots in the magical, enchanted forest. It feels more like the Smurfs so many of us grew up with.

Smurfs: The Lost Village is a 2017 computer animated movie that features adventure and comedy. The movie will be released in theaters on April 7, 2017. Check out some of our favorite quotes from the upcoming movie as well the 2011 and 2013 versions.

Quotes from Smurfs: The Lost Village- 2017

Voiceover, from the beginning of the official movie trailer:

Voiceover- “We all the place, the magic mushroom houses, the tight white pants and all the different attitude. There’s the artsy-fartsys, worrywarts, shade throwers, noisy. And then there’s one thing they have in common…they are all dudes, except for one. But what if there was more to the story? What if there are other Smurfs out there?”

Conversation between Smurfette and Papa Smurf, after she discovers the Lost Village:

Smurfette- “A few days ago, I saw someone who looked like us.”

Smurfette- “And they dropped this map.”

Gargamel, an evil wizard, talking to his cat:

Gargamel- “A lost Smurf village? It’s time to take a road trip. We have to find the village before they (The Smurfs) do.”

Hefty Smurf- “I didn’t think the Lost Village was going to be this hard to find.”

Conversation between Smurfette and Papa Smurf:

Smurfette- “Papa, every year on my birthday, I have these horrible dreams about where I come from and it– it makes me wonder who I really am.”

Papa Smurf- “And every year, I remind you: It doesn’t matter where you came from. What matters is who you choose to be.”

First lines of the movie, by Narrator Smurf:

Narrator Smurf- “There is a place. A place that knows no sadness, where even feeling blue is a happy thing. A place inhabited by little blue beings three apples high. It lies deep within an enchanted forest, hidden away beyond the medieval village. Most people believe this place is made up, only to be found in books or children’s imagination. Well, we beg to differ.”

Do you have any favorite Smurfs: The Lost Village quotes? How about lines from the other movies? Share below!