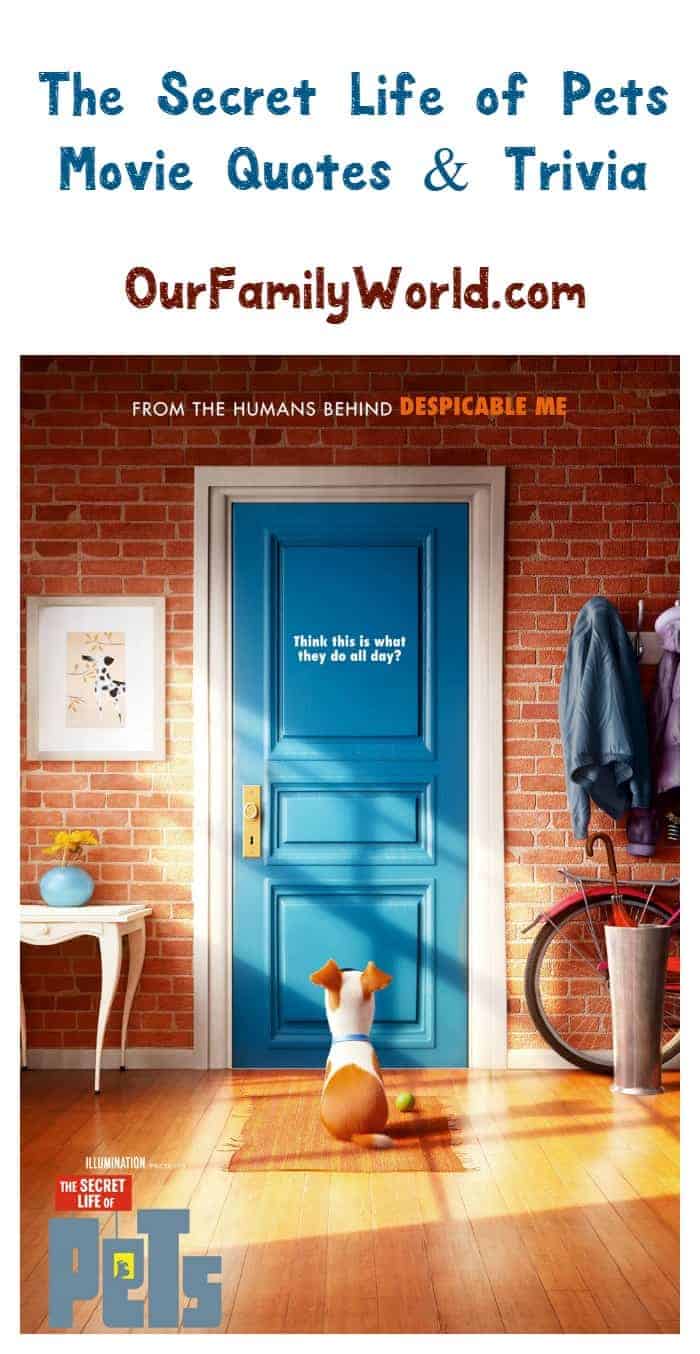 Do you ever wonder what your pets really do when you leave home for work, school or errands? In the upcoming movie,  The Secret Life of Pets, you’ll get some great insight into this! The 3D computer animated comedy film will hit theaters on July 8, 2016. Here are some fun Secret Life of Pets movie quotes & trivia!

This is the 6th animated movie that has been produced by Illumination Entertainment. Previously, they produced  Despicable Me, Hop, The Lorax, Despicable Me 2 and Minions.

Watch closely for the movie poster on the back of the bus that Snowball is driving! It’s for the movie Sing, another Illumination film coming out this year!

Conversation between Gidget and Max:

Gidget- “Oh, that sounds exciting. Well, I won’t interrupt. I’ve got a very busy day too.”

Conversation between Max and Duke, as they are picked up by an animal rescue truck:

Duke- “And we had a great thing going. I blame myself.”

Snowball, talking to Max and Duke:

Snowball- “I’m gonna bust the both of you out of here, but from now on you work for me.”

Conversation between Gidget and Max, talking about the arrival of Duke:

Are you planning to see The Secret Life of Pets? Tell us in the comments what you’re most looking forward to about this movie!