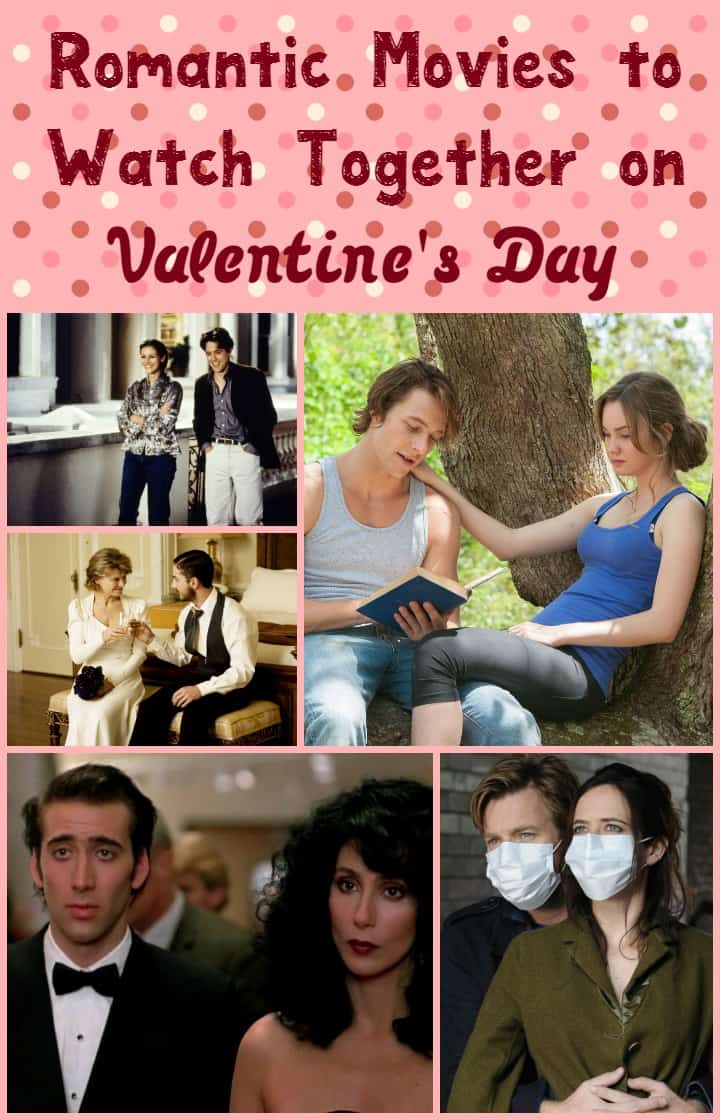 Romantic Movies to Watch as a Couple on Valentine’s Day

is a 1987 romantic comedy film starring Nicholas Cage, Cher, Olympia Dukakis, Danny Aiello and Vincent Gardenia. Moonstruck won a handful of awards including Academy Awards for Best Actress for Cher, Best Supporting Actress for Olympia Dukakis and Original Screenplay. What happens when a woman falls in love with her soon-to-be brother-in-law?

is a 2011 drama film starring Eva Green and Ewan McGregor, along with Ewen Bremmer, Stephen Dillane, and Connie Nielsen. After an epidemic occurs, that takes sensory perceptions from humans, a chef, and a scientist develop a relationship.

The Best of Me

The Best of Me

is a 2014 romantic drama film that is based on the 2011 book of the same name by Nicholas Sparks. The film stars James Marsden, Michelle Monaghan, Luke Bracey and Liana Liberato. A couple, who were high school sweethearts but parted ways, are reunited once again when a mutual friend passes away.

New York, I Love You

New York, I Love You

is a 2008 romantic comedy-drama anthology movie are a series of short films, each directed by someone different. Each of the short films is dedicated to the subject of love and are all set in areas of New York including Manhattan, Queens, Staten Island, Bronx, and Brooklyn. The movie features an all-star cast including Hayden Christensen, Natalie Portman, Orlando Bloom, Robin Wright Penn, Blake Lively, Bradley Cooper, John Hurt, Burt Young, Taylor Geare and Eva Amurri.

These are just a few of my favorite romantic movies

to watch as a couple on Valentine’s Day! Hollywood has no shortage of epic love stories; that’s for sure!

What are your favorite romantic movies for Valentine’s Day? Tell us in the comments!