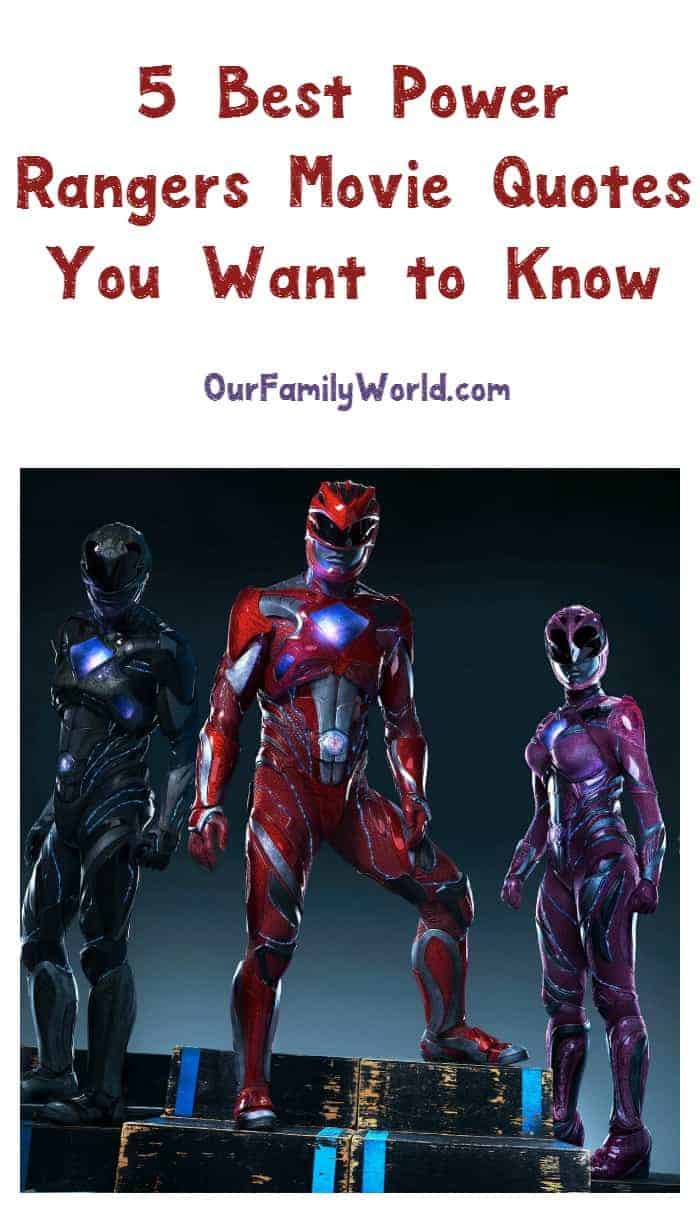 Conversation between Jason Scott and Sam Scott, after Jason wrecks the car:

Jason- “Is this to remind me of my screw-up?”

Sam- “You know, I don’t think we’re ever going to understand each other.”

Jason Scott is also known as the Red Ranger, played by Dacre Montgomery and Sam Scott, played by David Denman, is Jason’s father.

Zordon, talking with the Power Rangers, including Zack Taylor and Kimberly Hart:

Zordon- “The answer to what is happening to you is here. You five are the Power Rangers.’

Zack- “Did I just hear you say we’re Power Rangers?”

Kimberly- “Is this some kind of joke? We’re talking to a wall.”

Zordon- “Power Rangers were a legion of warriors. You must become those warriors.”

The five teenagers think they are just normal high school kids, until they discover they are the newest generation in a long history of warriors, called Power Rangers.

Quotes from the 1995 Mighty Morphin Power Rangers: The Movie

Zordon, explaining to the Power Rangers who Ivan Ooze is:

Zordon- Six thousand years ago, a Morphological Being, known as Ivan Ooze, ruled the world with a reign of unparalleled terror. He was on the verge of completing construction of his ultimate weapons, The Ectomorphicon Titans, twin machines capable of enslaving the entire universe. A group of young warriors, like yourselves, lured him into a hyper-lock chamber and buried him deep underground; but now the chamber has been accidentally uncovered, you must return it to the depths, before it is opened and Ivan is released. Use extreme caution Rangers, you are dealing with an evil here that is beyond all imagination.”

Zordon is the mentor to the Power Rangers, voiced by Nicholas Bell in 1995 and Bryan Cranston in 2017.

Rocky- “Well, pack your bags. ‘Cause we’re sending you back right where you came from.”

Kimberly- “You obviously don’t know who you are dealing with, Mr. Raisin Head.”

Ivan- “Whoo! Where’s my autograph book? Ha! Power Rangers, huh? So, Zordon’s still using a bunch of kids to do his dirty work.”

Have you heard any other cool Power Rangers movie quotes? Share in the comments!